The stepmother of Ryan Knauss, 23, said they received the news Friday morning that he had died in the attack in Afghanistan. 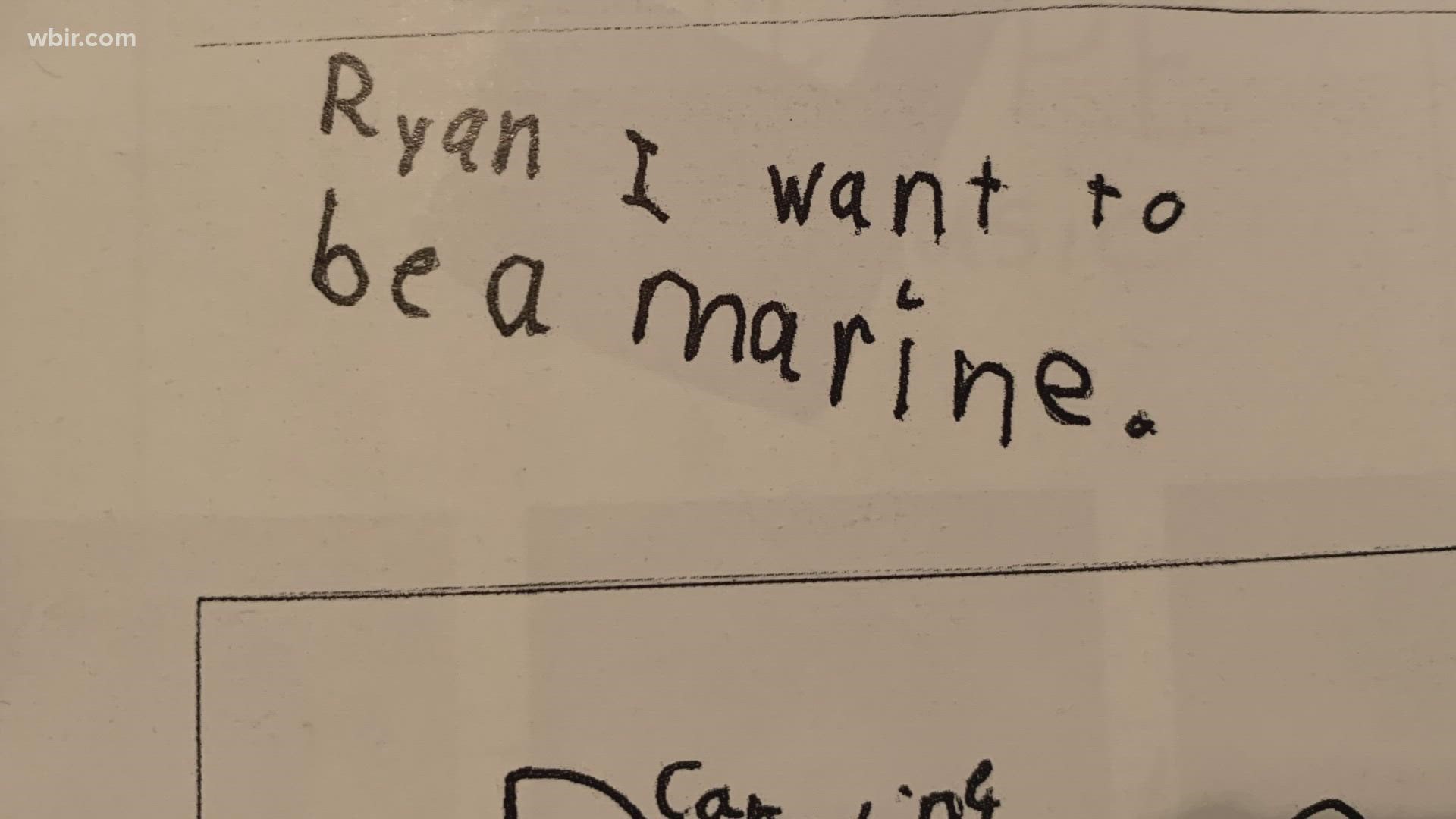 KNOXVILLE, Tenn. — An East Tennessee family is in mourning after learning Friday that their son had died in a bombing outside Kabul's airport the day prior.

The stepmother of U.S. Army Staff Sergeant Ryan Knauss, 23, said they received the news he had died around 7:30 a.m. Friday.

Knauss' family and friends said he attended Gibbs High School and joined the military shortly after graduation. His stepmother said he loved to laugh, help his wife Alena in her garden, and enjoyed working with his hands to build things.

She said he had just finished Psychological Operations training and was hoping to serve in Washington, D.C.

There's been an outpouring of support from those who knew him. His former high school principal, Jason Webster, said Afghanistan suddenly feels a lot closer to home.

"I mean, I shook his hand," he said. "I handed him the diploma and to know that he was going to sacrifice for me is just unbelievable."

As a 2016 graduate of Gibbs High school, he said Ryan Knauss was a leading student in the JROTC program.

"Talking to Colonel Schaffer, his teacher earlier today just talking about the things he did in that class and the leadership," Webster said. 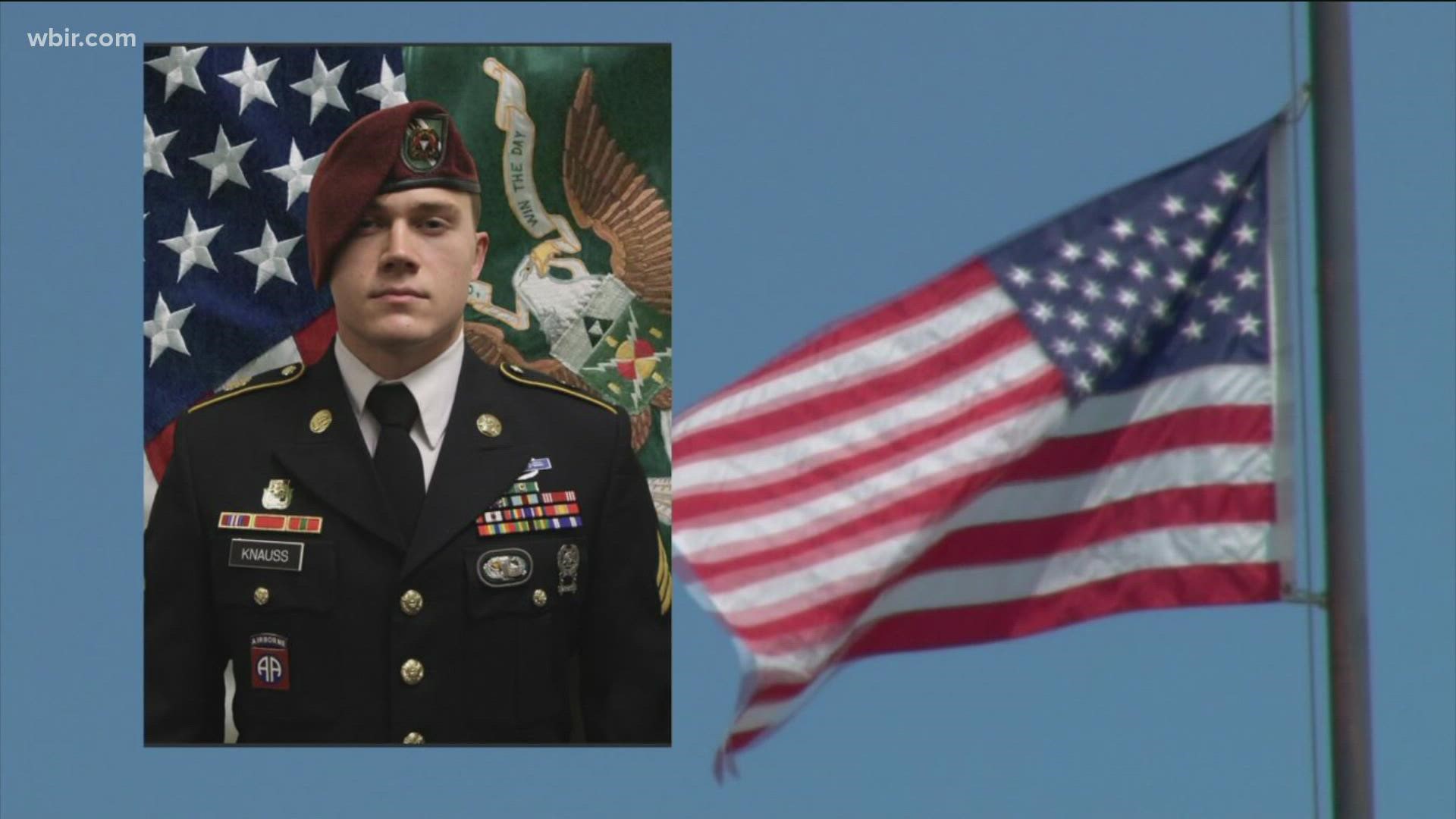 Knauss enlisted in the military to serve his country right after graduation. Webster said he was proud of him for his dedication and was happy to call him a Gibbs Eagle.

He showed that dedication from a young age. A former classmate of Knauss', Brianna Rittenhouse, reached out to WBIR to share some of what he wrote in his second-grade yearbook. In it, she said he also drew a picture of himself in uniform as a Marine.

It's a picture of himself in uniform where beside it he wrote exactly what he wanted to be when he grew up.

On Monday, Knoxville Mayor Indya Kincannon said she and other community leaders would light the pedestrian walkway over Henley Street red, white and blue in honor of Knauss.

"His service & sacrifice will not be forgotten," she said.

Congressman Tim Burchett, other community leaders and I will light the pedestrian walkway over Henley Street in red, white & blue in honor of U.S. Army Staff Sgt. Ryan Knauss from Gibbs, who was killed while serving our country. His service & sacrifice will not be forgotten. pic.twitter.com/pTQSkPsMDG

Ryan Knauss gave his life outside Hamid Karzai International Airport helping people he didn’t know get to safety. This is what true heroism looks like and Ryan’s sacrifice will never be forgotten. The Knauss family is in my prayers. https://t.co/b9ub3NW3TD

State Sen. Becky Duncan Massey, R-Knoxville, offered her prayers to Knauss' family and other families mourning the loss of their loved ones after the attack.

My prayers to the family and friends of Gibbs High grad, Ryan Knauss and the other 12 troops killed in the terrorist attack in Afghanistan. https://t.co/pf33B5B3SU

Sen. Marsha Blackburn also released a statement. It is below:

Staff Sgt. Ryan Knauss of Knoxville was among those servicemembers killed during yesterday’s terrorist attack at the Kabul airport. Ryan embodies American heroism — saving people he had never met before, in the face of persistent evil. We will never forget his sacrifice in service to his country. While no words could ever be enough, I join Tennesseans — and all Americans — in extending my deepest condolences to Ryan’s family. Chuck and I are praying for them during this time of unimaginable pain and loss.

Colonel Jeremy Mushtare of the 8th Psychological Operations Group said on Twitter that Knauss was the "embodiment of an Army Special Operations Forces soldier." and "a steadfast husband and teammate."

“Ryan was the embodiment of an Army Special Operations Forces soldier, a testament to the professionalism of the non-commissioned officer corps, and a steadfast husband and teammate. His loss is devastating to our formation and Army family.” -@8thPSYOPgroup’s Col. Jeremy Mushtare

Governor Bill Lee also released a statement about Knauss. Lee called him an American hero who answered a higher calling and said the state was indebted to him and the 14 other service members who died in Afghanistan.

He also said that flags would fly at half-staff in Tennessee to remember the service members who died.

Maria & I are heartbroken & mourning the loss of U.S. Army Staff Sergeant Ryan Knauss, a Tennessean who was killed in the tragic terrorist attack on Kabul. On behalf of all Tennesseans, we offer our full support in the difficult days ahead.

President Joe Biden vowed to avenge the 13 American troops -- 11 U.S. Marines, one U.S. Army soldier, and one U.S. Navy hospital corpsman identified as 22-year-old Max Soviak -- as well as dozens of Afghans who died in attacks at the Kabul airport that thrust the White House deeper into crisis over a chaotic and deadly end to a 20-year war.

U.S. military officials have said they are braced for more attempted attacks by the group Biden said was responsible for Thursday's attack — the Islamic State group's Afghanistan affiliate. 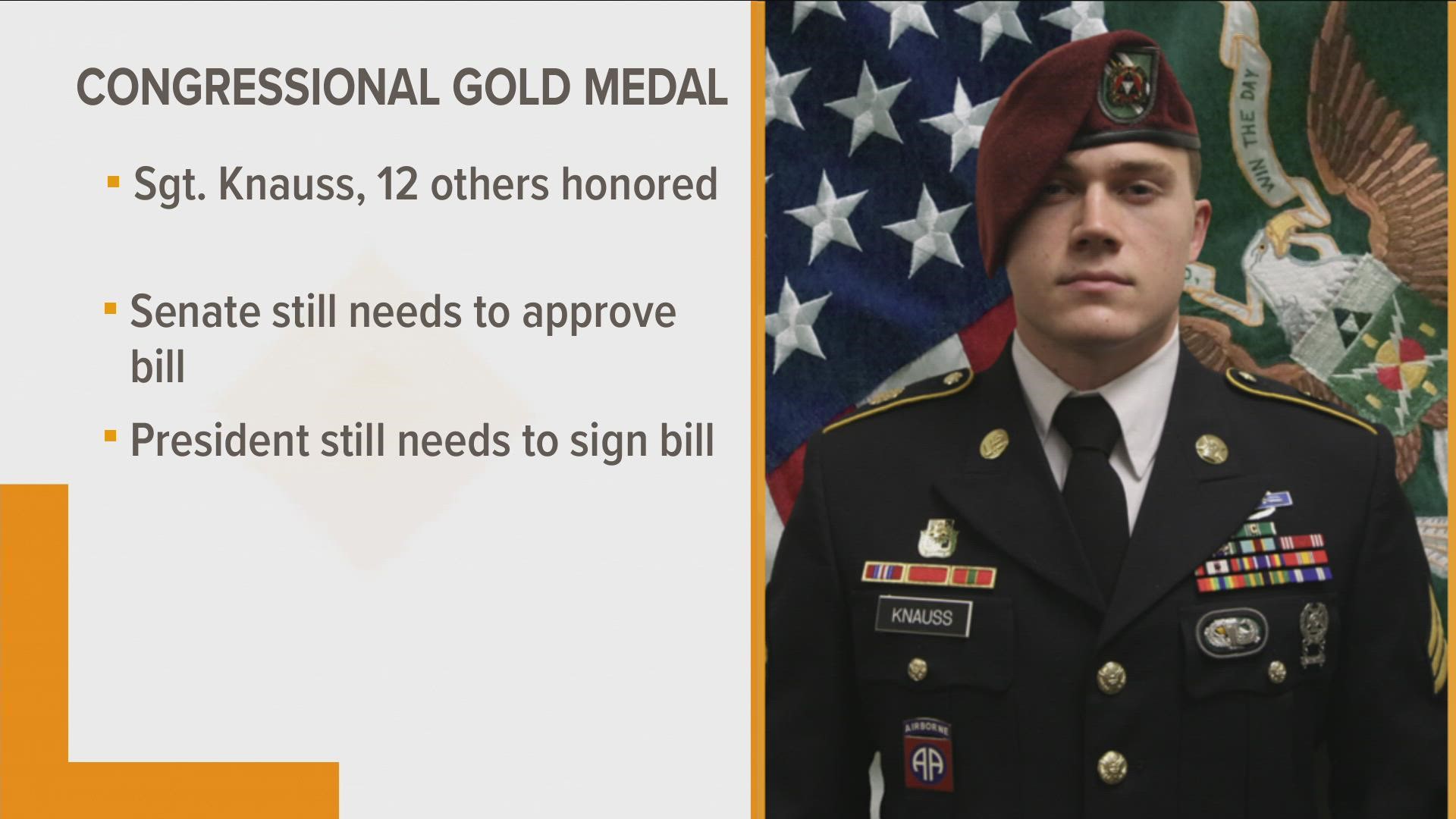