Barry Floyd served in the Navy for 24 years, mainly taking care of the Marine Corps. He's running a 5K virtually this year to raise awareness about PTSD and suicide. 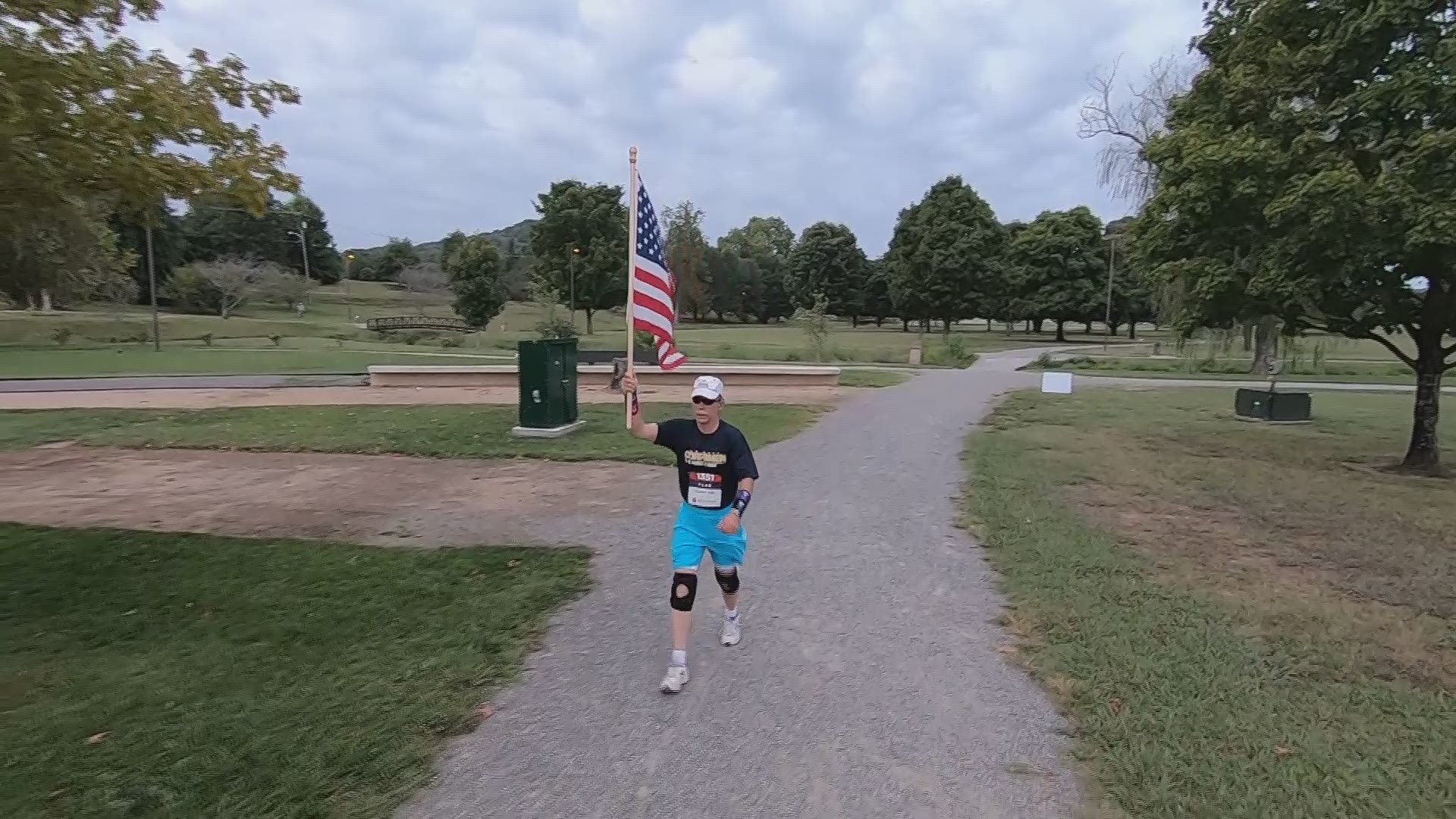 OAK RIDGE, Tenn. — For Barry Floyd, talking about mental health struggles and resources is critical. The Oak Ridge veteran, like many of his colleagues, struggles with PTSD.

He lost two of his sailors — Mike Johnson and Allan Espiritu — in combat. He lost a third to suicide just two years ago.

"When I found out [Daniel Buck] lost his battle to his demons, it really crushed me because there's no bandage for PTSD," Floyd said. "Not all wounds are visible."

A 2019 U.S. Department of Veteran's Affairs report showed about 16-18 veterans die by suicide every day. Barry Floyd is determined to help change that.

"This year, it's extra, extra hard for me to do this," he said. "[I'm] just showing pride. Showing pride and carrying the flag for my three sailors."

Floyd raised more than $1,000 for the Wounded Warrior Project, which he said helps connect veterans and their caregivers with a variety of resources.

"Getting the awareness down to that grassroot level is what's going to bring more awareness to suicide and also PTSD," he said. "[This 5K is] a fundraiser to help other wounded warriors, caregivers, and personnel get adaptive housing, and different pieces that they are a part of and providing mental health services."

Anyone can virtually participate in the Wounded Warrior Project Carry Forward 5K at their own convivence this year.

If you or a loved one is struggling with mental health, there are resources to help.