On his 107th birthday, Army Pfc. Oliver Jeffers was buried behind the church he grew up attending. 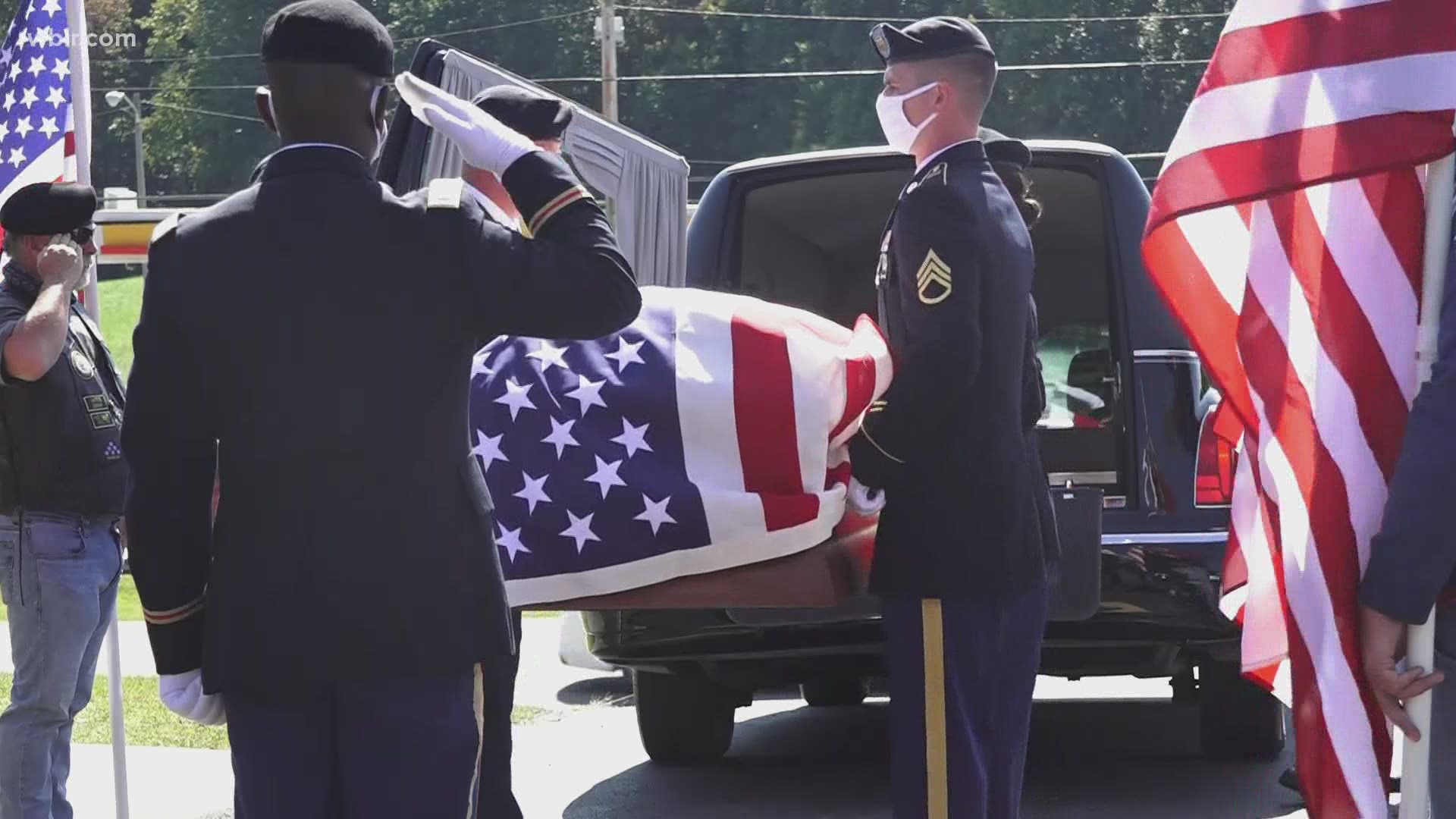 HUNTSVILLE, Tenn. — More than 76 years after his death on the battlefield, a WWII army veteran is finally home.

On Army Pfc. Oliver Jeffers' 107th birthday, he was buried behind the church he grew up in. He hadn't been to Fairview Missionary Baptist Church in Scott County in nearly 80 years.

"You're always wondering, you're always making some kind of scenario that he's gonna come home okay. But he never did," said Jeffers' nephew Basil Massey.

Jeffers was killed in battle during WWII in the Hürtgen Forest in Germany, the longest battle of the war. And until recently, Jeffers' family didn't really know what happened to him.

Massey said they made up stories to keep hope he'd return.

"My father told me one time, 'maybe he found a German girl and decided to stay over there,'" said Massey, smiling.

At the time of his death, his body could not be recovered because of the ongoing fighting.

Historians used evidence and DNA analysis to determine that a set of unidentified remains recovered from that battlefield belonged to Jeffers.

Now, more than 76 years later on his birthday, he's home.

"Men like Oliver Jeffers stood together and sacrificed so that we could have a free world today," said Bro. Jim West, pastor of White Rock Baptist Church.

About 100 people came to the service.

"It was bigger than I figured it would be," said Massey.

Governor Bill Lee lowered flags at the state capitol to half staff in Jeffers' honor Wednesday.

Flags over the Capitol and all State office buildings will fly at half-staff today in honor of the ultimate sacrifice of US Army PFC Oliver Jeffers of Huntsville, TN.

Jeffers died while serving in World War II and he is being brought home to be laid to rest in Tennessee. pic.twitter.com/L2ZIvuvfsm

He had a full military funeral service.

Those in attendance showed thanks to Jeffers for paying the ultimate sacrifice.