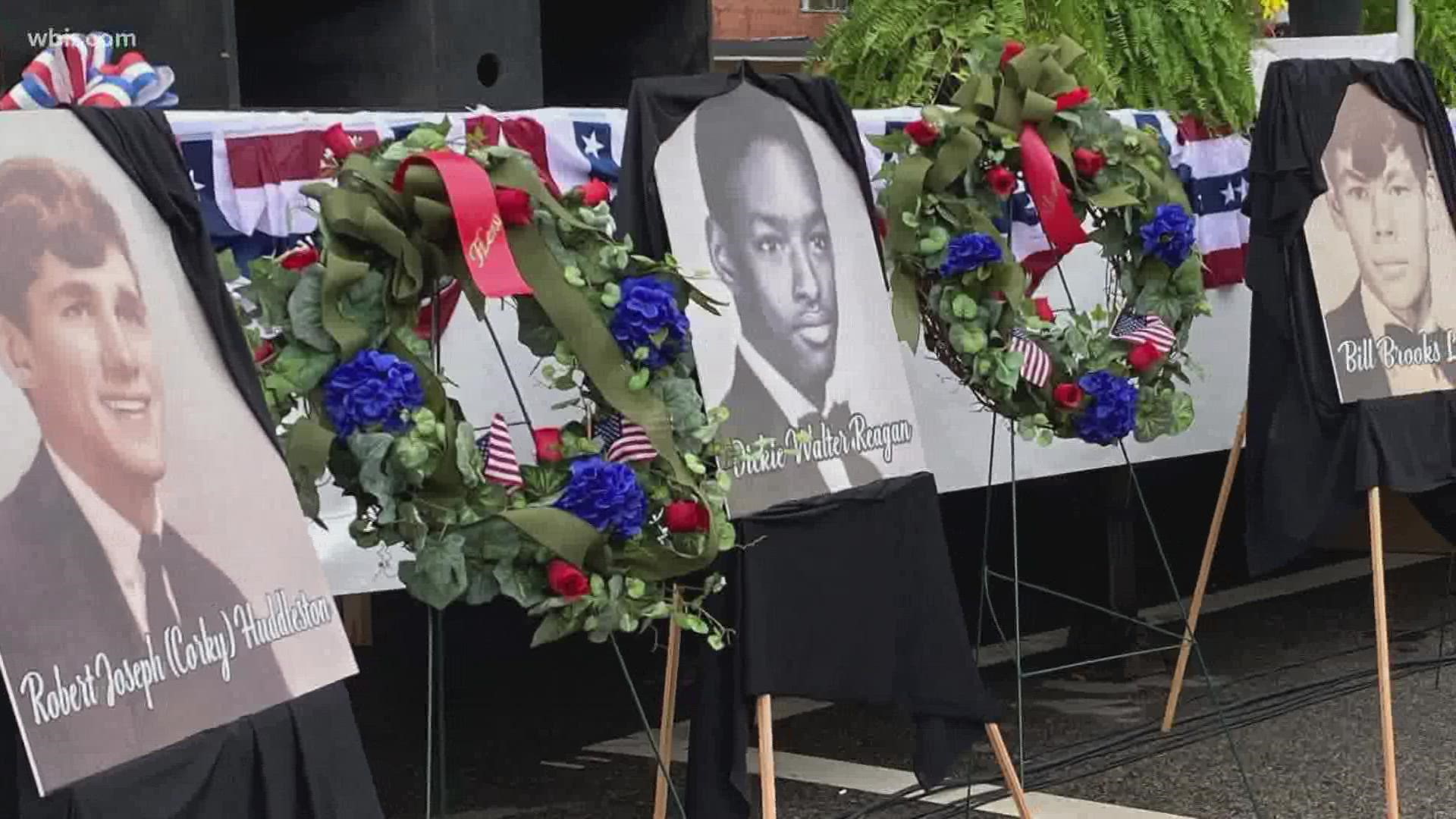 LAFOLLETTE, Tenn. — In Campbell County, LaFollette High School held a high school reunion for graduates from the classes of 1955 through 1975, bringing together people who may not have seen each other in decades.

Organizers also held a parade and a ceremony commemorating the graduates who served in the military.

Friends, family members and old classmates came out to commemorate them.

"This is extraordinary," said Tannis Brown, daughter of Dickie Reagan.

For the families of the fallen, this felt like the closure they looked for.

"I was coming up on my first birthday when he (Dickie) went into Vietnam," Brown said. "My birthday is in November. I was not even a year and a half after he passed away."

Brown said she was too young to remember her father. The reunion gave her peace, she said, knowing who her father really was.

"Everybody that has talked to me has expressed how much they loved him and how good a person he was," Brown said. "That means a lot to me."

Brown also was not the only relative of a fallen Vietnam veteran who didn't know a lot about her father.

"I was 6 months old, so I never knew him," said Patty North, daughter of Robert 'Corky' Huddleston.

She too didn't know her dad well, but the reunion helped her.

"It's almost like a memorial but it's happy and celebrating him and the others that gave their life," North said.

After contacting the Pentagon to notify it of the ceremony, the all-class reunion was designated as a commemoration service. With this designation, Gold Star Family Pins were given to the surviving members of the servicemen who died in Vietnam.

It was followed by a 21 gun salute in honor of those who gave the ultimate sacrifice.

In addition, a recognition service was held in honor of vets who served and returned.