Marcus and Candy Brown put flags outside their home for Memorial Day, Fourth of July and Veterans Day each year. 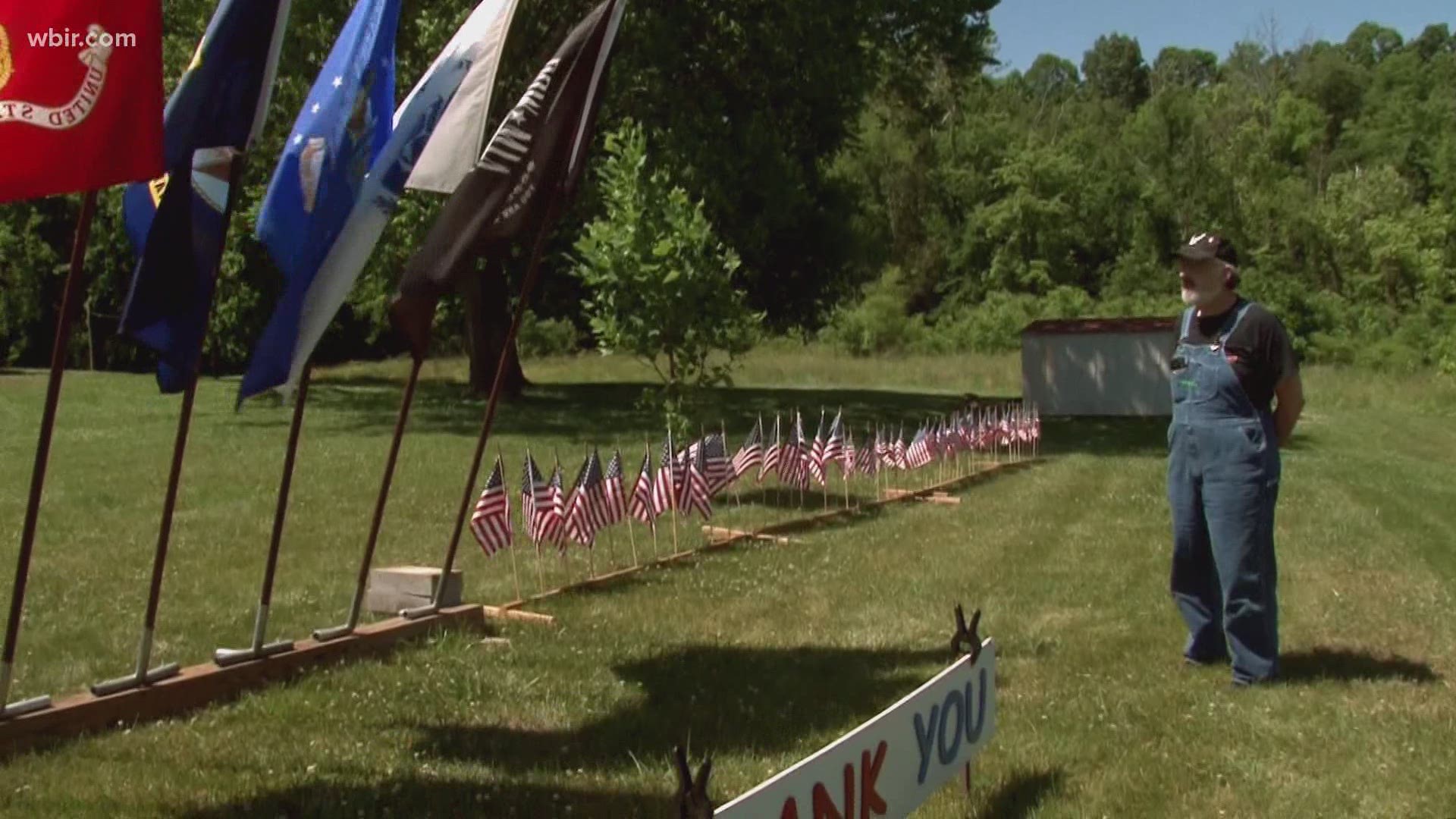 POWELL, Tenn. — For nearly two decades, Marcus and Candy Brown have flown flags in honor of those who've served.

"It's just a privilege to be free," Marcus said. "Thank you to all our veterans —past and present — and those who have served and gave the ultimate sacrifice."

The tradition began shortly after their son joined the Air Force.

"911 happened and he called home the next day and said, 'Dad, we have armed our jets,'" Marcus recalled. "It kind of takes you back a little bit. From then on, we started doing this [flag display]."

The display includes flags from every branch of the U.S. Military, as well as one for those missing in action. Dozens of smaller American flags are placed on either side.

Credit: Grace King
Flags from all branches of the military fly outside the Browns' house in Powell.

"Despite our differences in this country, you're still free to voice your differences. That's something else," Marcus said. "That's a privilege that our service men and women defend."

The Browns hope anyone who drives by it will know how appreciative their family is of their service to our country.

Credit: WBIR
Marcus Brown hugs Tim Deyton, an army veteran who stopped by when he noticed the flag display.

"I hope they take something away from t and remember what this particular day is about," Marcus said. "It's a day where we remember those who no longer get to come home... If I could shake their hands, I would."

Tim Deyton was driving by the Brown's home when he noticed the flags. He had served in the U.S. Army for more than a decade and was appreciative of their gesture.

"It's nice to see people do stuff like this for the veterans. People don't understand what a lot of the guys go through," he said. "It means respect for this country and for the people who gave their lives to make it what it is."