"To be able to be his family was a mission complete." 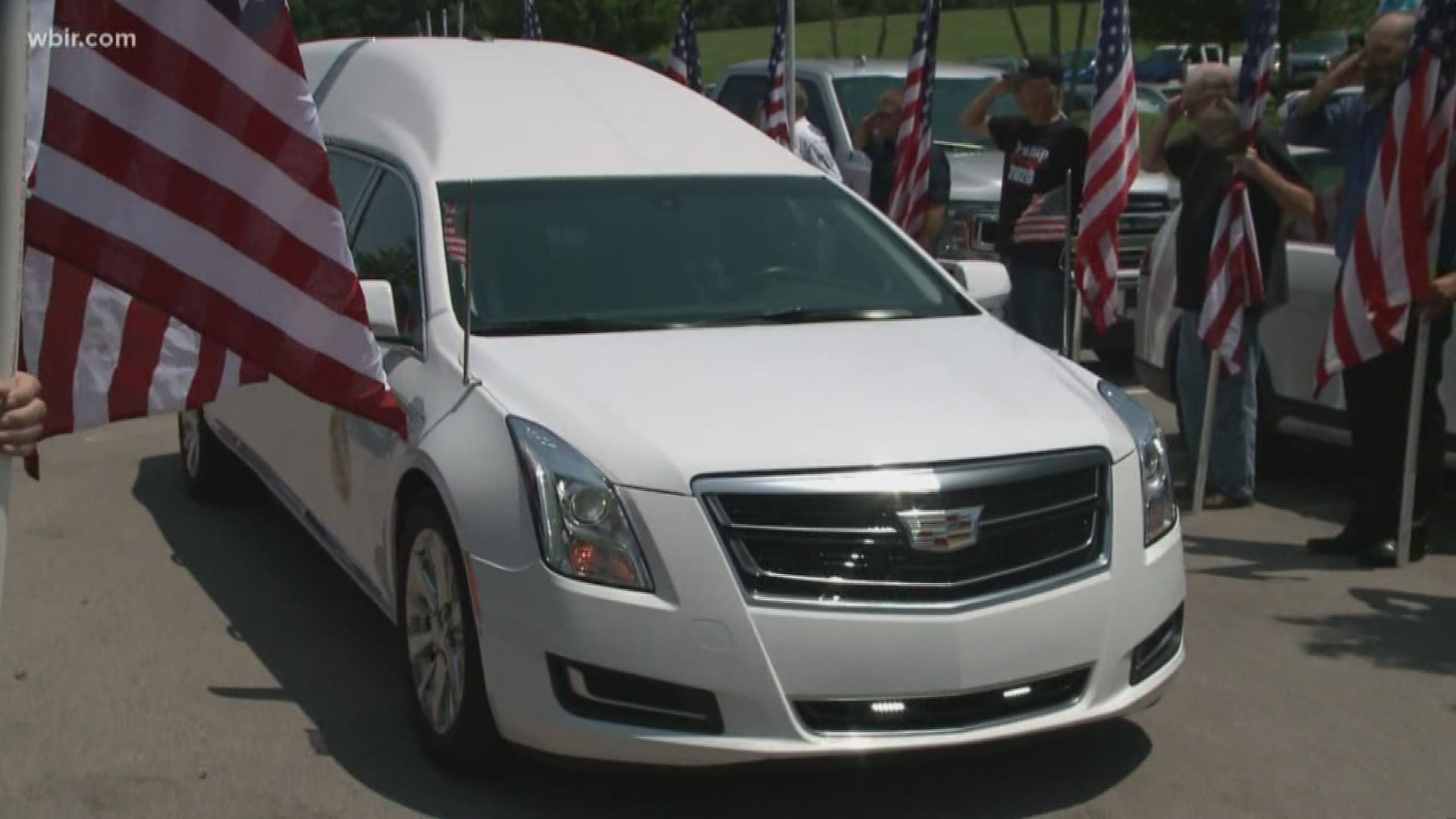 Hundreds of mourners gathered to salute an East Tennessee Vietnam veteran with no family to claim his remains.

Specialist Thomas Robert Saulsbury entered the Army in 1970. He served in Vietnam and was the recipient of the National Defense Service Medal among other honors.

Saulsbury was a 20-year resident of Newport and died earlier this month.

On Monday, the veteran community of East Tennessee escorted their brother-in-arms to his final resting place. Included were the Patriot Guard Riders, an organization that travels the U.S. to honor fallen heroes.

"To be able to be his family was a mission complete," Alfred Holland with the Patriot Guard said.