Gary Dean Smith died almost 55 years ago during the opening battle of the Vietnam War. The Knoxville soldier's only living sister just accepted his service medals. 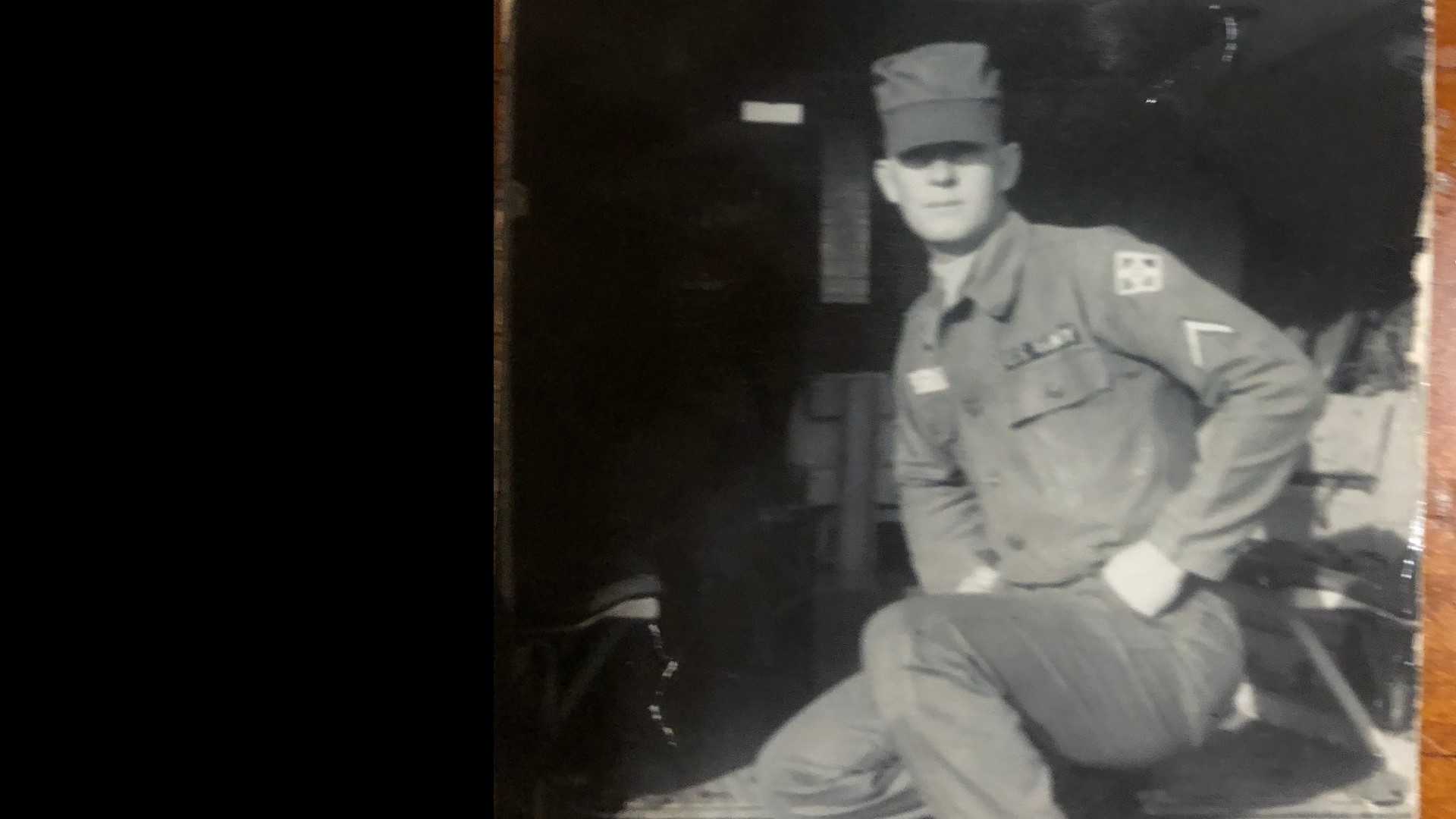 This story of love, loss, and reconnection starts with a man named Gary and his sweetheart, Iris. The two fell in love, married, and it wasn’t long after they wed that Gary Dean Smith left Knoxville to fight in Vietnam.

“He said, ‘You know, I probably won’t be back.’ And I said, "Oh no don’t say that,'” recalled Gary’s only living sibling Nancy Chadwell.

The grim prediction from that Fulton High School graduate came true during the first major battle of the Vietnam War.  The death of 23-year-old Gary Dean Smith marked the first Knoxville soldier killed in Vietnam and the casualty made headlines. In a newspaper story from 1965 his young widow, of barely 11 months, recalled Gary’s last letter arrived five days before his death.

In it, he wrote about praying not only for himself but ‘the other boys too.’  A picture of Gary in the newspaper showed the soldier cradling a puppy.  His sister Nancy called it a fitting portrait of her baby brother who she knew as both fun-loving and compassionate.

“He was a good boy.  And you know, where he worked, they called him ‘Sunshine’ and that’s what I think about all the time,” said Chadwell.

At the time of his death, the war medals Gary Dean Smith earned during his service were presented to his widow.  As is tradition, the military also handed Iris the US Flag draped over his coffin.  It was at that funeral that Iris and her family would begin to lose touch with the blood relatives of her Army husband.  Not because of any ill-will, but just because life goes on.

Hayden joined the JROTC and the sophomore at Grainger High School now has plans to serve in the military, inspired in part he says, by the soldier he never knew.

“I just want to carry on the history,” said Hayden Sinnamon who not only took an interest in the sacrifice of Gary Dean Smith, but also received the war medals earned by the Army Private First Class and passed down through generations in her family.

Recently, Fulton High School alumni completed a fundraising project to honor the seven men who attended Fulton and were later killed in Vietnam with a permanent memorial. On that list is Gary Dean Smith. In the course of learning about the men killed in action, the organizer of the memorial effort passed along contact information to 10News for Smith’s only living relative, his sister Nancy Chadwell.

Coincidentally, Iris’s family reached out to WBIR-TV suggesting a story that would recognize the service of Gary Dean Smith and hear from the teenager inspired by the sacrifice of that soldier in battle.

After learning Gary Dean Smith still had a living sibling, it was young Hayden who suggested it would be a nice gesture to give those war medals to Gary’s sister, Nancy.

That’s exactly what happened in a social-distance delivery during this COVID-19 pandemic. Hayden arrived with his family at the home of Nancy Chadwell and presented her with a sealed bag containing a purple heart and other campaign medals Gary Dean Smith earned on the battlefield.

“I don’t even have words for it, it’s just heartwarming, you know,” said Hayden.