Service and Sacrifice: A letter long sealed revealed a granddad's dream for his grandson had been realized

A handwritten letter from a grandfather to a grandson was packed with advice and also predicted the future.

“He’s proud of me and I’m proud of him,” said 97-year old Al Gill, smiling at the coincidences he shares with his grandson Jake.

Back in 1996, just after Jake was born, Mr. Gill wrote a letter that his grandson was instructed to hold on to until his 21st birthday.   It offered a “guide to a good life” for Jake including the qualities of a good man:  faithful, dependable, trustworthy, and “a man of his word.”  It also offered a prediction, or better yet, a dream.  Granddad writes to grandson, “My love for airplanes has caused me to hope someone of my heirs would opt for the U.S. Air Force Academy.” 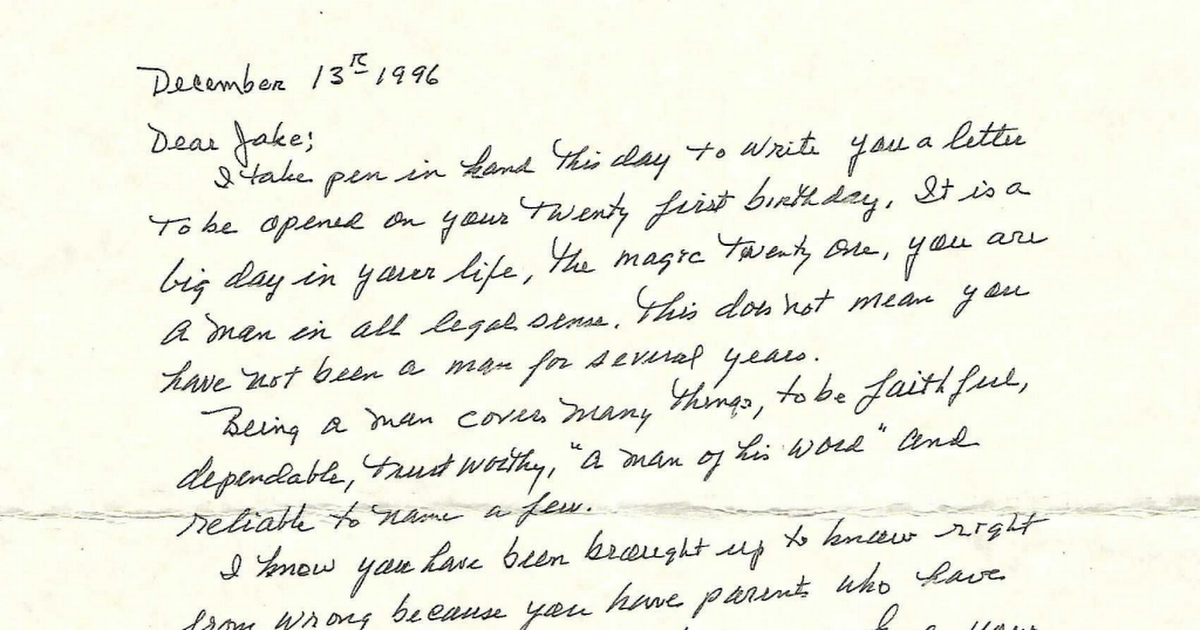 “It was opened on (Jake’s) 21st birthday and he was a cadet at the (Air Force) Academy,” said Mr. Gill, shaking his head as if to be still in disbelief that his dream came true.  In World War Two, in his early twenties, Mr. Gill served as a navigator aboard a B-24 bomber and recorded 43 combat missions in the Pacific Theatre.

“My first mission was on October the 24th, 1944,” recalled Mr. Gill.  Flash forward a few decades and this grandfather would learn he and his grandson had another connection.  Of all the assignments Jake could get after graduating from the Air Force Academy, he ended up serving in the same bomb group as his grandfather.

“…to be able to carry on his legacy of service, It’s really special,” said Jake Gill, now a B-52 pilot, during a phone call from his airbase in North Dakota.

“So proud of you, we’ll see you soon,” said Al Gill as he hung up the call with his grandson.