US troops locked in the longest battle in US Army history fought inside a forest that reminded East Tennessee soldiers of the Smokies. 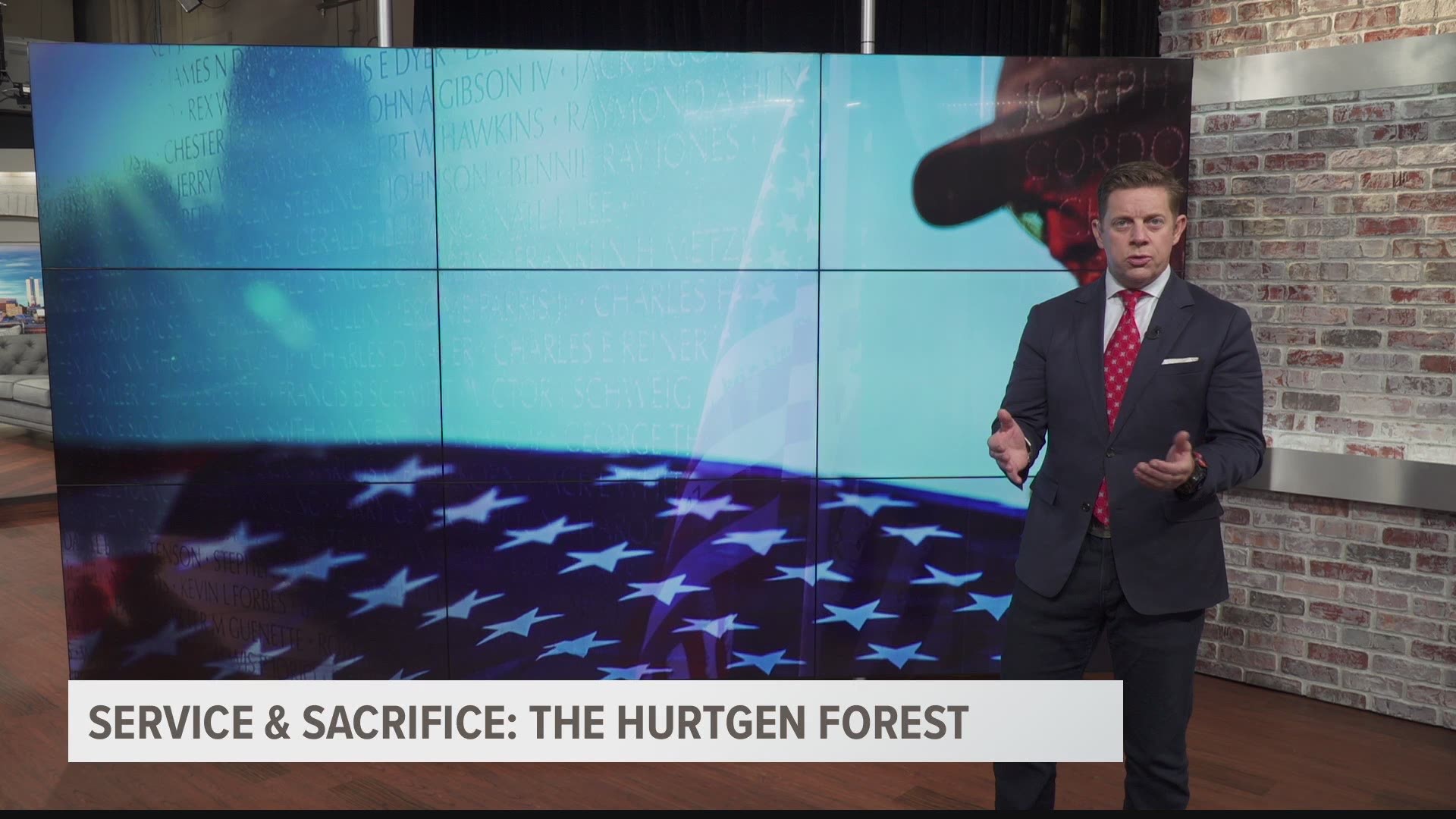 KNOXVILLE, Tenn. — Surviving the German shelling in the Hurtgen Forest in November of 1944 often meant American soldiers would find the nearest tree and give it a tight “hug.”

“You could be way over there, and shrapnel would hit you…and you can’t lie down,” recited historian and UT Knoxville professor emeritus John Romeiser from an interview he conducted years ago with World War II veteran Ben Franklin.  That Knoxville veteran was among the troops who lived through what would become the longest-running battle in the history of the US Army.

“The nature of the combat was just horrendous and for little gain,” recounted renowned author and historian John C. McManus.  In an email, the UT alumni explained the challenge facing American troops in the Hurtgen Forest.

The troops basically lived in the mud, with cold rain pelting them, soaked through the skin most of the time, and had to dodge tree bursts with alarming regularity. They quickly learned to hug the trees rather than dive for cover. That may seem weird but that's what happened. The trunk of the tree was the one place to avoid flying splinters. The soldiers also figured out that they couldn't just dig in and avoid danger. Every foxhole had to have overhead cover from something substantial like sheet metal or logs, otherwise, the fragments and splinters just ripped downward and the hole provided no protection. For the rifle companies, an attack would almost certainly lead to 20-100 percent casualties, normally for next to nothing in return. It's hard to imagine this, but the fighting really was that bad. -John C. McManus

East Tennessee troops fought and died in that almost three-month battle.  In October of this year, 76 years after that fight in a German forest, the remains of Private First Class Oliver Jeffers were repatriated.  He was buried in Scott County on what would have been his 107th birthday.  Historians expect we may see more troops killed in the Hurtgen Forest identified and returned to their families thanks to advances in DNA technology.  In all, more than 33,000 Americans were killed or wounded in the Hurtgen Forest.