“I had no reason to believe that we were going to survive.”-D-Day B-24 bomber pilot Captain Jerry Neal. 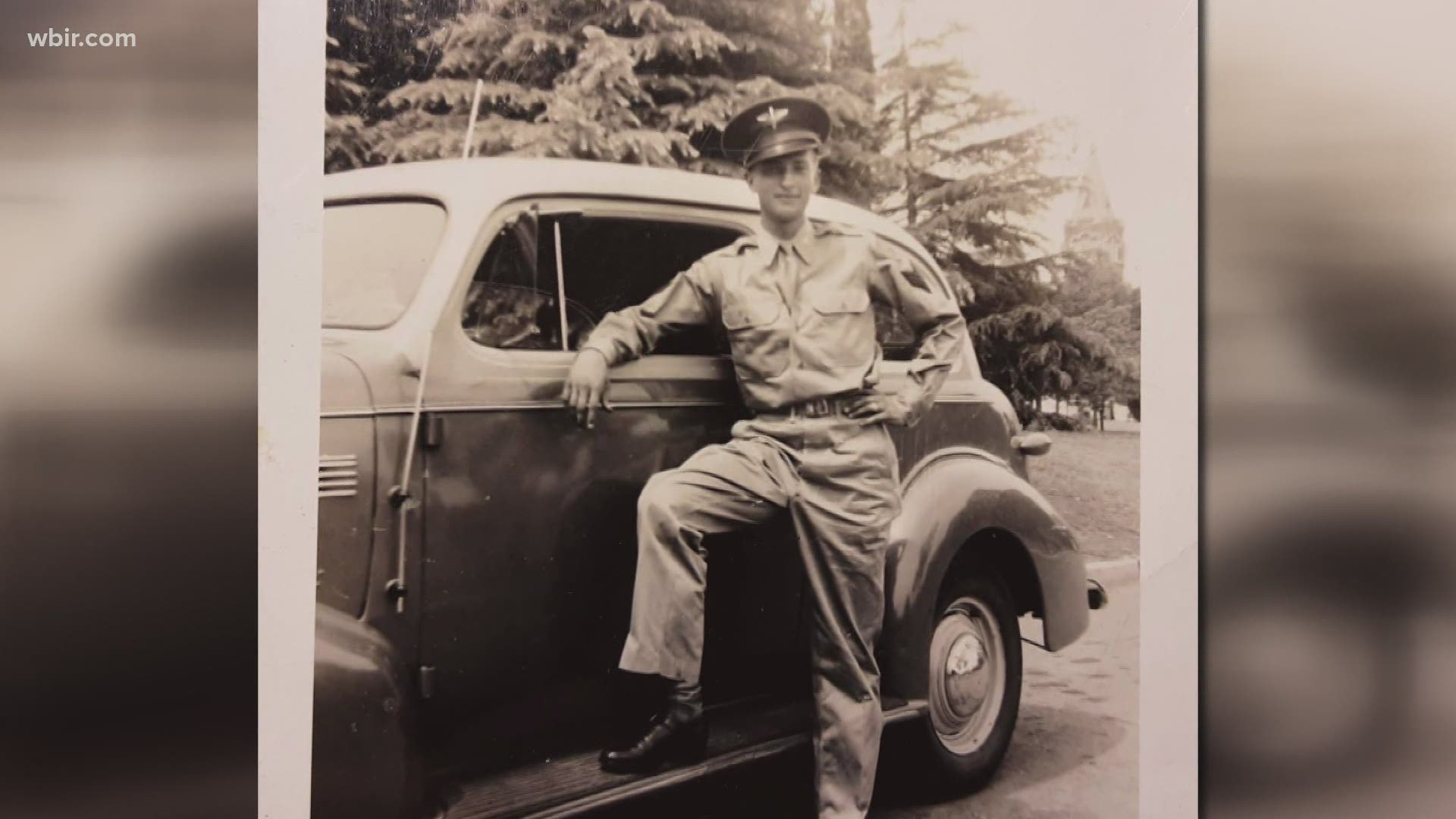 KNOXVILLE, Tenn. — Instead of a “pre-flight” checklist, this was the “pre-write” checklist for a profile of a decorated veteran pilot.

Crash-landed in the English Channel.  Check

Flying across the English Channel on D-Day (June 6, 1944) B-24 bomber pilot Jerry Neal says he looked out of the cockpit and so many thousands of ships it looked like someone could hop across them from the coast of England to the coast of France.

“It was awesome…looking back on what a bird's eye view of history I had sitting up there high looking down,” said Captain Jerry Neal.

The weather scrubbed his bombing run over France but in an on-camera interview, he describes running out of fuel and having to crash land in English Channel.

“I lost a lot of my crew because I bailed them out over the channel and they didn’t know how to get out of their parachutes,” said Neal who came perilously close to drowning, like more than half his nine-man crew, had it not been for a “lucky” patch of rock just off the coast of England.

Born and raised in Kansas City, Neal was in his early twenties when he joined the ranks of the bomber crews.  The Air Force Association notes the chance of survival for B-17 crews was less than 50 percent. Neal described the feeling in the pit of his stomach staring down the flight line before every mission.

“We just had to kind of have the mental attitude that we were already dead.”

Captain Jerry Neal would spend 17 years serving in the military before going to work for a heating and air company for his civilian career and eventually retiring in Middle Tennessee.

Earlier this month he drove over the plateau to receive an honor from the newly formed chapter of the Distinguished Flying Cross in East Tennessee as a show of brotherhood and appreciation for his service.

In addition to our on-camera interview, Captain Neal took time to answer the following 10 questions about the influence of his military service on the rest of his life.

My grandfather.  He was an entrepreneur well to do in the 1920s.  He was a medically trained pharmacy. optometrist, so we have one drugstore. He was a wonderful mentor, a quiet man. And the thing that I've watched him do for many, many years, was how he took care of people. He was a local doc, the only doc.  And they come in and they say, doc, my wife was sick and get symptoms and so forth. He’d go back to the back prescription counter and he would compound something for them and bring it out…and say, do this do that. And they so oh doc, I’ve been out of a job for a year can I put this on the tab So as many means I'm just writing a piece of papers to get the cash register. He knew right then he was never going to take their money.  He knew how to take care of people and he did it in a gracious way and was a wonderful example to me.

Thank you. That's what they do. And it's nice. I appreciate it. And I thank them. It's I appreciate the fact that they understand what's happened in history. And why we are a wonderful country, and hopefully will continue to be there some concern in that area.

4.  How do you honor your fellow servicemen and women?

I basically want to have an opportunity to in meetings and conversations and broadcast and so forth. I hold them up.

5.  When you hear the World War Two Generation is the greatest generation, does that ring true for you?

I think was a great generation because basically everybody was very, very patriotic really wanted the best for our country. And everybody felt that. I mean, it was not with just a guy that were fighting no matter where but it was It was, it was the citizens back home. And in Vietnam that didn't happen. That's why I felt sorry for those people because they didn't have the support and the citizenry we did for me and we felt it. I mean, it was great. So, and it was the young guys that were coming out of the cities and out of all the farms and so forth, they would just pull up and they went did their duty and didn't complain. And they did it. So from that standpoint, I think it was a good generation that fostered a lot of things that young people are looking at now and I'd say aspire to.

Oh, huge. Huge. I grew up in a moral family but not spiritual. I saw that God existed as I was flying. As I became spiritual, trusted Jesus and my Lord and Savior. And that all came about as a result of all the events that happened in World War Two, and my military experience, and then follow-on. So it's a huge experience and developing who I am.

No, they did not.

I have some questions about that right now.

9.  What should people remember about World War II?

The giant sacrifice that was made to keep our country and keep our freedom, keep our life that we have.  There’s a lot of people that gave up their lives and gave up their health in order for us to have this today and I think we need to remember that.

First, it made me aware that there was a supreme being because it was flying at night, and arrives for our very first art scene. And it was heaven when you get up above the ozone layer and fly at night navigation and you'd see all the heavenly bodies. You think that's this is not an explosion on the mattress factory, you know, there is somebody controlling this.

So that's when I started being aware. So, it was a gradual movement. Actually, when I got out of the service and got married, and my wife said, "We're going to church." I said, "Okay, I'll do anything you want to do." So then I became aware of Jesus and accepted him as my savior over a period of time and He is right there in my heart right now.