The first video camera allowed inside the Pentagon after the terrorist attack on Sept. 11, 2001, was in the hands of an Air Force veteran with ties to East Tennessee 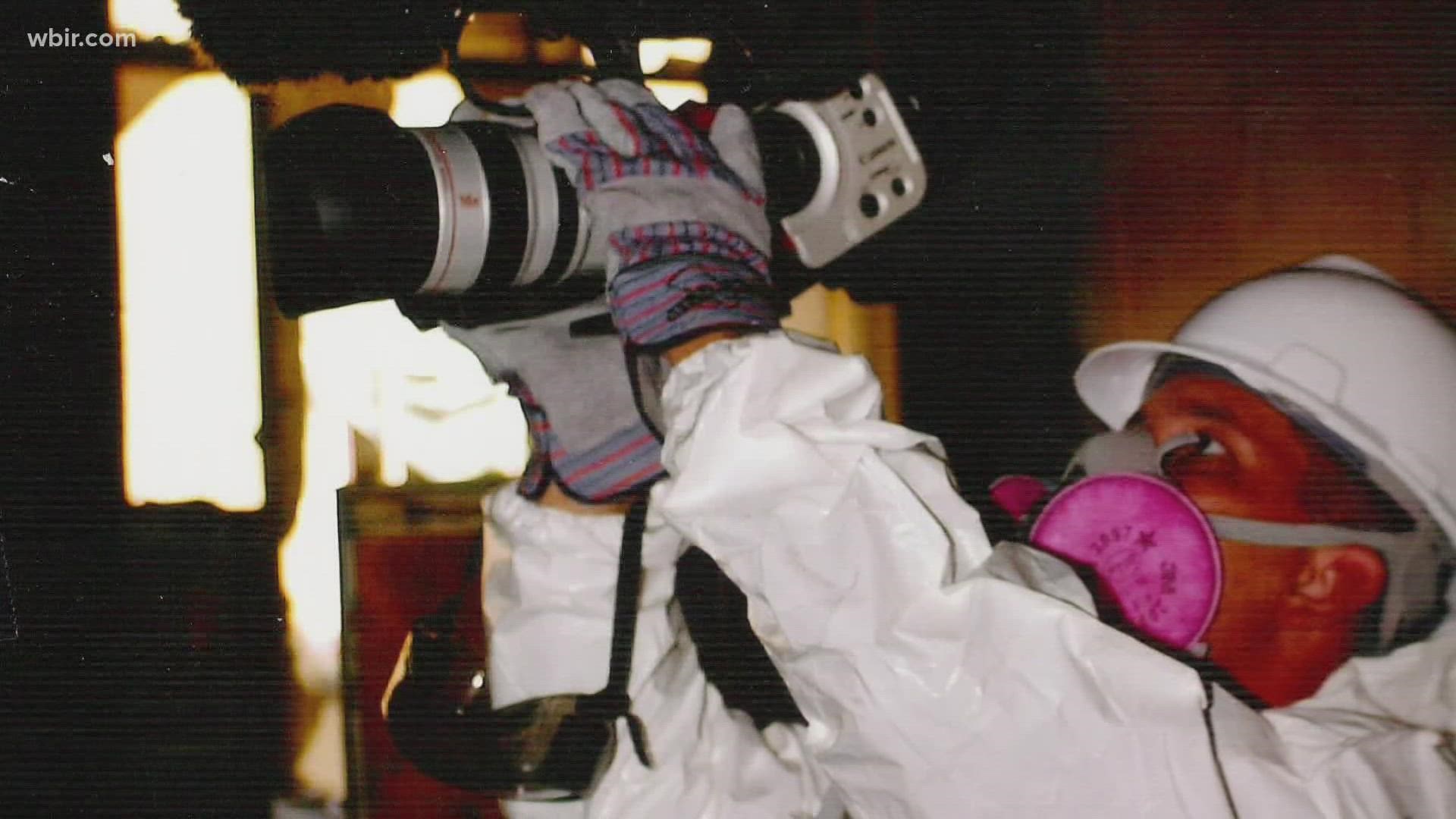 The first video camera allowed inside the Pentagon after the terrorist attack on Sept. 11, 2001 was in the hands of an Air Force veteran now living in East Tennessee.

"Emotionally I didn't think about it until later that night when I got home and I was out of my suit and everything. I kind of pondered it, thought about what I had just experienced," recalled Dave Barlow, who served from 1989 until 2012 in the US Air Force. He spent eight of those years in the so-called "Combat Camera" unit taking him to close to 20 countries for anywhere from a week to six months.

"You always have your bags packed, camera gear, everything ready to go. You carried a beeper back then," said Barlow, sitting in front of the exclusive video he recorded throughout the day on Sept. 12 that was later shared with a host of major news organizations.

In addition to describing what he witnessed inside the Pentagon the day after the terrorist attack, Barlow also offered answers to 10 questions that offer more insight into his service and his life outside the military.

My wife Linda. She was there from the beginning. We met after basic training and have been married close to 25 years.

Yes. Very much so. Even more so after (Sept. 11th 2001) I went from there on to the military base at Diego Garcia (in the Indian Ocean) where the US military started running the first bombing missions into Afghanistan.

I don't need thanks. I say thank you to people for their support.

I offer respect for them and for their mission.

I think technology has changed what we do. Younger generations in the military are more tech-savvy. One thing we share is the mission isn't about "I," it is all about "we."

It created discipline and structure. I know how to iron a shirt and to this day I can't grow my hair long.

My father served in the Army and my uncle in the Air Force.

Our troops served honorably. I saw us pull together in the days after the terror attacks, but we have lost that togetherness and sense of a unified effort.

I wasn't a Christian going in but I started looking for a change in life. I'm a changed person after becoming a Christian. God has had a hand in lots of things I've done.