“How can I make things a little bit better today?” The first question Major Stephanie Welch asks herself at the start of every day. 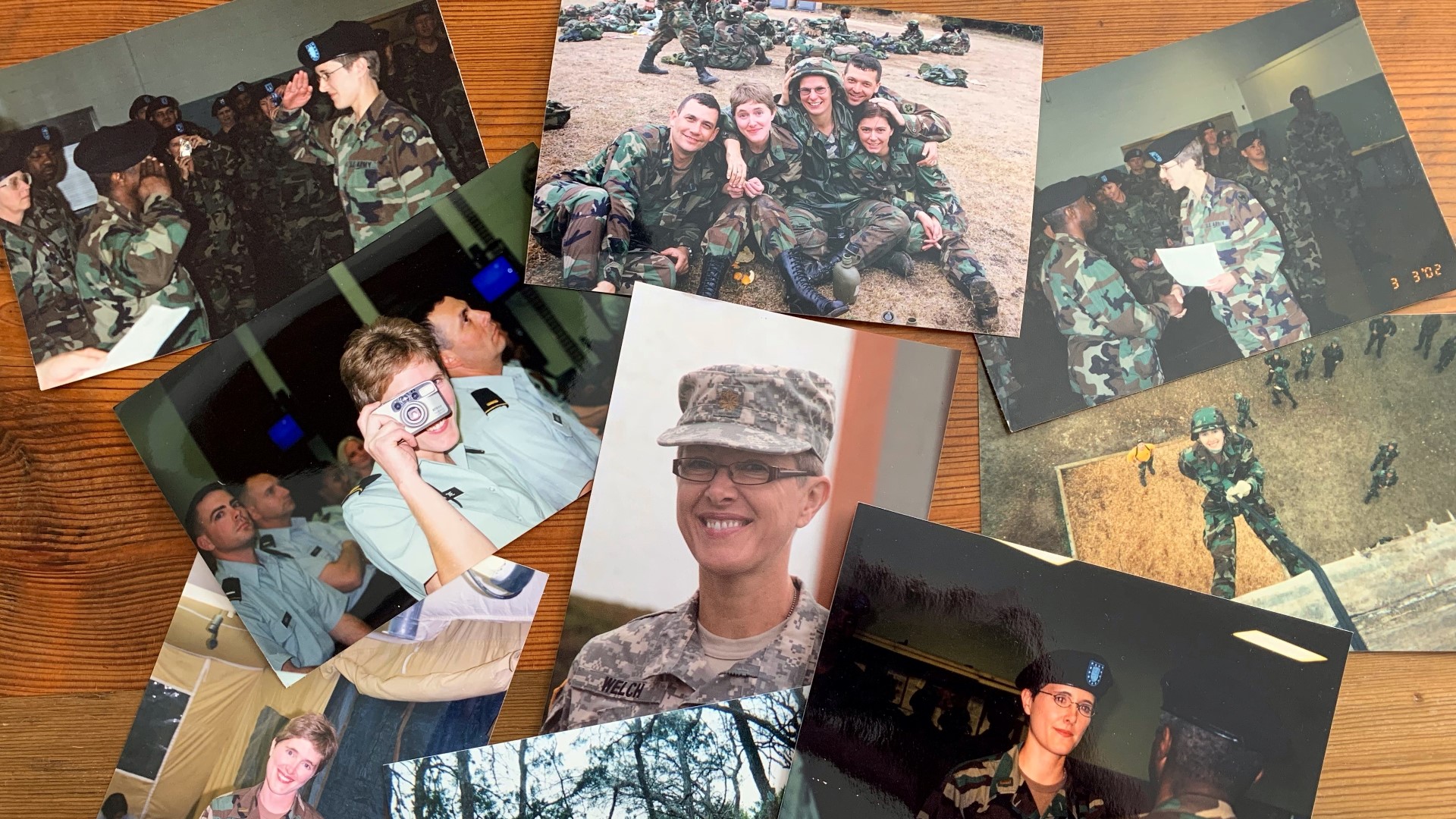 In what perhaps is the most fitting end to her two-decade military career, Major Stephanie Welch agreed to extend her service in the Army Reserve two years past the date she planned to retire.

“Around the time I was turning in my retirement paperwork, my commander at the time was mobilizing with a portion of the unit. So, he asked me if I would stay on as the rear detachment commander until he returned. And so that's brought me up to 22 years of service, which I'm very proud of,” said Stephanie Welch at a table in Suttree Landing Park on the south side of the Tennessee River.

“It was becoming very challenging for me to juggle everything. And so I thought that will be a good time to step aside and let other leaders step up,” said Welch in a spot overlooking the Knoxville City-County building where she served as an elected member of Knoxville City Council before joining the staff of Mayor Indya Kincannon as Chief Economic and Community Development Officer and Deputy to the Mayor.

“She leaves an enduring legacy of service,” explained Colonel Heidi Otis of the 7453 Medical Battalion during a surprise Zoom call appearance at the start of a city council meeting on March 9th.

In addition to our on-camera interview, Major Welch took time to answer the following questions about the impact of her military service on her life.

I’m incredibly fortunate to have loving, supportive parents who expected me to work hard, be kind and leave things better than I found them. They set a great example of the importance of community service.

Absolutely! It’s been a humbling experience to be on the receiving end of so many words and gestures of appreciation and respect over my years of service.

Anyone who is able should participate in government as an informed voter and serve others in ways they can. Serving others can take many forms ranging from volunteering for a community organization to serving our country or local community in uniform.

A simple word of thanks goes a long way to create a feeling of honor and respect. I also like to ask a few simple questions such as their branch of service, how many years they’ve served, and where they’ve been stationed. I avoid invasive questions, but taking an interest and taking time to listen often opens up a dialogue and connection that reflects appreciation for the person’s service.

A new generation of men and women have a fluency in technology they bring to the modern military. This generation also has strong desire to be part of something meaningful.

The military exposed me to amazing leadership and training opportunities that I never would have experienced as a civilian. However, the most significant influence military service has had is through the people with whom I served. I met and served with people of diverse backgrounds, experiences and opinions, but who came together for a common purpose. Some of the best and most lasting friendships of my life were formed while I served.

I would encourage younger generations to serve, whether in the military or through volunteer or public service roles in the community. I believe everyone who is able should consider serving others in some way.

While mobilized to Fort Campbell, Kentucky, I saw the impact that war has on those who are deployed and their families. It reinforced my feeling that - whether you agree with the conflict or not - those who serve need and deserve a great deal of support and respect. The emotional, physical and social impacts of war are long-lasting. Because a relatively small portion of Americans actually have ever served in the military (only 7 percent of American adults have ever served), the impact of war can be easy to overlook. For those who have served in combat or in support of a war, and for those who love them, the effects of war can be life-changing.

Perhaps more than my personal faith, military service appreciation for the role our military has played in protecting religious freedom. We are incredibly fortunate for the freedoms we have in the United States, and for the people who have given their lives to secure, protect and preserve those freedoms.