“We go against Mother Nature no matter what it is." A U.S. Coast Guard vet recounts a record-setting “save” 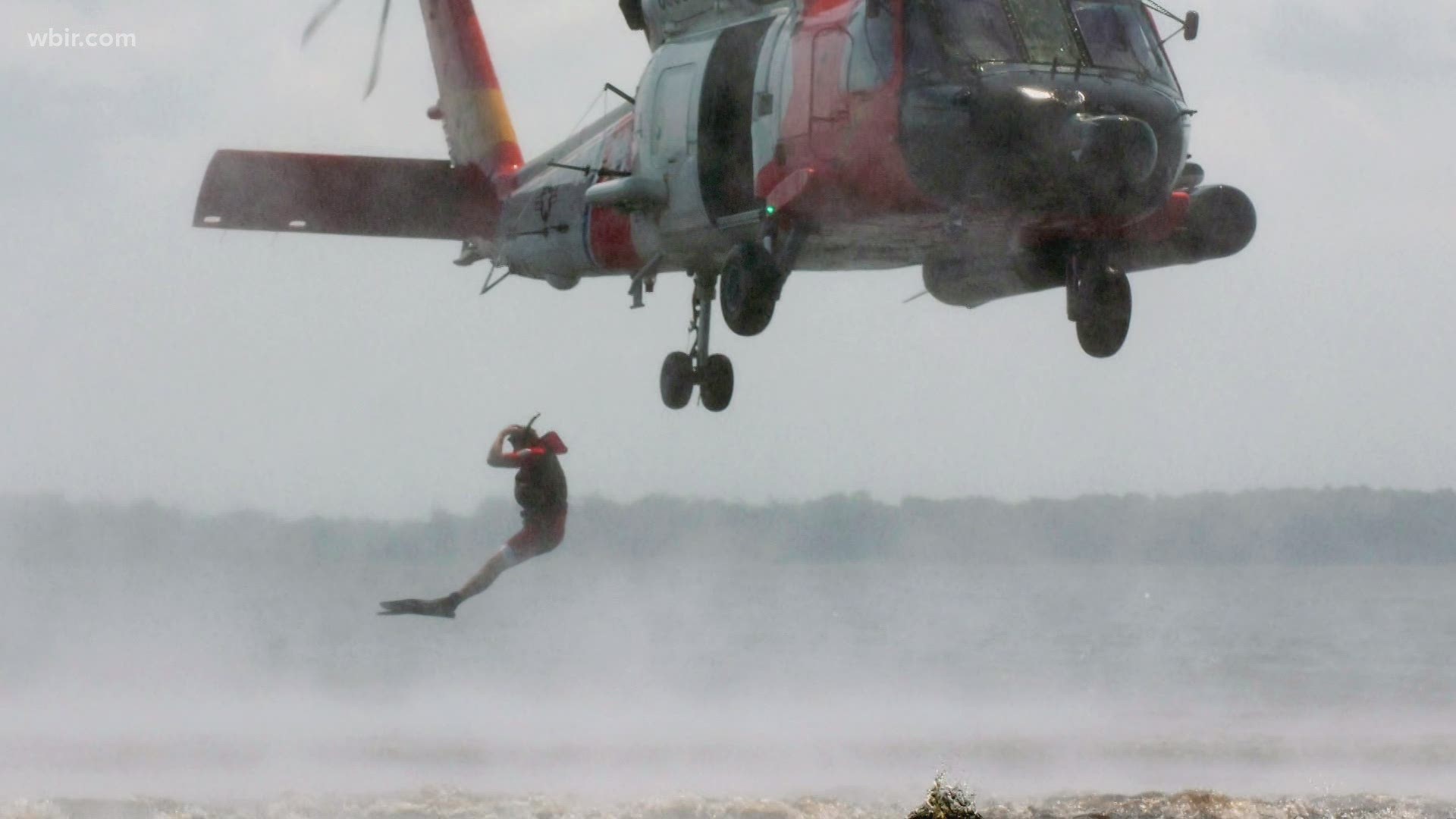 KNOXVILLE, Tenn. — When your actions become the basis for the climax in a Hollywood movie, you know your actions were either horribly wrong or amazingly right.

“I felt whole relief, it is kind of like the sea just calmed,” said veteran Coast Guard Rescue swimmer Dave Yoder, recounting the moment he helped save the third and final sailor off a floundering sailboat in an off-shore rescue that would set records and become the stuff of legend.

Credit: John Becker
Former Coast Guard Rescue Swimmer Dave Yoder holding up the map of a mission that would earn him one of the highest awards for valor in the military, The Distinguished Flying Cross

In December 1993, the boat with three men aboard lost its motor in a ferocious storm around 400 miles off the North Carolina coast. The SOS call came in, and after running the risks up the chain of command, four U.S. Coast Guard rescuers received the all-clear to attempt a risky helicopter rescue.

Yoder was prepared to jump into the heaving 100-foot seas to do whatever it took to get those men to safety.

“It’s the middle of the night, it’s lightning, it’s raining,” said Yoder, who described facing waves higher than his rooftop that he was forced to swim over, again and again, to reach those three victims bobbing in an unrelenting sea.

“That was my first off-shore rescue,” said Yoder, chuckling at the memory of a rescue that would earn him one of the highest awards for valor in the military.

In an on-camera interview, he describes in detail how he managed to help get each sailor, one at a time into a rescue-chopper before the near-catastrophic moment that almost cost his life and became the foundation for the climactic scene of the Hollywood film, The Guardian.

Credit: John Becker
Former US Coast Guard rescue swimmer Dave Yoder holds the "wall art" of the frayed cable that nearly cost him his live during a rescue mission and later became the foundation for the climax of a Hollywood film.

“So others may live.” That is the U.S. Coast Guard motto, said Yoder. In addition to describing his heroics that day, the now 59-year-old veteran recounted the beginning of his 14-year career in the Coast Guard and he answered the following 10 questions about the influence his military service has had on the rest of his life:

I don’t need a thank you, but if I did, just saying thank you is enough.

4. How do you honor your fellow servicemen and women?

By participating in veteran events when possible, and working with veterans with PTSD.

5. How do you think this generation of servicemen and women is different or similar to yours?

I think they are safer due to better equipment and training. I believe most are just as proud to serve and as patriotic.

It helped me to treat others equally, and not judge others based on race, wealth or beliefs. It taught me to pay attention to detail and not take shortcuts in life. It also taught me not to give up and give in.

Yes, my father served in the Navy for 20 years.

Not much, depending on the situation. As the world's leader, I still believe the USA has a responsibility to help other countries, as well as it being in our best interest Sometimes to participate in wars.

I became a stronger Christian toward the end of my military career when I began to see other servicemen around me attending church. Though some of the events that happened to me, I was able to see that God was taking care of me.