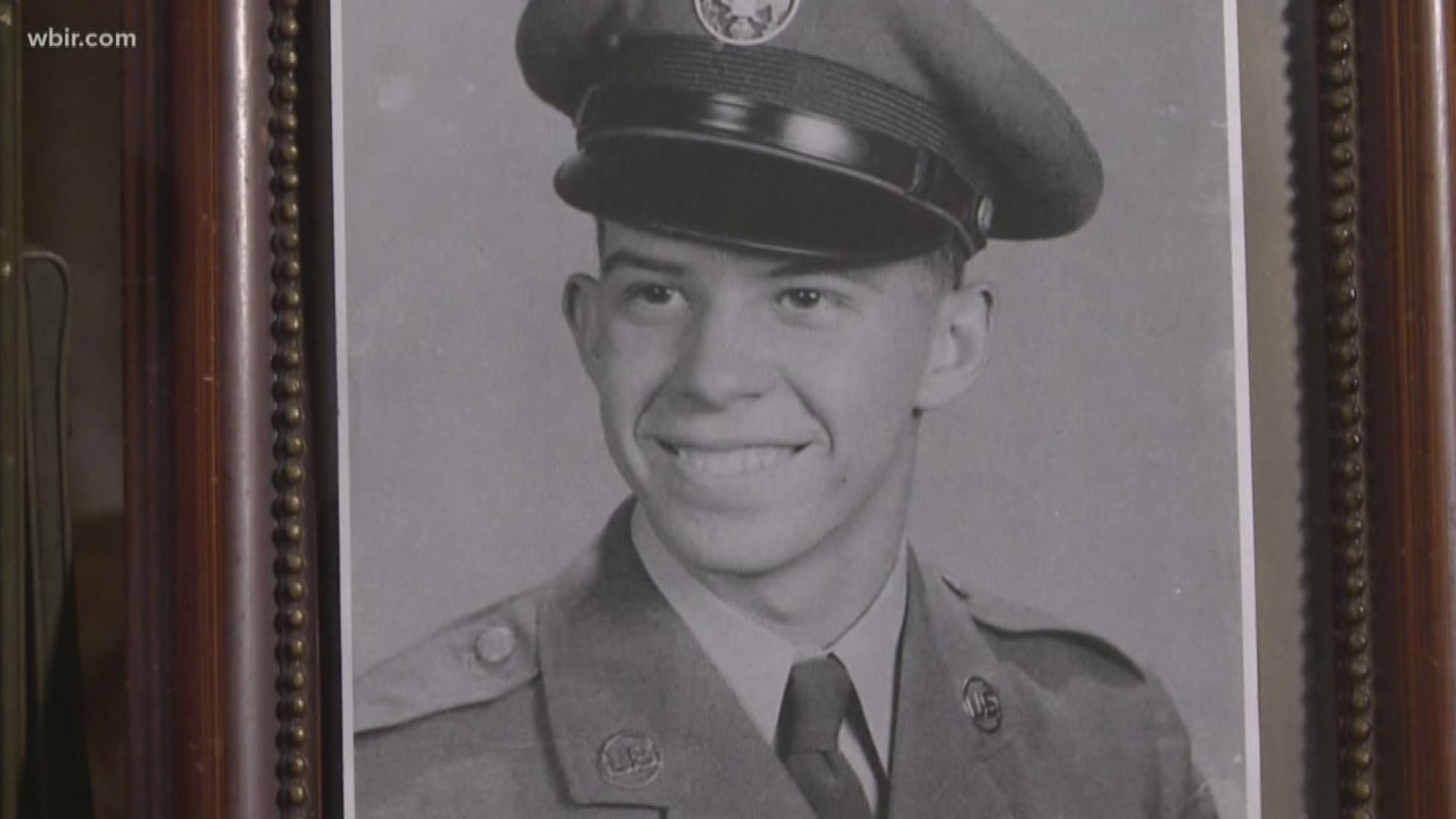 The funeral procession for an East Tennessee veteran prompted salutes from strangers and drew more than forty relatives to a military burial at Arlington National Cemetery.

“I was glad I was able to make the trip,” said the older sister of William Edmond Mize Jr,  Ms. Rachel Hollbrook.  The honor guard handed her the folded flag on behalf of a grateful nation at a ceremony in late March.

“I remember everybody was kind, they were really kind,” recalled Ms. Hollbrook about the military men and women who helped escort the family to a burial many thought they would never witness.

“He’s where he should be but I miss him, and I always will,” said Ms. Hollbrook.

“Mother even went to Alaska in her last year or two of life.  We’d always thought that he was still alive,” recalled Ms. Rachel Hollbrook clutching a tissue and wiping away tears.

Her younger brother “Eddie” was just 19 years old when the family learned the military suspected his transport plane slammed into a mountain.  That was 1952.  60 years later members of the military reconnected with Eddie’s family and told them a helicopter crew had rediscovered the wreckage of the C-124 Globemaster II and a recovery team was working to find and identify the remains of the 52 troops on board.

“I knew then that he wasn’t just missing that he was really dead.  Like I said, it just brought everything back fresh.  It was just like the day it all started,” said Ms. Hollbrook.  She says her mother went to her grave thinking William Edmond Mize, Jr. might still be alive.

“Eddie” died at age 19 and now at age 86, Ms. Hollbrook says she feels some closure after saying a final formal goodbye to a brother she remembers as a fun-loving jokester who lived to sing and laugh.

The grave site at Arlington National Cemetery will serve as a symbolic tribute to the 52 troops killed aboard that fateful flight.