“In Vietnam I made a promise to God, that if I could get out of there, I will do my best to be a servant,” said Ron Brewer, a wounded veteran shot five times at war. 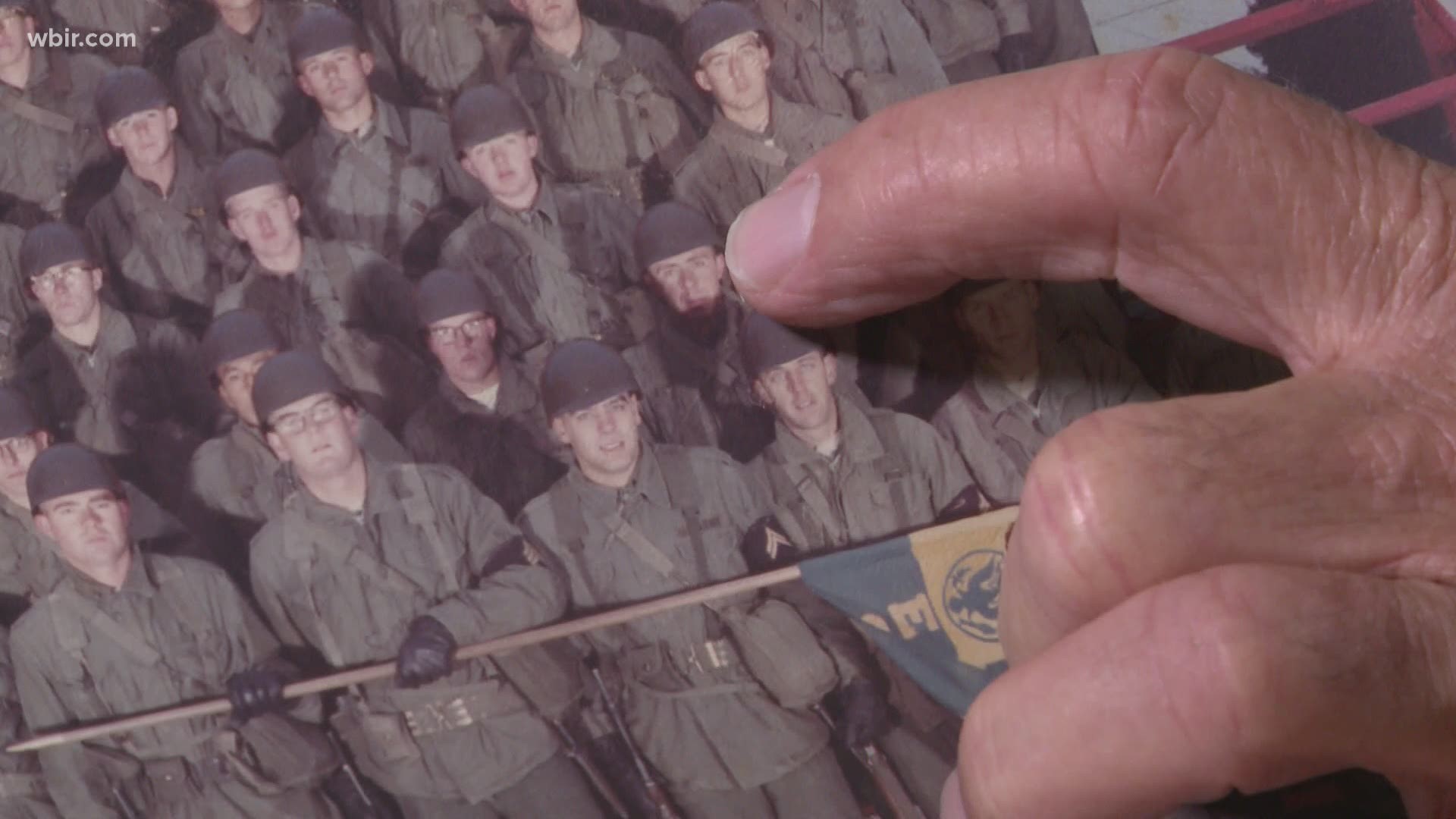 BLOUNT COUNTY, Tenn. — Touchdown in Vietnam.  Duck, ‘we’re under attack.’ And, oh by the way, ‘happy birthday.’  That sums up the first day in a war zone for Ron Brewer.

“You are always on your toes.  You never sleep, you are always awake,” said the Army veteran who was roughly five months into his tour when he was shot five times in an ambush on June 23, 1969.

Credit: John Becker
Ron Brewer was drafted into the Army at age 18 and still has the enemy bullet that stayed lodged in his body for months after a firefight in Vietnam.

“In ‘Antenna Valley,’ the life expectancy of a radio carrier was seven minutes,” said Brewer, referring to a strategic slice of jungle known as the 'A Shau Valley' along the Ho Chi Minh Trail.

In our on-camera interview that wounded veteran explains the promise he made to God in Vietnam and how he worked to fulfill it in his civilian life back on the home front.  It included working in customer service at Delta Airlines for almost three decades.  In that role, Brewer would form a connection and friendship with an East Tennessee icon and founder of the non-profit Remote Area Medical, Stan Brock.

“I miss that old boy every day,” said Brewer, who would leave his customer service job to join Brock and RAM for 19 years crisscrossing the world offering free medical and dental clinics for people in need.

“RAM has helped so many people, and we have helped change so many lives.  Some people just need a hand.  And that’s what they get.  We just lift them up,” said Brewer.

Drafted at age 18, the now 72-year-old native of Blount County said his military service and that promise so long ago in the jungle would shaped the rest of his life.

Credit: John Becker
Ron Brewer spent 19 years with Remote Area Medical. He stands next to a prop from a DC-3/C-47 plane that served as a symbol of that non-profit. It was often flown by his friend, the late Stan Brock

Stan Brock was the person that influence my life the most. He was mentor that everyone should follow

I do today but there was a dark time when I returned from Nam that we as VIETNAM Veteran were spit and cursed for serving our country but the wheel has turned in the pat years. Our Country is recognizing us

It is nice when someone just says” welcome home” or just a simple handshake.

I volunteer and donate to Wreaths Across America each year to place wreaths on the graves at Christmas. Support our vets in being a mentor for them and always having an open line to their needs

I don’t think they are different. They had a different location that they fought in and it was a different kind of terrain. They are still veterans and they fought for their country believing just as I did.

I definitely encourage young people to enter the military.

I think that we don’t need to go looking for war, but if we are needed to assist our allies we should not forsake them. We need to try negotiations before hostile gun fire. It would be nice if we could all just get along

I believe that once you think or feel that you may be at the end of you tunnel and you have to ask for a favor, best to live up to it. I ask him once and he held up his promise so now I must carry on to the best of my ability. I never was a big believer but with gun fire and motors around my platoon will change the faintest of souls.