A book and movie chronicles almost three years of prison camp life for American nurses, but a handwritten journal paints an intimate portrait of that experience. 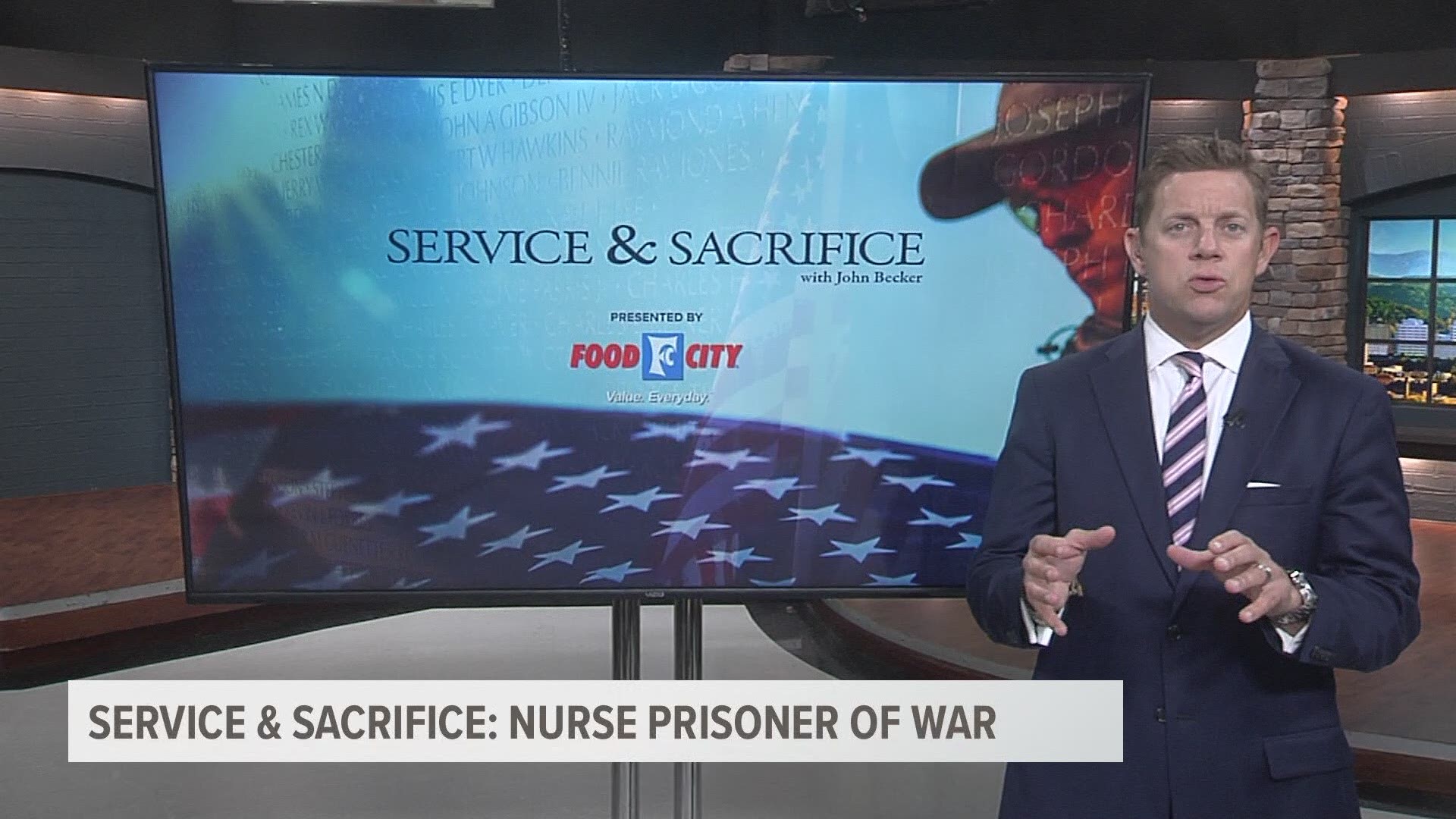 The handwritten diary of a World War II nurse documents her 34 months as a prisoner in an internment camp run by the Japanese military.

“They were worried they might be bombed by Americans. They were also worried that at the end they would be killed by the Japanese,” said Cathy Rozmus Shuman, who has held on to so many of her mother’s keepsakes that they fill a dining room table.

In 1941 Helen Louise Gardner Rozmus was in her mid-twenties, and after joining the Army Nursing Corps the military shipped her to the Philippines. The bombing of Pearl Harbor in December of that year was the catalyst for the war in the Pacific. It wasn’t long before young Helen Louise started dodging bombs and plotting an escape from what was an island paradise.

“Our group of nurses was small, at the most 12. What a life. We worked half days and we were almost overrun with parties, parties, parties,” reads an early notation from the diary of Ms. Rozmus.

The book We Band of Angels and the movie Woman of Valor both chronicle the capture of Ms. Rozmus and her fellow nurses.

“Eighty-nine and a lot of civilians, a lot of people. People from all over the world had found their home in the Philippines. There were a lot of land owners, factory owners, and their families, so there were women and children in this interment camp,” said Ms. Shuman.

It is her mother’s handwritten journal that presents an intimate look at her mental state and daily life in the prison camp.

No meat. I’m back to fish and rice. No sugar.

Things are going from bad to worse.

And mail from mother, Oh what a thrill.

The journal entries encapsulate almost three years of captivity, right up to their liberation by American forces.

Helen Louise Gardner Rozmus died in 2004 one month shy of her 90th birthday. Her experience as a POW shaped her life, but her daughter said it did not define it.

“She frequently said that was the past and I want to live in the present.  And it wasn’t that she wasn’t interested in talking about it from time to time, but she really wanted to move on,” said Ms. Shuman.