The war journal from a navigator of an F-111 fighter jet describes life in the cockpit during the opening days of Operation Desert Storm. 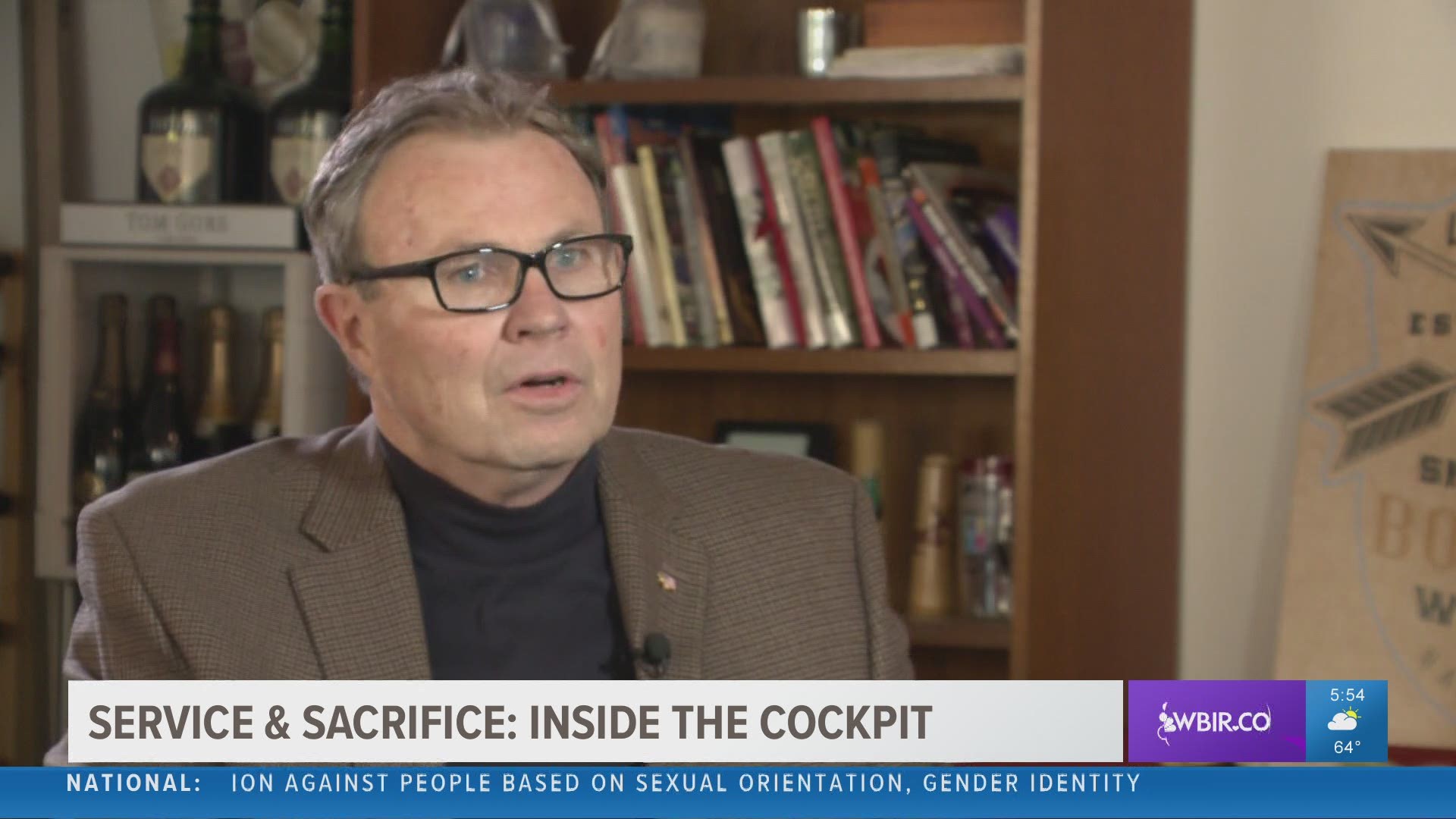 GATLINBURG, Tenn. — Paging through a war journal that dates back 30 years, Air Force veteran and F-111 navigator Mike Sweeney records the twists and turns of what was supposed to be an “easy mission” during the opening days of the first Gulf War.

“It was all purely dropping bombs at night, mostly night,” said Sweeney who received the Distinguished Flying Cross, the military’s highest award for heroics in the sky, for his actions on what was his first combat mission of the war.

“Pretty proud that I got one to be honest with you. But at the same time, grateful since I know there were guys that didn't come back that that deserved them more than I do,” said the 67-year-old veteran who served a combined 30 years in both the Air Force and the Navy.

He received a second DFC for his actions near the end of the war on a bombing mission just outside Baghdad.

His detailed war journal offers an edge-of-the-seat glimpse at the risk that aviators faced in the skies during a war made famous by black-and-white videos underlining America’s air superiority in that conflict.

Sweeney walks us through near misses and successes in our extended on-camera story and also explains the impact of his military service on the rest of his life in the following 10 questions.

Here in Tennessee and other conservative states, yes, but what I see of the new federal government and those now in power that advocate for socialism, I feel the destructive winds of change may be upon our country.

Respect the Constitution and the intentions of the founding fathers and support our troops with adequate pay and compensation for the extraordinary duty they are asked to perform.

We financially support veterans' charitable organizations, I am a lifetime member of the VFW and the Military Officers Association of America. I am a retired Lt. Col. and my wife Amelia is a retired US Navy LCDR. She is a professional singer and has performed the national anthem at professional sporting events throughout the country. She's good!

Yes, the spirit of volunteerism and 'service above self' continues to run through those men and women serving in the Armed Forces. However, I do fear that our younger generations have become soft and unwilling to make the sacrifices those before them found necessary for the good of the nation.

It meant everything to me and has set me on my present path.

My father and uncle, his younger brother, who also served in the Navy

Absolutely and have had some success with two grandsons, though unfortunately not my own sons LOL!

I studied political science in both the Naval Academy and later in civilian college and had come to the conclusion that it was sometimes a necessary evil when diplomacy failed. My own limited experience during Desert Storm has not changed that opinion.

Reinforced it. I was raised a Catholic and continue to practice as a Lector, Eucharistic Minister and I am a 4th Degree Knight of Columbus in good standing.