A free counseling program launched in 2016 by a Knoxville non-profit is treating military veterans and their families. 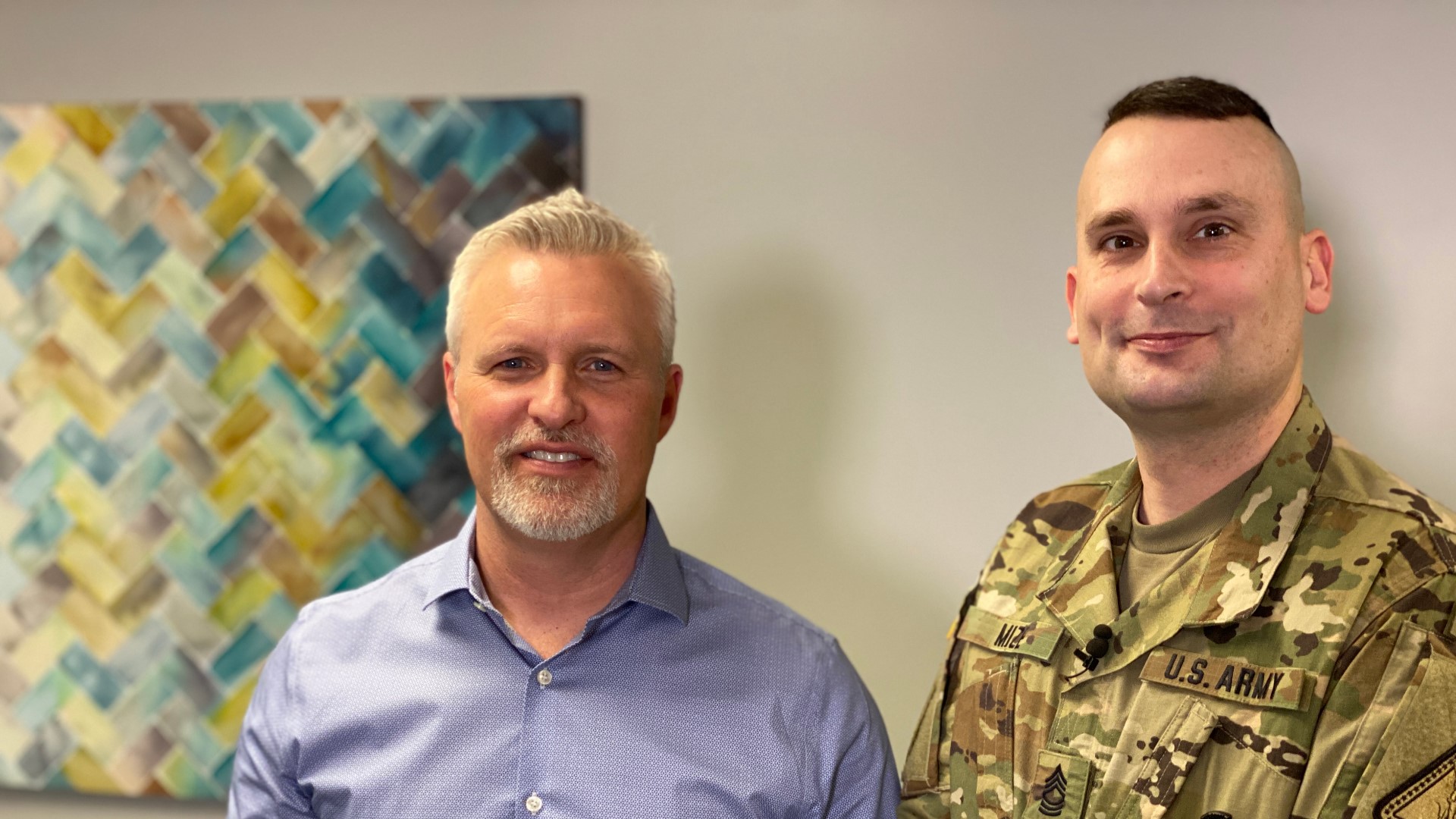 KNOXVILLE, Tenn — Combat veteran Fred Mize never considered taking his own life, he just hoped God would end it all.

“I never had suicidal thoughts, but I prayed to God several times in my life to just take me,” said the 20- year Army National Guard veteran.

A deployment during the war in Iraq back in 2004 left the now 42-year old soldier with trauma that haunted him for more than a decade.

“It doesn’t only effect you as a soldier, it effects your whole family and those around you,” said Mize.

After trying therapy, journaling, and prayer, the combat engineer eventually sought counseling through the military services arm of the Helen Ross McNabb Center.

“I just got to where I didn’t feel I could handle the stresses of the PTSD (post-traumatic stress disorder) any longer on my own and I needed more help,” said Mize.

He found that help through a program the Knoxville based non-profit launched back in 2016.  It employs a team of counselors, who are also military veterans, to connect with fellow veterans and their families in need of mental health services. They welcome all clients and don’t charge for treatment.

“The therapists, we each served and we know the culture, we know the language, we’re part of the family,” said Tony Weaver who is an Army veteran and as a counselor, has treated a wide range of clients from teenagers with a parent serving in the military, to a veteran of the war Korea in his early eighties.

“I’m very proud of the work because I see it on a regular basis folks coming in who need help and need help fast.  And I see them leaving after treatment, months, sometimes weeks but they are changed individuals,” said Weaver who says the counseling program framework calls for a six month commitment of one or two 50 minute sessions a week.  Some clients need more, some less time to reach the ultimate goal.

“Getting them to the place where they feel more comfortable and getting them back into being a productive person in the society,” said Weaver from his quiet office surrounded by military coins and patches given to him by veterans grateful for his help navigating their mental health challenges.

In the last four years, three military veteran counselors on staff have helped treat more than 400 veterans and their families.

“Tony is a fellow veteran, and U.S. Army veteran, so he completely understands the way soldiers live, the things we face every day.  And also, he understands and appreciates the struggle soldiers go through living the military life plus a family life at the same time,” explained Mize who said the therapy has allowed him to, “Now…really enjoy life, instead of just existing in life.”