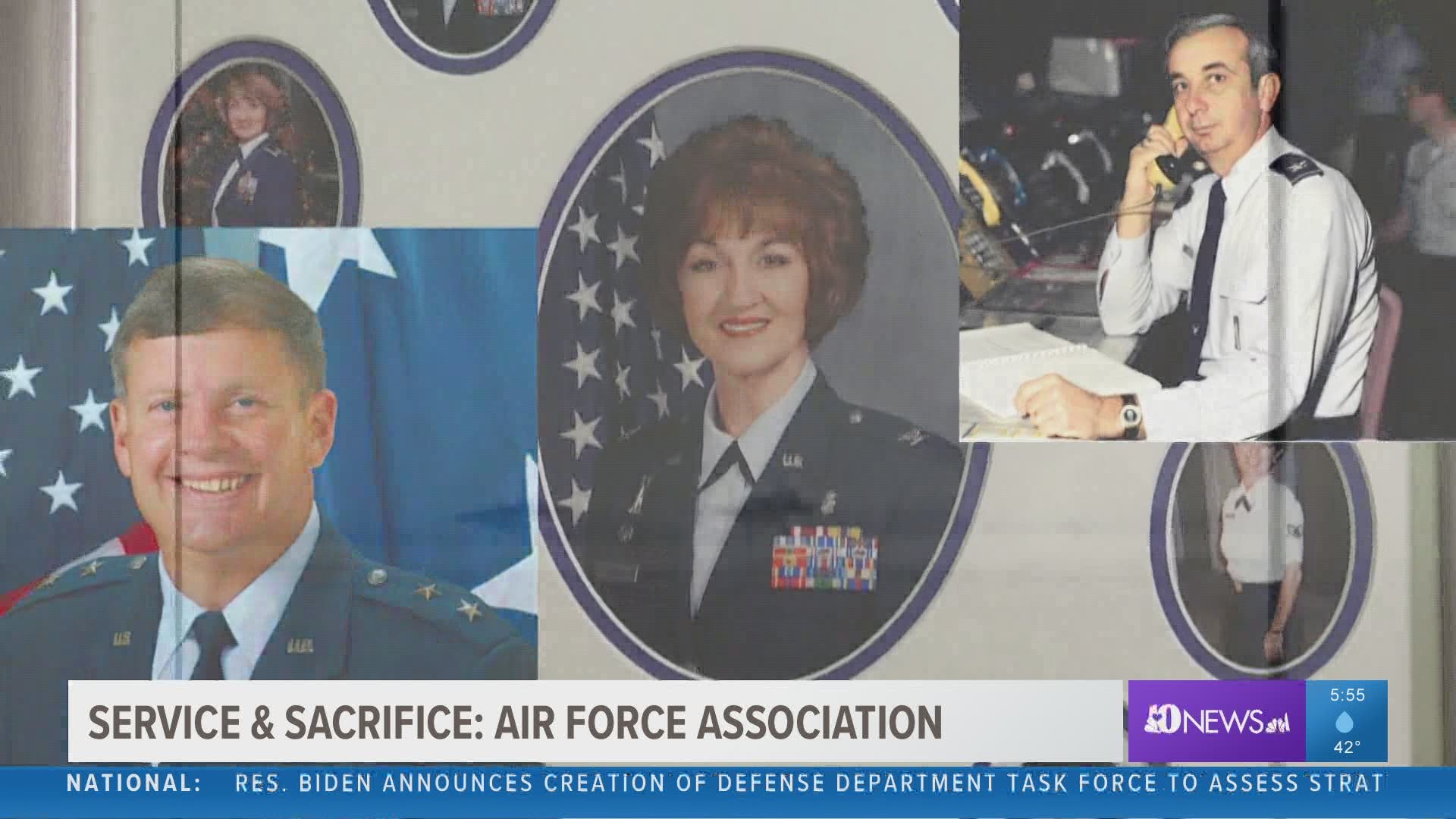 The Air Force Association is a national nonprofit founded before even before the Air Force and for 75 years now has worked to educate, advocate, and support on behalf of that relatively young military branch.

“More than 500 dedicated members from the Tri-Cities to halfway to Nashville, Chattanooga, they're part of it,” said retired Air Force colonel Joe Sutter and longtime member of the AFA.

Founded in 1946, the Air Force Association helped make the case for ensuring the Air Force would become a separate branch of the military.

“And it was a grassroots organization from the very beginning with chapters across the country,” said retired Air Force major general Richard Webber.

Among the more recent efforts of the group is to encourage more young people to pursue a career in computer science.  To that end, the AFA has supported after school club competitions like the CyberPatriot program profiled in a Service & Sacrifice story back in 2015.

“The whole motivation was not to necessarily recruit Air Force members, but to recognize this as a national problem,” said Sutter.

In addition to those efforts in schools the organization continues to advocate on behalf of Air Force veterans and their families for everything from ensuring there are honor guards at military funerals to pushing efforts to relieve tax burdens on veterans who live in several states throughout their military careers.

“For me personally, who was a military person for four decades — the AFA was instrumental in my life, career-wise, and retirement veteran-wise and family-wise,” said retired Air Force colonel Paula Penson.