The Fulton 7 died in combat during the war in Vietnam and their names will flank the entrance of their alma mater, thanks to a fundraising effort by fellow alumni. 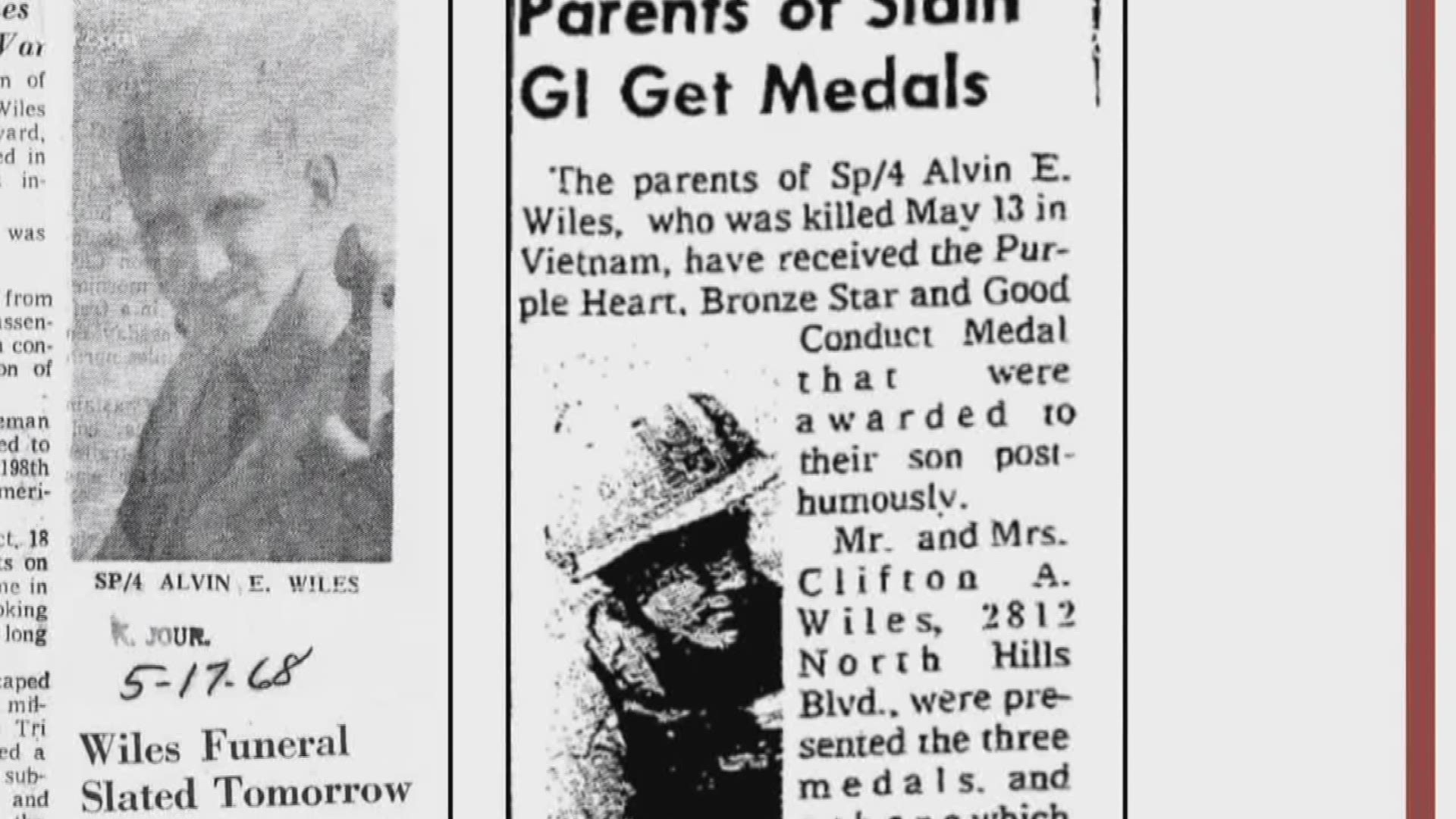 KNOXVILLE, Tenn. — Fulton alumni are family. It is a bond that spans decades. Just ask Class of ’65 graduate, Gary Koontz.

“Fulton people are tight people. They’re still a very tight-knit group, so what they’ve done is outstanding,” said the Fulton Falcon graduate and Marine Corps Vietnam veteran, praising the efforts of his fellow alumni and military veterans for a one-of-a-kind effort to pay tribute to fallen troops who attended Fulton.

“I think if we don’t remember these men who made this sacrifice then our community will be missing something,” said John Schlatter who led a three-year effort to build a memorial honoring the seven men who, not long after leaving Fulton High School, died serving in Vietnam.

“Those of us who went to high school with these guys, we’re all in our seventies now,” said Schlatter. A campaign on Facebook raised close to six thousand dollars from sixty different Fulton graduates, he also said.

“It’s been 50 years, I just don’t want these guys forgotten and anybody else that served in the military that served their country and served it honorably,” said Navy veteran and Fulton graduate Fred Kitts.

He was among a small group of core fundraisers who collected enough money to build two freestanding stone tributes that will flank the entrance to Fulton High School. One will honor the Fulton 7 and another will honor all the graduates of the school who went on to serve in the military.

“Alvin (Wiles) was born in 1946 … one of seven Wiles siblings that went to school here. He died on May 13, 1968, at the age of 21,” said Army veteran Ronnie Collins as he read from a tribute collage he helped put together for the monument's formal dedication.

One for each of the fallen troops will be on display at a public ceremony inside the Fulton High School auditorium on Saturday, March 28th at 10am. Families of the men killed in action will be honored guests at the gathering and the public is welcome to attend.

“These seven guys that we are honoring paid the ultimate sacrifice. They gave their lives. It’s Fulton family all the way,” said Collins.

Here is the list of men etched on the stone memorial and links to their pages on the website: The Wall of Faces