The Distinguished Flying Cross is awarded to a select few for heroism in flight and we hear from founding fathers of a new East TN chapter. 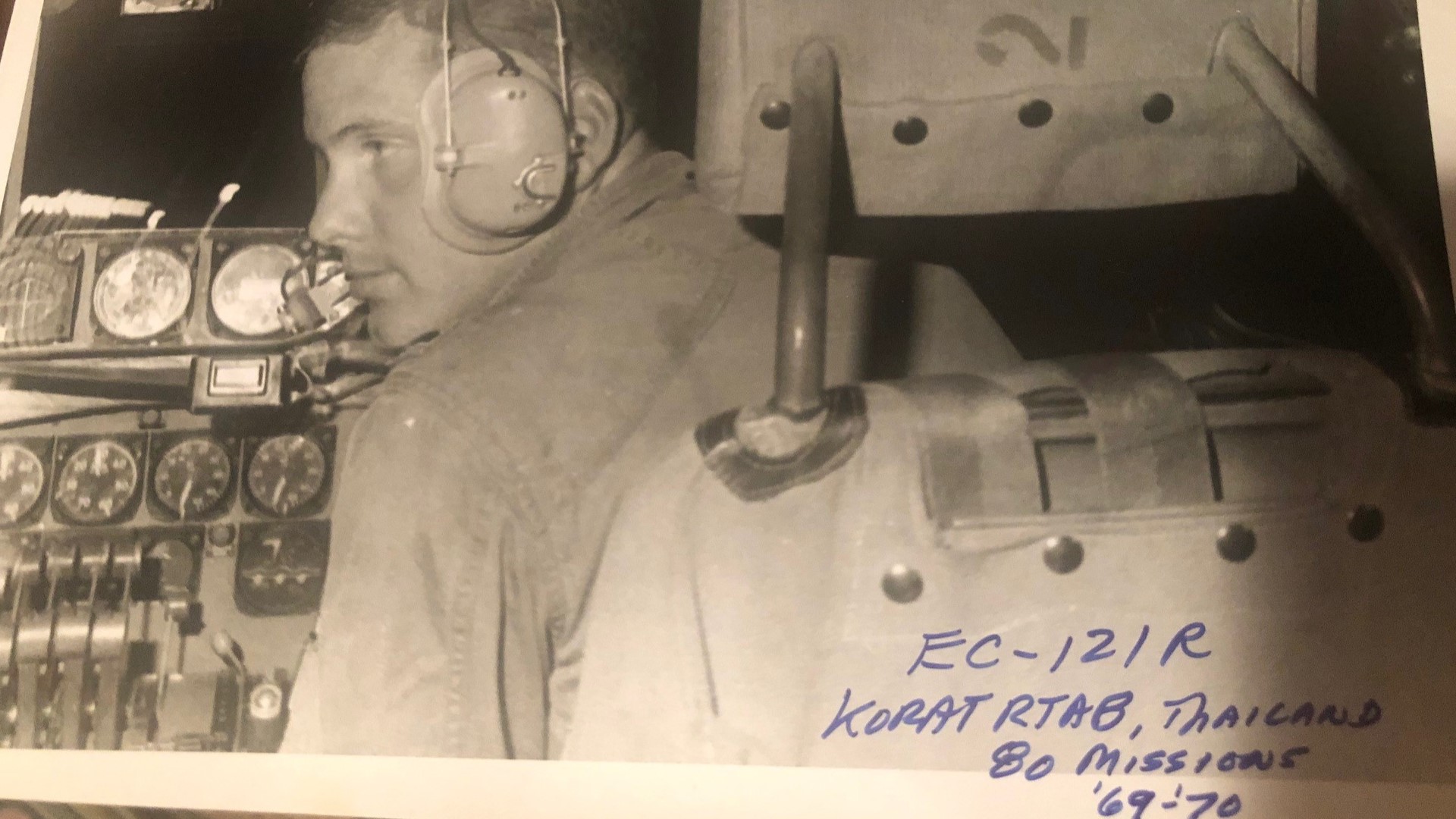 A founding member of a new chapter of The Distinguished Flying Cross Society in East Tennessee says during his two tours and 180 missions as a combat pilot in Vietnam he survived roughly 40 close calls.

“We pulled the plane up to a really low speed got the thing feathered but they've been a lot of damage. In fact, the crew had already put the chutes on to jump out we had about 14 guys in the back,” recalled veteran fighter pilot J. Grover Wilson about the mission that earned him the military’s fourth highest award for heroism.  During that top secret mission he managed to save himself and the other souls aboard a reconnaissance flight under heavy fire.

As a recipient of the DFC he is in both “good” and “select” company.  Among the notable recipients since Congress established the medal for heroism in aerial flight in 1926:  Naval Reserve veteran Charles Lindbergh for his first solo flight across the Atlantic from New York to Paris in 1927.  Former president and World War II fighter-bomber pilot George H.W. Bush.  And veteran aviator, astronaut, and six-time recipient of the DFC, John Glenn.

“It's a tight fraternity. good group of people. We're very humble about it, because we think that a lot of people should have received the DFC that didn't,” said Wilson who is one of nine “founding fathers” of East Tennessee chapter named after veteran pilot Walter J “Bud” Bacon.

“Well, my story is nothing like some of the stories that are out there…just amazing,” said Wilson who plans regular gathering of the group.  They will include service projects for the community and a chance for veterans with a shared honor to reflect on their military service.

For more insight into the impact his military service on the rest of his life, here are 10 questions with DFC recipient J. Grover Wilson.

1.What one person influenced you most in life?

My Mother-her motto, never give up-ran our shoe store in Franklin-Had me up at 8am on Saturdays, worked to 9pm. I never give up.

Better now than in the 60s and 70s. Yes, individually I am honored, and would do it all over again.

Honor and help our current day Veterans. Just saying “thank you for your service” is not enough. Help out with those wounded vets.

Always have great conversations with them as I find them in society and business. When they know I served two combat tours, they know I understand what it was all about. The public has no idea what they go through.

Much better trained. No draftees that are only there for two years and very unexperienced. Even though, the draftees did represent a large group with experience in the military. Less than .02% today have direct exposure to the military (i.e. family members and vets). You volunteer to be a pilot. Even pilot training was dangerous. Started with 105, killed two, graduated 52. The goal; to be professional and have a great motive to be successful. We eat, drank and slept flying. It was intense.

Changed my life. I was thrown into a maturity now situation with a lot of responsibility. As we use to say “drinking out of a fire hydrant!” I was a poor student at UT, just skated through 4 years, and in the military, I learned to study and expand my background, knowledge and experience. The USAF paid for my Master’s degree (MBA) and with the maturity of the service, I excelled. Only made one B, the rest As! As a pilot, you have to make spit second decisions. This is paramount to life and business. When you climbed into that plane, it was yours and your decisions. The Air Force never questioned that.

Yes. I have written a book. Now at 150 pages, could be 200, so they know the stories, even the mistakes and the danger. Surreal! The problems we have currently; as generations pass, so does the history. Our vets need to pass that history to at least two generations.

My uncle John Wilson, who I am named after, was in the Big Red One WW2 and fought in Germany at the end of the War. My uncle George, was a career Navy chief who fought in the battle of Coral Sea in WW2. My uncle Jack Church, was a corpsman in Marines (actually Navy but they were so honored, they wore the Marine uniform) and made it through Guadalcanal and Iwo Jima, WW2-highly decorated.

Yes I have encouraged but not to extent of making decisions for them. When I look at my flying career, I am very lucky to still be here, so I am reluctant to insist the grandchildren to jump into this. My saying “Through luck, skill or the Grace of God,” I am still here. I would like to think it was skill but most likely the the grace of God.

Make sure you get into War for the right reasons. It would be great to have a military person who was President. They would not be so quick to put our young people at harm’s way. There’s a great movie “They were Expendable” with John Wayne and PT boats WW2. I felt like the powers/military/government thought we were expendable. Some of the missions they gave me in the RF-4, seems as though they had no experience in determining how dangerous it is and does the objective out weight exposing the Air Crew. In reconnaissance (in Vietnam), you had to come home to complete the mission. Our squadron lost more on a % than any other due to danger of the mission.

Even though we didn’t go to church much, usually flying, it did increase my faith. I grew up the Presbyterian church and everyone has always told me they believe in fate. I am pretty much sure, fate was big thing. As you know, I failed the eye test for the Navy and that fateful day that the USAF recruiter called me, is one for the books. I often said a prayer before descending into enemy territory and as I climbed down the ladder after completing the mission. I would run through a plate glass door, to do it all again.