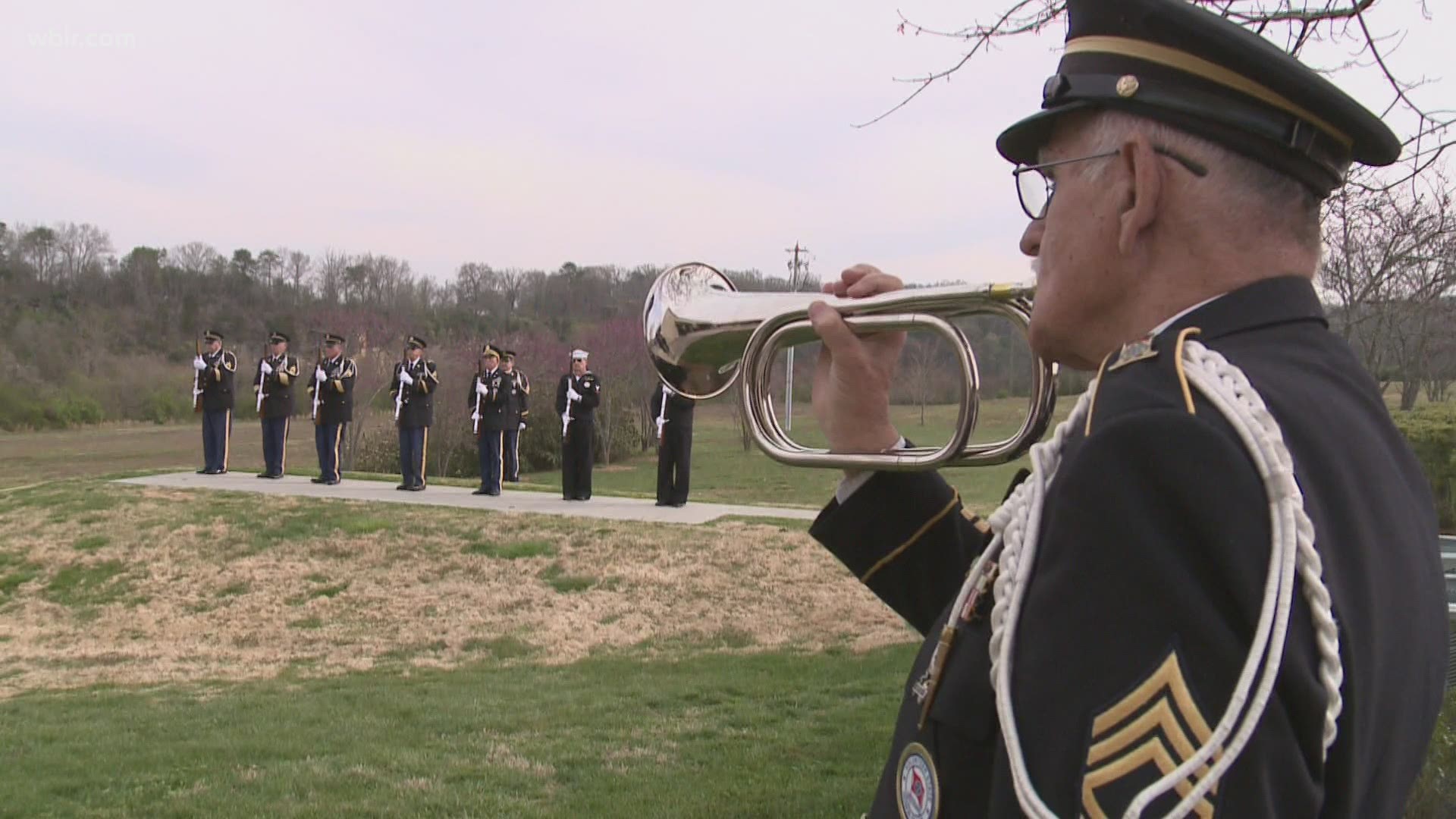 CAMPBELL COUNTY, Tenn. — One founding member of the Campbell County Honor Guard has been putting on his uniform for almost 70 years.

“I just enjoy paying honor to deceased veterans.  And I know someday I’ll be one,” said 84-year old Hugh Hatmaker. He is marking 30 years with that volunteer group based in La Follette, Tennessee.

In 1991, the veteran of the Army and Air Force helped create an honor guard unit that averaged almost 100 funerals a year. The fellow veterans offer a final salute to men and women who severed the country honorably, at no cost to families. They operate solely on donations to help pay for vans, fuel and uniforms.

Credit: Hugh Hatmaker
The Campbell County Honor Guard was first founded in 1991. In 30 years the volunteer group is averaging almost 100 funerals a year.

The symbolic ceremony is relatively short, typically lasting no more than 10 or 15 minutes. It includes a 21 gun salute, the playing of taps and the presentation of a folded American flag.

“If the (deceased veteran) is Air Force I say, ‘On behalf of the United States Air Force and a grateful nation, please accept this flag as a token of appreciation for your loved ones honorable and faithful service to our country,’’ said the 22-year veteran who served from the Korean War Era through the war in Vietnam and ended his military career as a loadmaster aboard C-130 cargo planes.

In addition to our on-camera interview, Hugh Hatmaker took the time to answer the following 10 questions about the impact his military service had on the rest of his life.

Those questions are listed below.

Credit: Hugh Hatmaker
A collection of photos from military veteran Hugh Hatmaker and his 30 years of volunteer service in the Campbell County Honor Guard

Just a simple, "thank you for your service to our country."

4.  How do you honor your fellow servicemen and women?

Thanking them for their service and honoring all deceased veterans on Memorial Day as well as Military Honors at their burial.

Very much different. They are recognized and treated better by our military and civilians. They have better methods of contacting their family.

My military service influenced my life very much. Discipline, pride in the military. It molded my future, you see I was only 17 when entering the service.

Only an uncle in the Navy and an aunt in the Army, both during World War II.

It has not changed much. If we are at war, we should win it. Hope we never are again.

My religious faith was already shaped when I enlisted.