For almost 10 years military veterans in Blount County have received special tributes in their dying days from hospice volunteers who are also veterans. 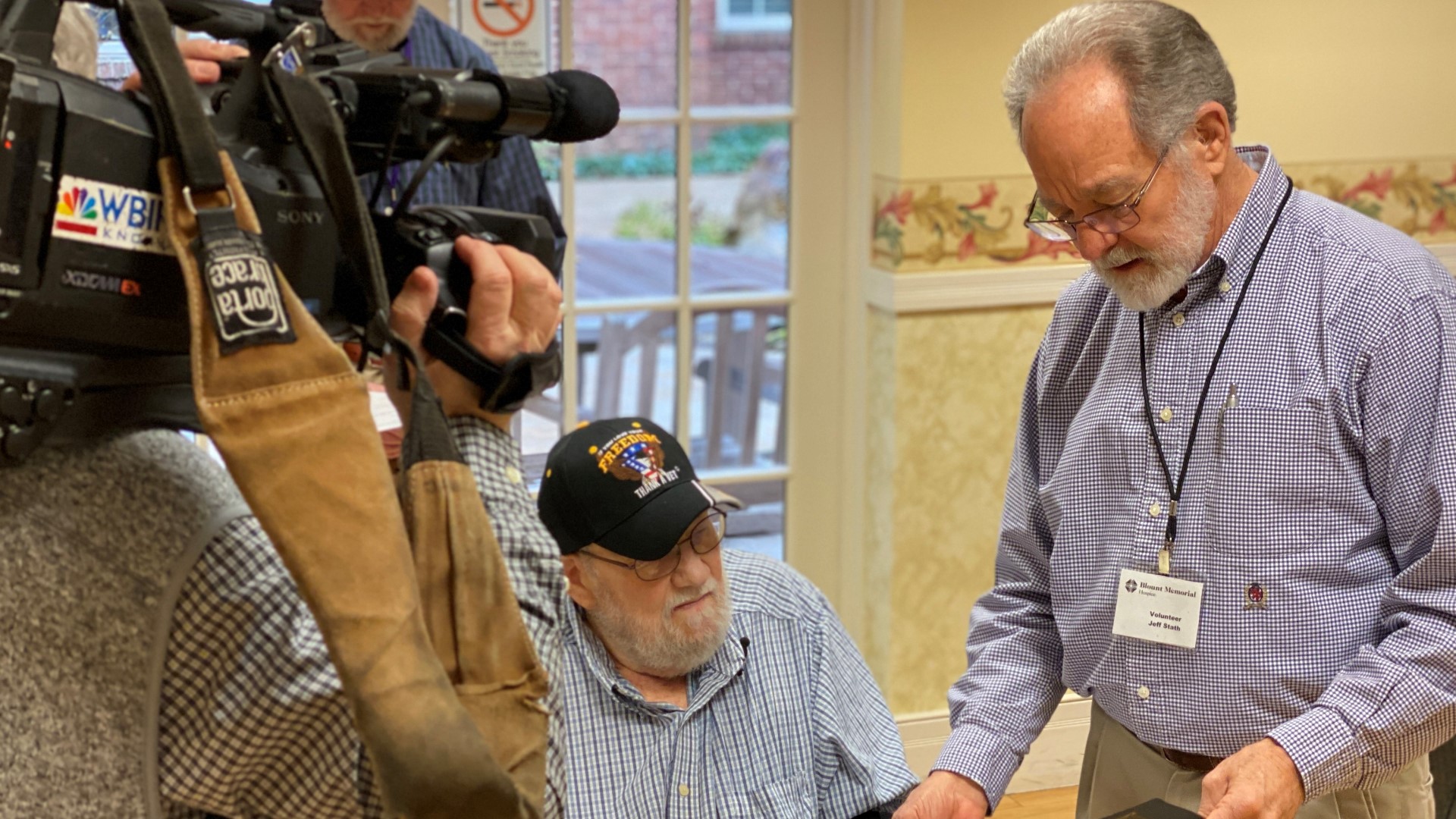 Sharing time with a veteran in their final days amounts to a calling for Jeff Stath.

“This is a driving force in my life to work with veterans in hospice to bring about whatever healing and restoration I can,” said the veteran of the war in Vietnam who served in the Army Signal Corps. He later became a hospital chaplain but only after overcoming drug abuse and enduring the emotional scars of serving overseas.

“Every time I speak to a veteran there’s that connection to me and when I bring them restoration, wholeness, and healing, part of me is included in that,” said the now veteran volunteer of a hospice program through Blount Memorial Hospital and dedicated to honoring military veterans in their dying days.

“Usually the caretaker will call and say, I need some relief, could you be with so-and-so while I go to errands, or shop, or whatever,” said Navy veteran Gary Thacker who also volunteers with the Blount Memorial Hospice program.  For more than a decade the palliative care team has helped serve and pay tribute to more than 250 military veterans.

“I’ll go and sit with the patient and depending on where the patient is at that time we might talk, share, visit, work puzzles, or not…just sit and be quiet. Just be there, just let them know that I’m there if they need it,” said Thacker.

“Just talking and sharing, whether it is playing checkers, whether it is reading to them, whether it’s holding their hand and praying for them, we can bring healing and completeness to their life,” said Hospice volunteer Jeff Stath.

“It was a good career, especially during the time I went through it,” recalled Brogan who served almost 15 years in the U.S. Air Force.  His fellow veterans presented him with a signature hat, commemorative pin, and recited a poem in his honor.  Another hospice volunteer then helped present an American flag she sewed to the now wheelchair-bound aviator.

“Every veteran is important whether they have served briefly or in a career, and that time is a brotherhood,” said Ellen Izard who is married to a military veteran and called the presentation “one that will stick with her.”

Just a couple of weeks after the intimate ceremony, Lt. Col. Henry Brogan died peacefully surrounded family at his bedside.

Editor's Note: 10News gathered the pictures and video for this story before the COVID-19 pandemic.  The hospice program suspended the presentations to veterans in March but plans to restart as soon as possible.