Service & Sacrifice: Memories of a “Tin Can” from a 100-year-old WWII Sailor

“If I had lived right, I’d live to be old!” A 100 year-old East Tennessee Navy veteran recounts his service in the Pacific and Atlantic Theatres in WWII. 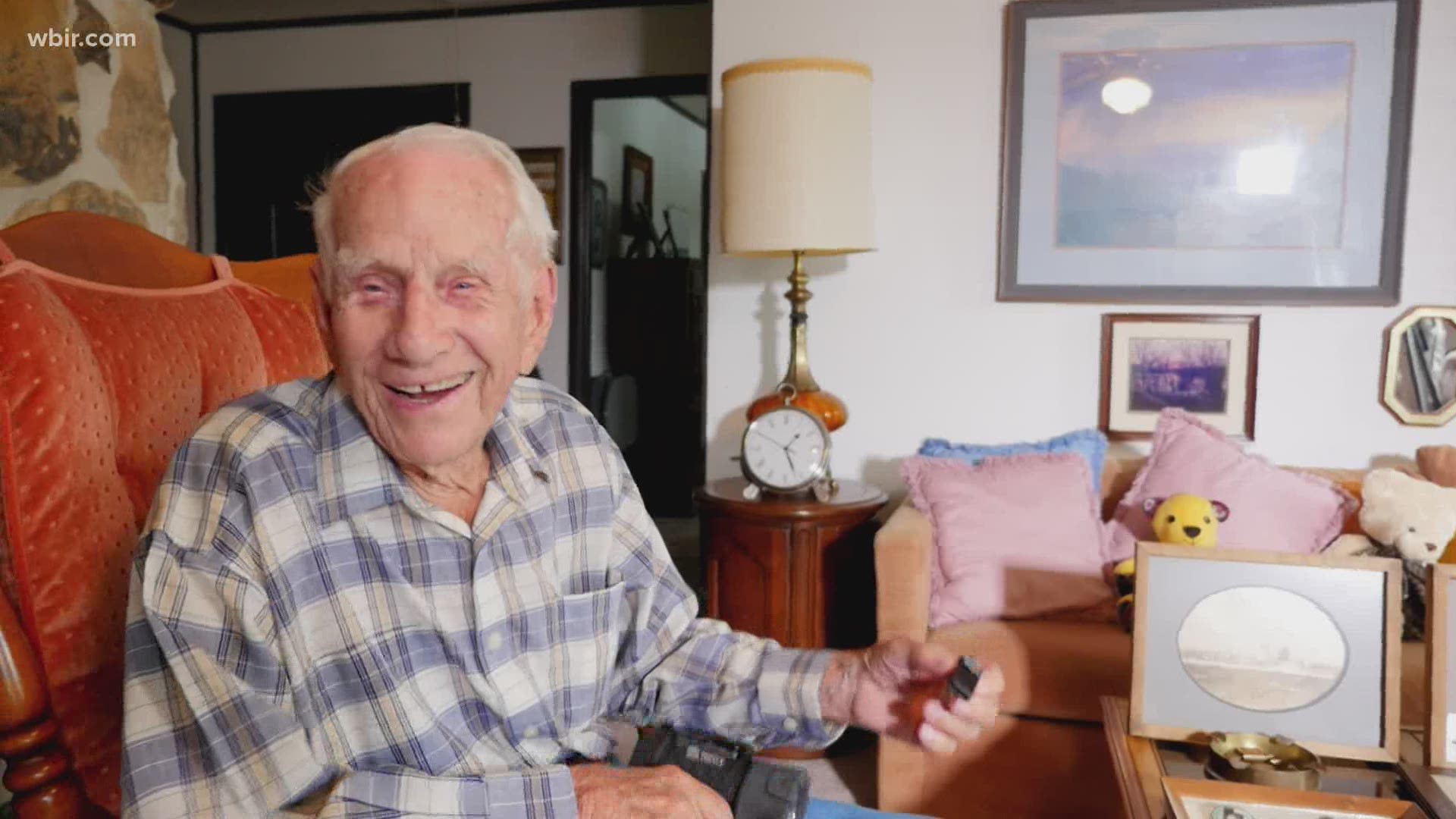 KNOXVILLE, Tenn. — Friends describe Hoke Culbertson as “a tough dog to keep under the porch.”

The 100-year-old World War II veteran is at ease with living independently at his home overlooking the Emory River in Kingston and driving to meet someone for a meal at the local Cracker Barrel.

“No secrets,” said the East Tennessee native with a smile and small chuckle when asked about reaching the century mark.

In World War II the Navy man served aboard a couple of destroyers.  Sailors nicknamed them “Tin Cans” in reference to the “thin” hulls on those war ships.  In addition to our on-camera conversation about his service in World War II, the veteran electrician’s mate also answered the following 10 questions about the influence of his military service on the rest of his life.

1.What one person influenced you most in life?

Mother or my dad.  The life they lead and the life they taught their children to lead.  My mother always told me it was easier to get in trouble than out.

They don’t need to.  It was my pleasure and privilege.  But I do appreciate it when they do thank me.  I’ve had people buy me dinner and I appreciate it.

I don’t honor them enough.  I really take my hat off to them.  I appreciate them.  I really got a lot of feeling for our service people.

5. How do you think this generation of service men and women is different or similar to yours?

I know one thing, I think they’re doing a good job.  They’re a great generation too.

It’s hard to answer that question.  I’m not sure I can explain the ways it did.  I have always remembered my service and talked about it with my wife and friends.  It is such a great privilege to have served.

No.  I’m the only one from my time back as far as I know.

I don’t know.  I would encourage them first to get an education and then maybe go into service.

9. After seeing it and living it how has your opinion of war changed?

I don’t think it has changed.  It is a necessity at times.

I talk to people about prayer.  When the enemy planes were flying, it was time to pray.  Maybe we forgot about God after everything cleared away.  I don’t think it had a huge influence on your faith.

Fourth of July.  The most important day in our history.