“I’ve learned how to recognize my triggers before they escalate," said Joshua Crawford — a military veteran undergoing therapy for anxiety. 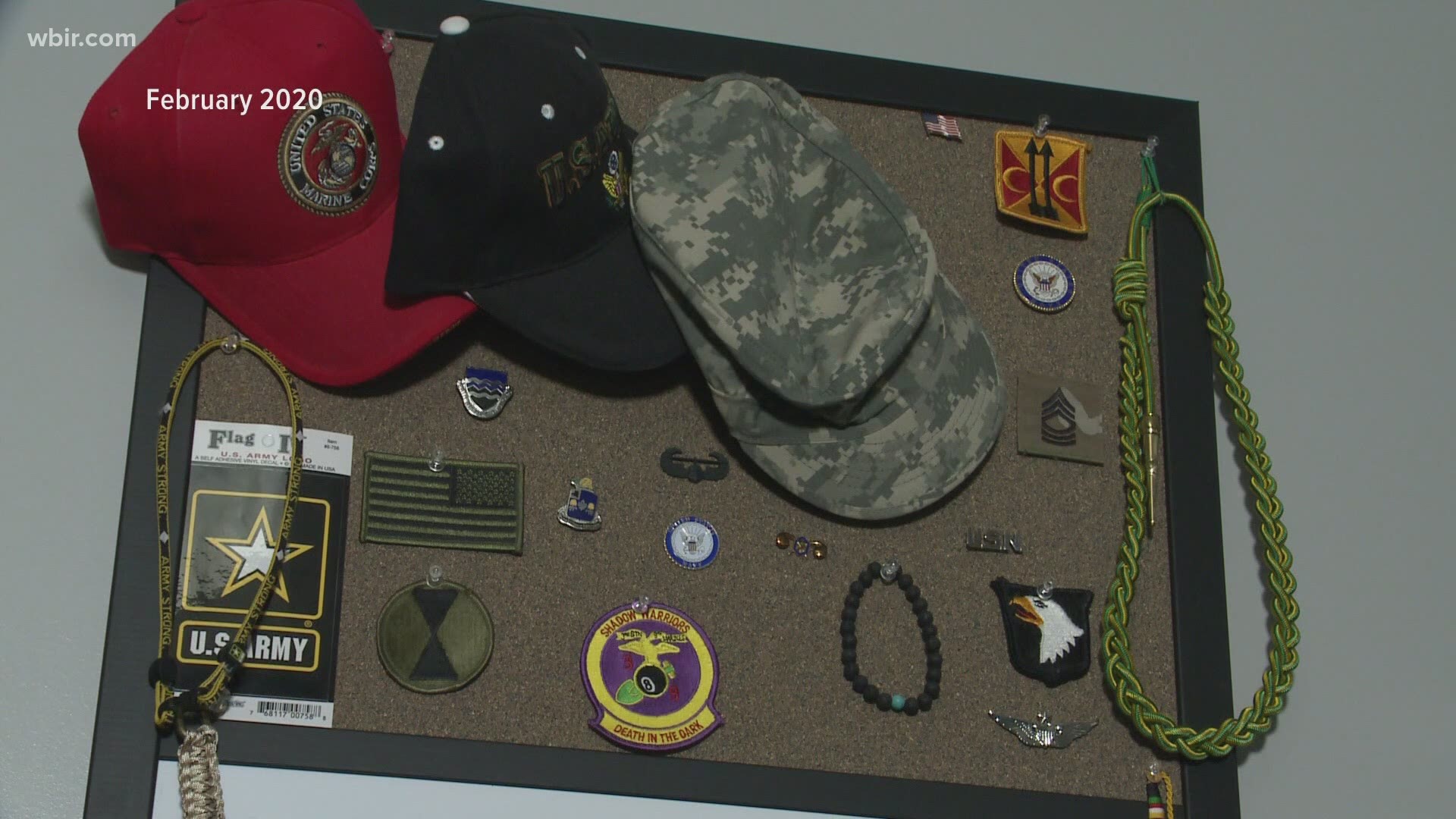 “A strong man stays silent and sort of just wallows in his pain. A stronger man knows when it's time to finally ask for help, and accepts the help,” said Crawford.

At the start of the COVID-19 lockdowns, he was forced to move to telehealth counseling and spend his hour-long session over the phone instead of a much-preferred face-to-face meeting.

“Over the phone, it’s harder to do,” said Crawford.

“It shot up to around 70. And now it is hovering around 45 to 55,” said military veteran and McNabb Center therapist Cade Long.

He said that the caseload is approaching more normal levels.

In early 2020, we first joined him on the road visiting out-patient clinics in outlying counties. After the lockdown phase, he has picked up those in-person visits again. But he is now working hard to draw veterans suffering anxiety out of their tendency to self-isolate.

“Even as things eased up, they would still barely go out. And so, to see me or another therapist is very important because that’s only a lot of times their only social interaction,” said Long.

His colleague, Tony Weaver, who is also a veteran, said that the pandemic also triggered more visits by spouses and children of military veterans suffering from post-traumatic stress.

“The symptoms of PTSD are more impactful on spouses and dependents. Again, being in close confined quarters, has seemed to have impacted the entire family versus just the veteran,” said Weaver.

Despite the pandemic, Joshua Crawford wants fellow veterans to know he has made progress in his mental health journey.

“It's been an amazing ride. And of course, we're still working on some stuff," he said. "The stressors never go away. But it’s how you deal with those stressors. And like I said, you can be constructive or destructive. And I'd rather be constructive.”