“The families … they cry, as much as the veterans do,” Ed Junod, Organizer Korean Ambassador for Peace Medal, said. 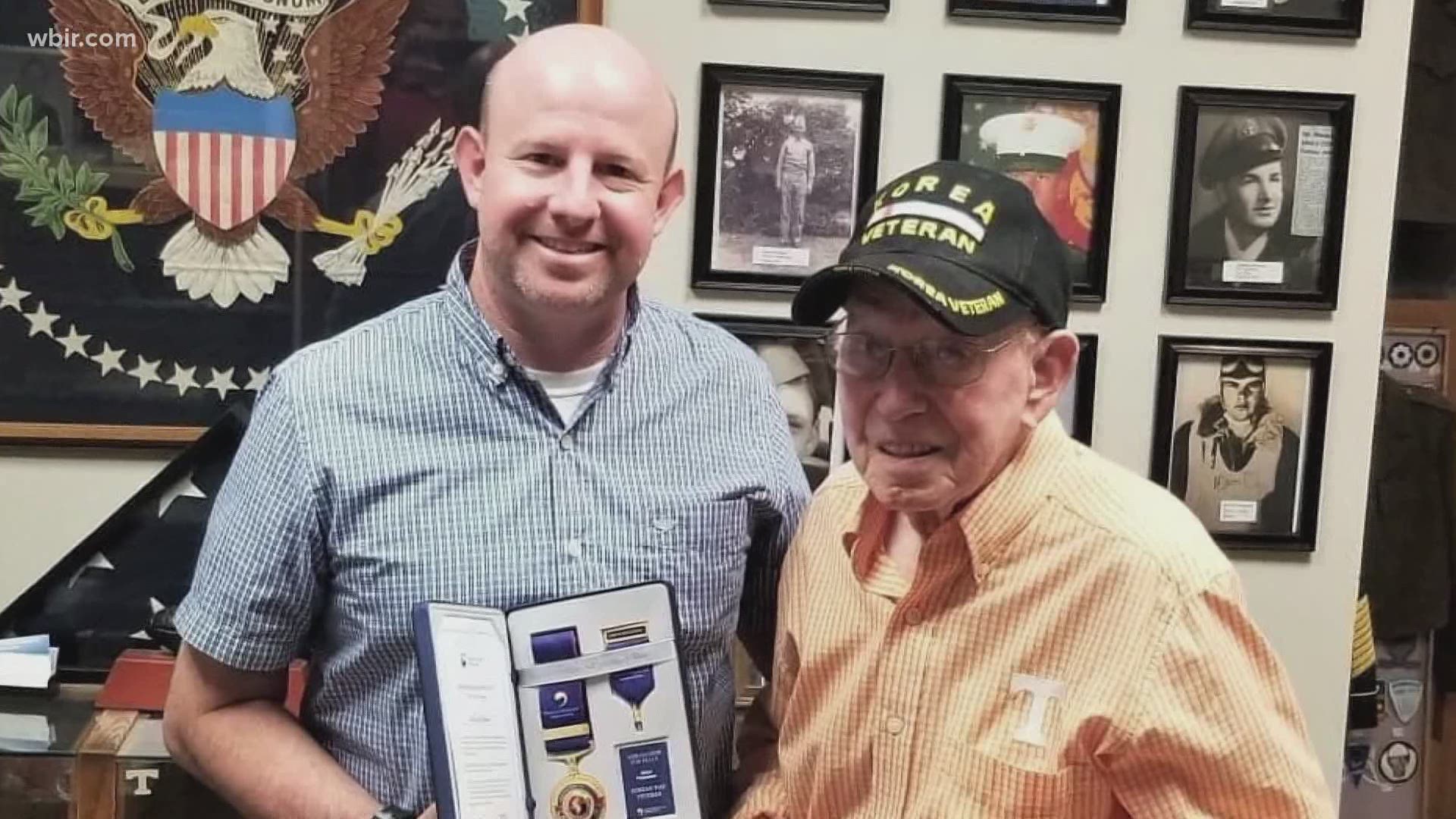 KNOXVILLE, Tennessee — An unexpected surprise from the government and the people of South Korea left one veteran of that war almost speechless.

“It just filled my heart, it really did that they thought that much of us,” said Air Force veteran Charles Quagliana displaying his Korean Ambassador for Peace Medal.

The gold medal and purple ribbon are a tribute to American veterans of the three-year war in Korea from 1950-1953.   The medal once went to veterans who returned to Korea after the war as a “thank you” for their service.  But that effort has expanded to any veteran who served in that conflict, living or dead.

“It means so much because most of them are in their late 80s or early 90s,” said Nathan Weinbaum, Veterans Service Officer in Blount County.

He has helped award four of those medals in his county this year and said he guesses there may be a few dozen more in his county eligible for that tribute to service.

“One thing I love about the Korean embassy they also do this posthumously and a lot of our veterans have already passed,” said Ed Junod who has helped lead the national effort to spread the word about an award that is both free and deeply meaningful.

“My children all go crazy over it … that’s the reason they had me do that they said papaw when you are gone, we want this to remember you by,” said Mr. Quagliana wiping a few tears from his face.

To apply for a medal, click this link:  Korean Ambassador for Peace Medal