50 years ago a veteran of Vietnam received one of the military’s highest awards for heroics in the sky, but it only recently did he write down his memories of war. 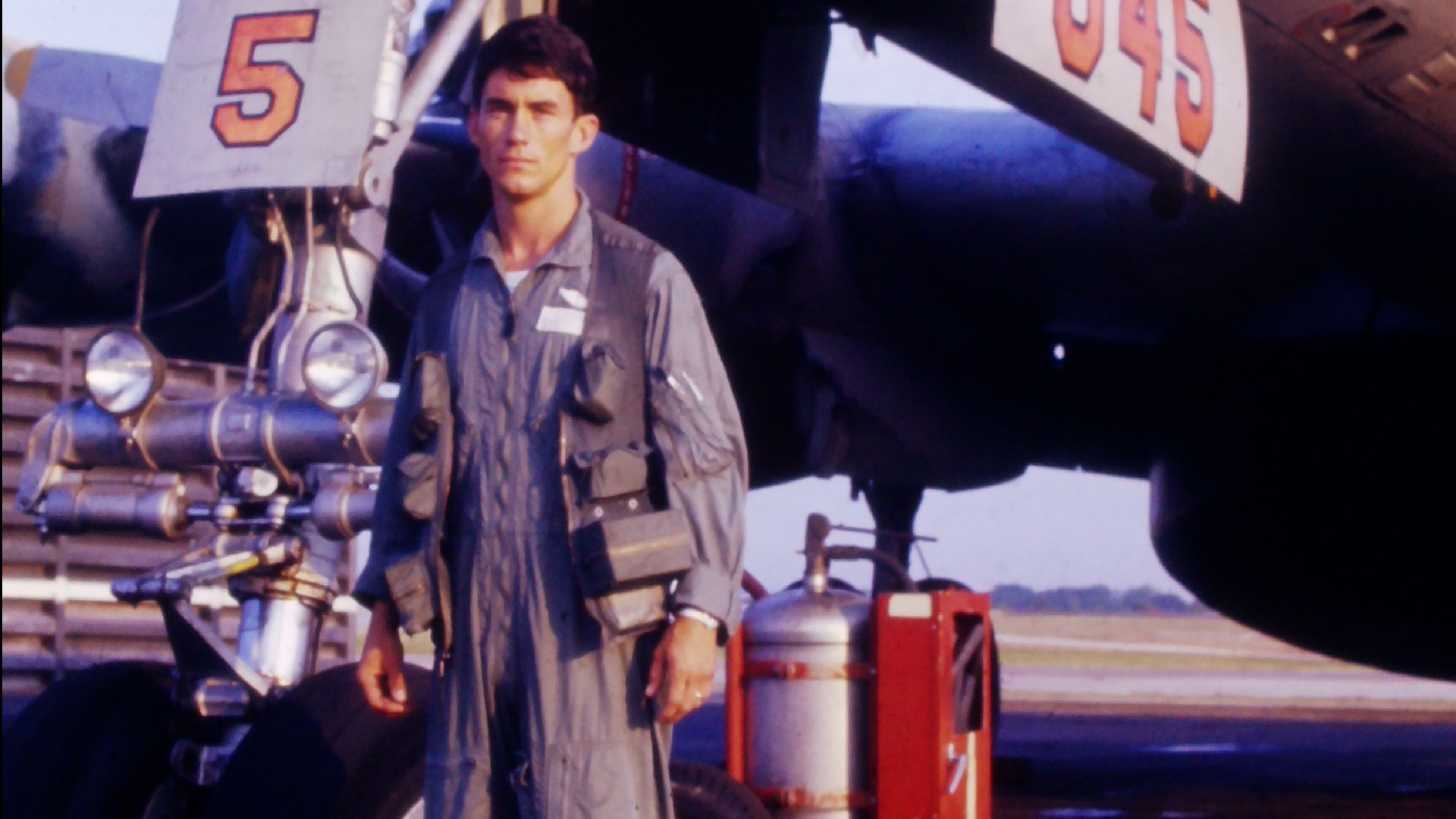 KNOXVILLE, Tenn. — A veteran of Vietnam who received one of the military’s highest awards for heroics in the sky on a mission five decades ago, only recently took time to write down his memories.

"My dad told me a lot of stories about being a poor kid in Kentucky...and I didn't write them down. And so I forgotten. You know, I've actually forgotten most of them... But that's the reason I wrote this story was just some of the kids that they ever wanted. They could go back and read it…I didn’t mean it to be published or anything like that,” explained Air Force veteran Tom Everman who served as a flight engineer monitoring all of the systems on a C-130 cargo plane during dozens of combat missions. It took until he was in his early seventies before he was ready to write down his war memories for his family.

Years ago, in 1972, the military awarded that combat veteran The Distinguished Flying Cross. The citation for Tom Everman reads:

"The President of the United States takes great pleasure in presenting the Distinguished Flying Cross to Technical Sergeant Thomas D. Everman for extraordinary achievement while participating in aerial flight as a C-130E Flight Engineer for the 345th Tactical Airlift Squadron at An Loc, Republic of Vietnam, on 30 April 1972. On that date, Sergeant Everman flew a night, low-level tactical emergency airdrop of critically-needed ammunition to a besieged concentration of allied forces located in a heavily-defended hostile area. In spite of heavy anti-aircraft fire and intense automatic weapons activity, Sergeant Everman performed his aircrew duties with exact precision, resulting in a completely successful airdrop. The professional competence, aerial skill, and devotion to duty displayed by Sergeant Everman reflect great credit upon himself and the United States Air Force.”

In addition to our on-camera conversation about that mission, the Air Force veteran took time to answer the following 10 questions about the impact of his military service on his life.

I was very fortunate to have worked for several individuals throughout my career that provided a positive influence on my life.  I can’t say there was any one special person that influenced me the most, but all set high standards and provided challenges that required me to reach and perform at a high level.  While most of these individuals had an everlasting impact, there were five that stood above the rest; Capt Don Jensen, Gen Andrew Iosue, Col Sid Clarke, Gen Tom Olsen and Gen Charles Donnelly

Now more than during the 1960-1970 time period.  I like seeing the media and individuals supporting our military and veterans.  I really enjoyed my time in the military and while there were times that were tough, the many assignments and the experience was my way of fulfilling my duty and honoring my country.

While it’s appreciated, I don’t expect thank you for my service.  But if people really want to thank veterans, they should honor America, the American Flag and the Star-Spangled Banner.

I support veteran’s groups like the VFW and American Legion.  I also contribute funds to the Fisher House, Air Force Museum, and Disable Veteran’s and Wounded Warrior programs.

I believe the current military are better trained and equipped than we were.  I don’t believe they’re more patriotic, but they do have more public support.

My entire adult life has centered around the military.  I worked for the Air Force for 48 years; 12 years enlisted, 14 years as an officer and 22 as a civilian.  The military also provided me an opportunity to further my education, giving me the opportunity to complete my graduate degree.  As an Air Force civilian contractor I was doing the same type work I did as an Air Force Officer.  What I really like about the civilian jobs; I was back working on C-130 Programs, the aircraft has always had a special place in my heart.

My brother was career Army and retired as a Warrant Officer, I also had two uncles that served during WWII.

I would definitely encourage young men and women to look into the military.  The military offers many opportunities and provides discipline, leadership and education. They don’t have to make it a career, but while in, it does provide an opportunity to learn and gain valuable experience as well as to serve their country.

When I joined the military I was naive concerning world situations and pretty much believed what politicians were saying.  But after being involved in combat situations for several years, my thinking started to evolve.  I don’t believe our country should get involved in wars unless the politicians make a commitment to win.

Before my first flying assignment in Southeast Asia and into Vietnam, my aunt and uncle gave me a small bible that included a medal plate.  I suppose the metal plate was for protection, while plate probably wouldn’t have stopped a bullet, know the words in the bible provided a lot of comfort.  My faith was made stronger during this time, like the old saying; “there are no atheists in fox holes.”