Service & Sacrifice: The $100 bet before a perilous bail out in WWII

"I was going to get that hundred bucks or bounce." || James "Bud" Mynatt Jr. recalls his bet with his B-24 crewmates about who would land first after bailing out. 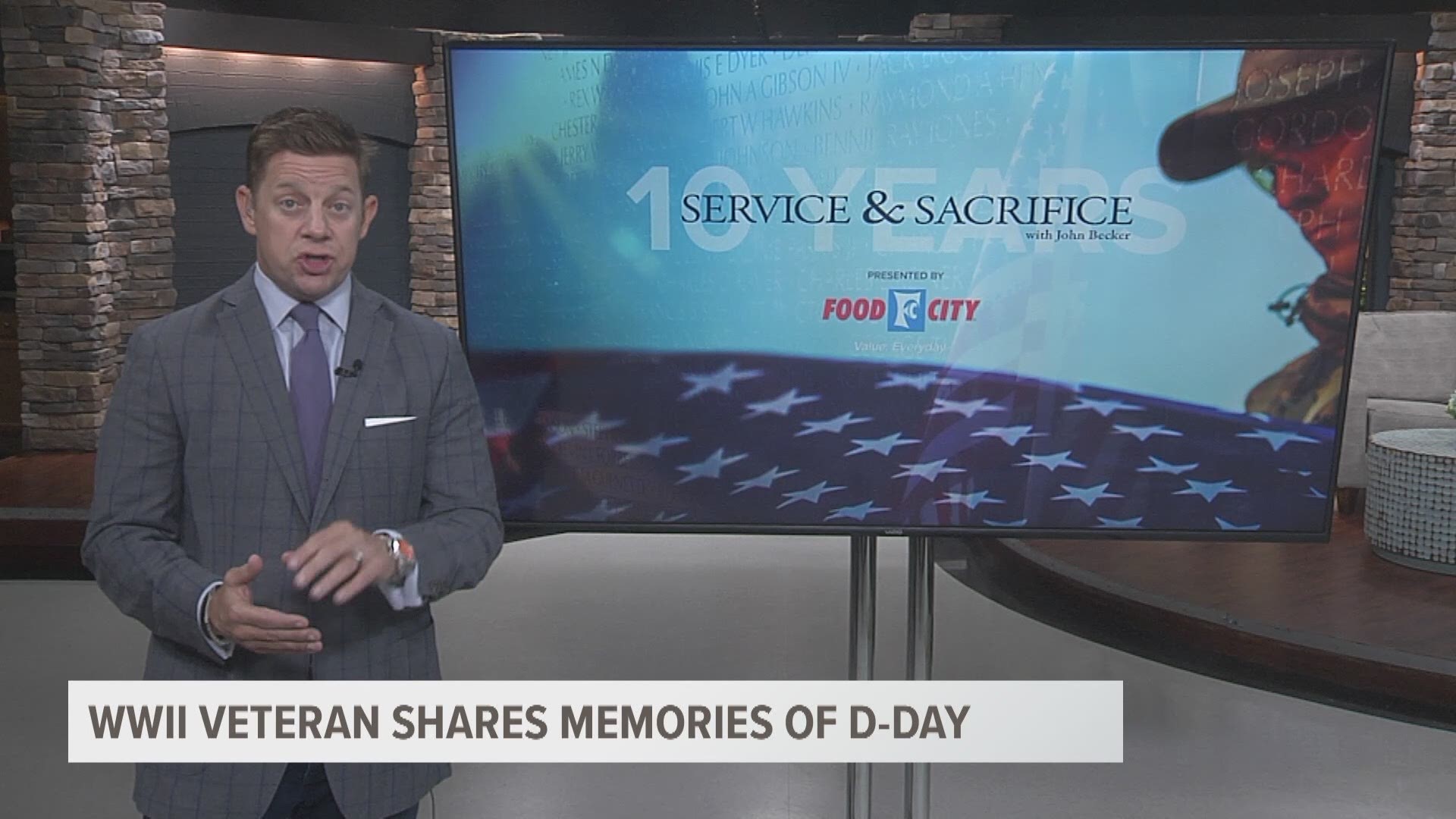 “I was at twenty-thousand feet and I must have seen five-thousand boats.  I’m not kidding, and all of them heading for the north part of France,” recalled the Knoxville native of the scene unfolding below him during the largest land, sea, and air invasion the world had ever witnessed.

The now 95-year-old veteran says he rarely thinks about that pivotal day in the history of the world.

“I never really think about it, ‘course I’m right proud I did it and got home safely,” said Mr. Mynatt.

At the age of 20, he would fly a total of 35 combat missions during his WWII service.  The pilot was forced to bail out twice from B-24 bombers so shot up, the crew had to ditch the aircraft or crash with it.  On both occasions he landed safely along with his crewmates.  But before making the first jump, the crew all agreed to a bet.

“(We) had 10 men on board counting me.  We all bet ten bucks on whoever go to the ground first got the money.  I got the money.  I was the last man out of the ship and the first one on the ground.  I had to free fall about 12,000 feet before I pulled the ripcord.  I was going to get that hundred bucks or bounce,” recalled the decorated pilot with a broad smile and a chuckle.

The decorated pilot received the Distinguished Flying Cross on two occasions.  Five times he was awarded the Air Medal and his service also included a Presidential Unit Citation.