“A person dies twice, the first time when they take their final breath. And again, later when their name is no longer spoken out loud.”-Chris Albrecht, Knox Wreaths 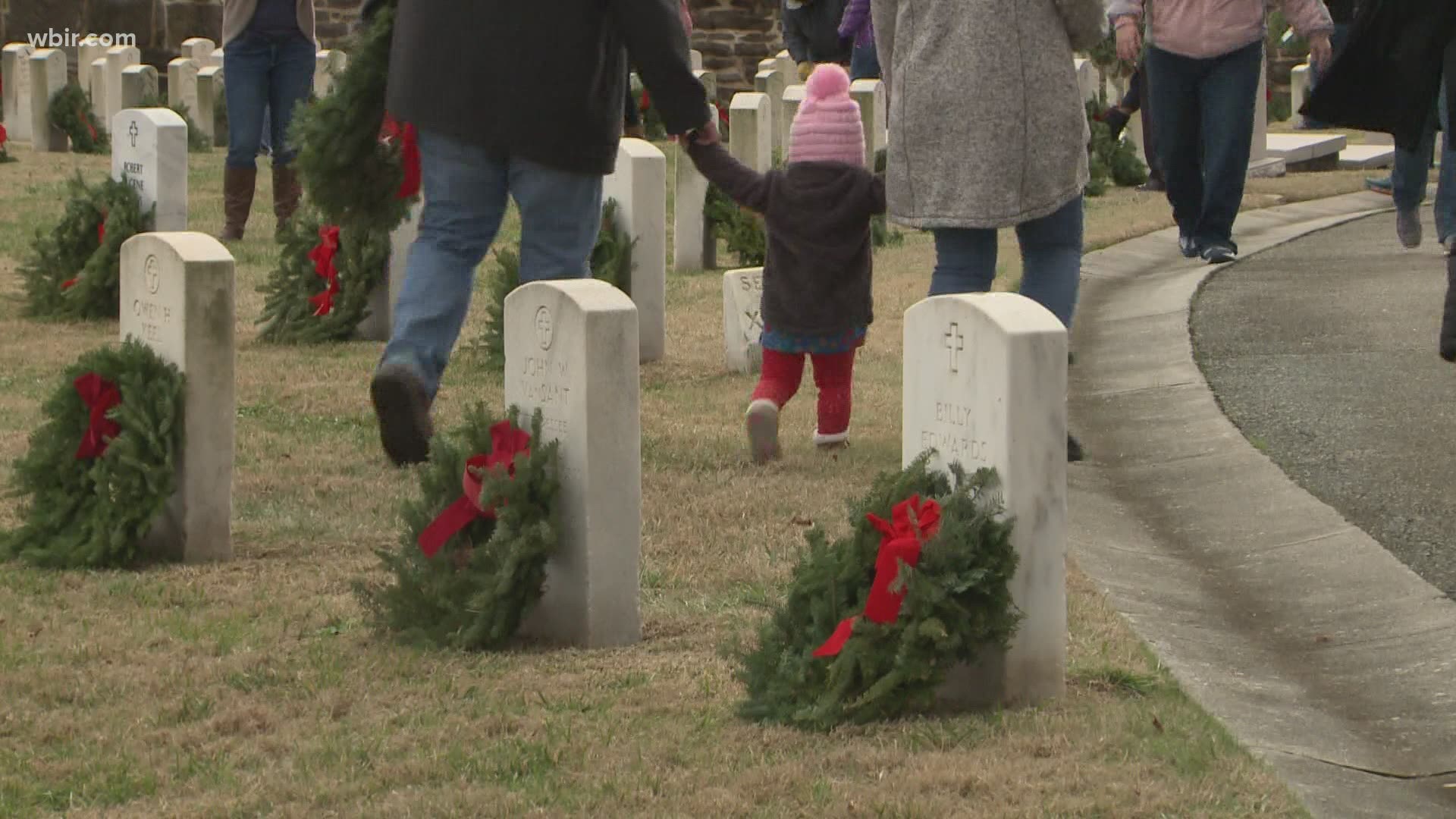 KNOXVILLE, Tenn. — The relatively new tradition of laying holiday wreaths at the graves of military veterans starts with a fundraising effort by the group Knox Wreaths, serving as a branch of the national Wreaths Across America campaign.

“With three (Knox County Veteran) cemeteries combined, we're looking at 18,000 veterans that we want to honor this year,” said Chris Albrecht who is helping raise the $15 per wreath to decorate as many graves as possible in the community.

“The history is really interesting. It started small, there were about 5000 wreaths placed at Arlington National Cemetery. In 1992, someone took a picture of those wreaths with a blanket of snow over them and the photograph went viral,” explained Albrecht.

The effort continues to grow. On December 19 of this year at Oak Ridge Memorial Park, organizers hope to lay wreaths on the graves of 900 veterans buried in that cemetery.  Rev. Vernon J. Sansom, Jr. is helping coordinate that effort.

Knoxville-based Pilot Company recently announced renewed support of Wreaths Across America. A recent news release notes founder James A. Haslam II is a veteran of the U.S. Army and in honor of America's men and women who have served in uniform, “Pilot Company is donating $20,000 and contributing $20,000 from the round-up campaign to support the Wreaths Across America ceremonies in Knoxville, Tennessee.”

Vietnam era veteran Chris Albrecht asks volunteers who help lay the wreaths across military gravesites in Knox County, also asked to speak the name of the veteran, to ensure their service isn’t forgotten.