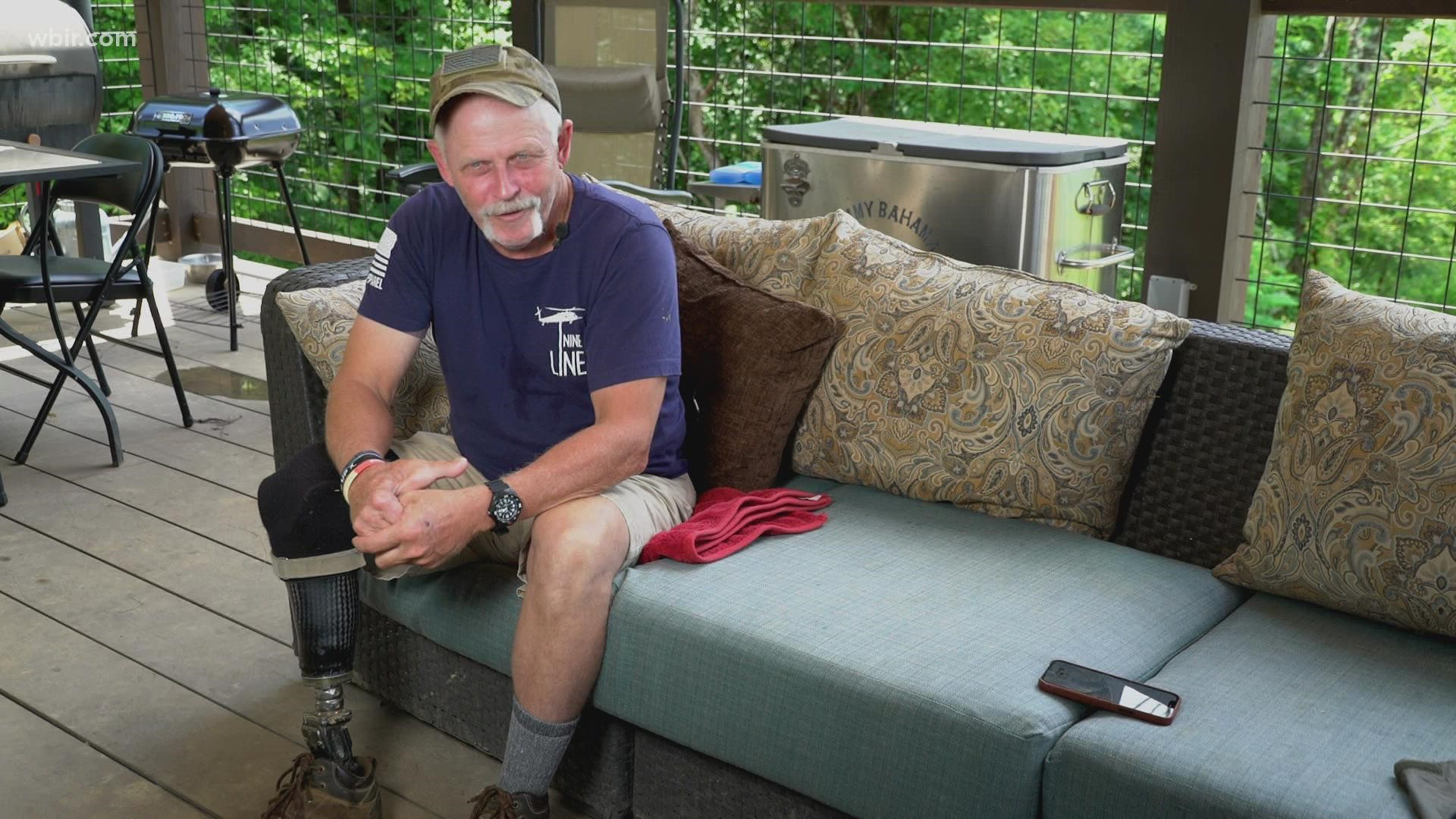 Michael Trost is comfortable on his tranquil farm in East Tennessee, but he carries the burden of the wounds of his service in Afghanistan every day.

“I was shot with a machine gun five times and lost my leg. And I've got a toe and part of my foot sewn onto my hand and great big bullet holes,” said Trost pulling up his clothing to reveal a series of scars from an attack almost a decade ago in 2012.  On a humanitarian mission to a small village, the Army Master Sergeant was shot by an Afghan who American troops had helped train.

Credit: John Becker
Michael Trost was wounded in Afghanistan and spoke about the American evacuation from that country from the porch of his East Tennessee farm.

“I probably trained him how to shoot the machine gun he fired one me,” said Trost who has spent years in physical rehab working to regain the use of his hand and relearning how to walk.

10News has followed his successes and setback for almost a decade.

“I'm lucky to be here. But this whole thing (American evacuation) is very disheartening. I've talked to a lot of friends of mine were all pissed. I mean, it's, it's humiliating. I'd like to ask the next bunch of geniuses that get into another war like, how about let us win this time,” said the former soldier who invoked the success of the first Gulf War in explaining how he would have handled the American military response to the 9/11 terror attacks if he was in charge.

“I would have went all the way in there (Afghanistan), chase the Taliban all the way into Pakistan. Wouldn’t give Pakistan any money. Tell them like, 'Look if you're in our way, you're gonna get it.' Go in there wipe them out. And then, pack it up and say, 'If you do it again, you plan this stuff again.' You know, we're going to go come in here twice as hard, and we're going to destroy twice as much,” said Trost.

The soldier turned farmer calls the Army his “home,” his “family,” and now after seeing the early chaotic days of the American evacuation in Kabul, he feels a deeper kinship with a different generation of American troops, the veterans of Vietnam.

“I don't know exactly how they feel, because I didn't get spit on when I came home, but we're in the same boat with, like, you lost.  There's no other way to put it, you lost…and I don't discount people saying, you know, ‘Thank you for your service,’ stuff like that because I know it's genuine meant from their heart…but we lost,” said Trost.

“Was this worth it? Those questions go through my mind.”