Rob Jones has achieved incredible athletic feats as a double amputee. Here's his advice about unlocking your potential. 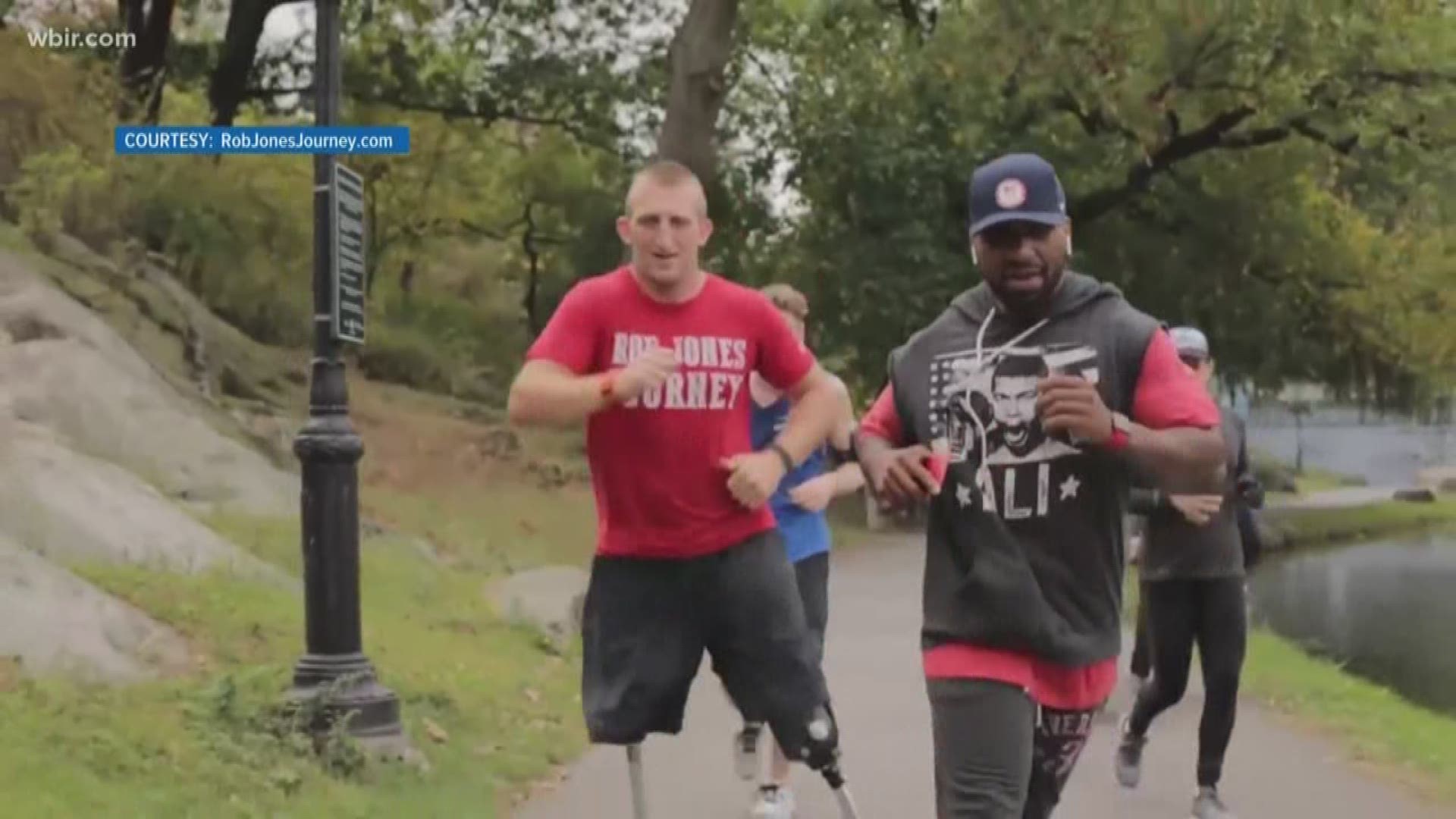 Wounded Marine Rob Jones lost both his legs to a bomb blast in Afghanistan.

Jones did not waver, though, and as he underwent rehabilitation he was fitted with prosthetics. From there, Jones dedicated himself to adapting to his new legs while taking on the cause of supporting his fellow veterans.

Jones' physical prowess that made him fit to serve as a Marine was put to the test. He began rowing, biking and running.

In 2012, he rowed with Oskana Masters for a medal in the Paralympics.

In 2014, he was training for triathlons.

Then in 2017, he was running 31 marathons in 31 consecutive days -- a feat he completed to raise more than $200,000 for organizations that assist veterans and honor first responders .

After finishing in 2017, Jones spoke to supporters about his 'Month of Marathons.'

"Years from now when people speak about this, I want them to say, 'I remember that guy who ran all those marathons that one time.' And their friends will reply 'What was his name?' And they will say 'I don't remember, but he was a Marine,'" Jones said.

Jones will be coming to Knoxville Saturday as the featured speaker for the Covenant Health Knoxville Marathon Health and Fitness Expo.

He said his experiences since that harrowing day in 2010 were forged by his time in the Marines.

“I think it comes a lot from my background in the Marine Corps, just trying to constantly be improving yourself and being the best at what you do and doing whatever is necessary to get you to that level,” said Jones during a Skype interview from his Virginia home.

“It’s all just a matter of figuring out that purpose that is going to allow you to unlock your potential, and in my opinion and experience the greatest purpose to get you to unlock that potential is a selfless one. One that is on behalf of people that you care about,” said Jones, who has used his most recent adventures and accomplishments to help raise more than a quarter of a million dollars for fellow wounded veterans.

You can see Rob Jones in person this weekend. On Saturday March 30, he is appearing at the Health and Fitness Expo ahead of the Covenant Health Knoxville Marathon from 3 p.m.- 3:30 p.m.

Jones will be taking questions about his recovery and his race mindset.

RELATED: "My goal this time is to run without fear and without comparison": Woman with MS prepares for fifth marathon