Albert Gill first picked up model building almost 90 years ago. COVID-19 drove him to rekindle the hobby and he didn’t stop with the B-24. 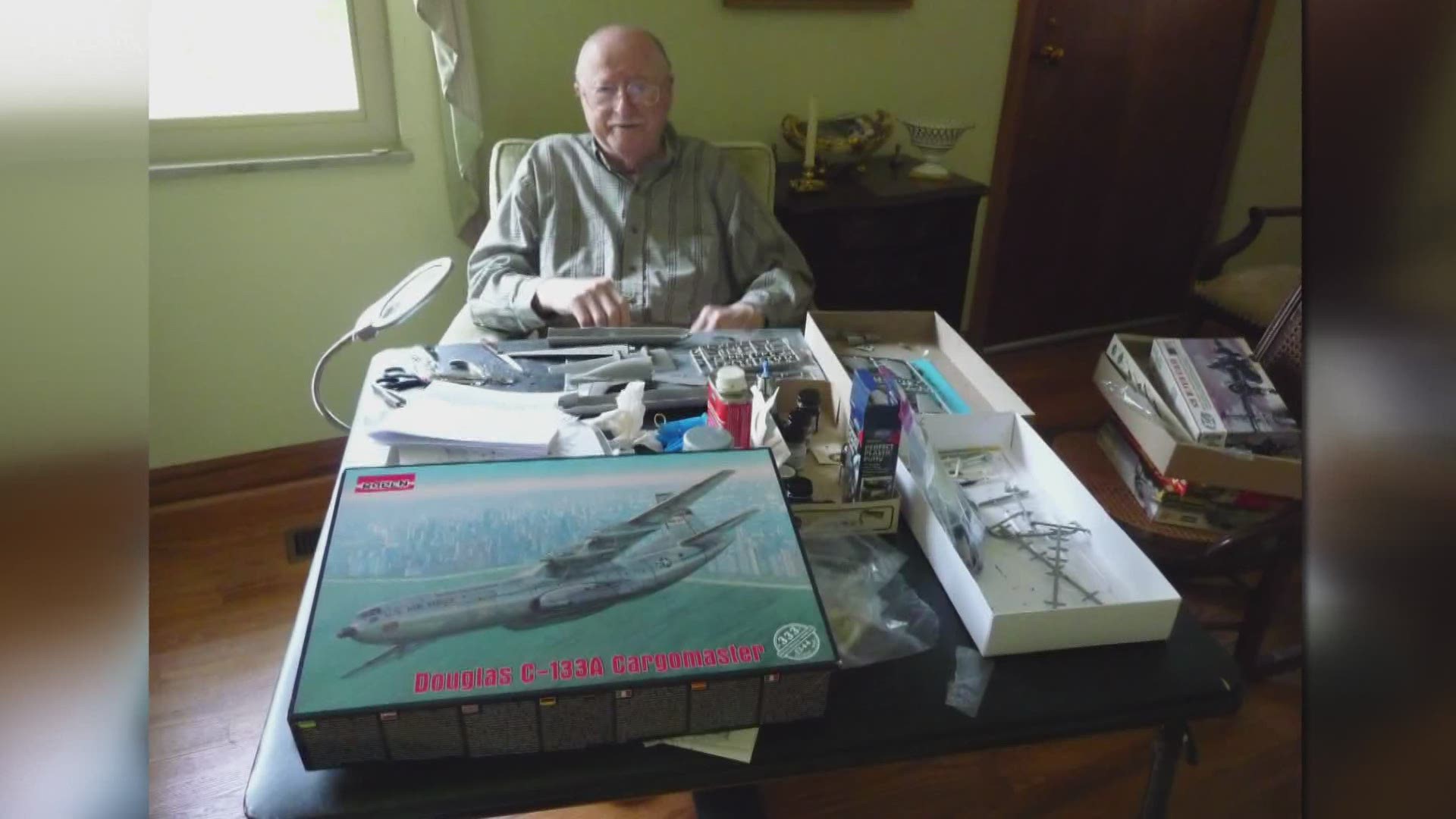 “This has helped a whole lot to just occupy my time and mind,” said the 98 and-a-half year old veteran sitting in front of a table full of model airplanes.  He resurrected a hobby he first started at age nine by building a plane he flew during 43 of his combat missions, the B-24 bomber.

“He’s had so much fun with this that I’m sure there will be even more to do,” wrote his daughter in a recent email.

We first met Albert Gill almost one year ago during a Service & Sacrifice story about a letter he wrote to his grandson that predicted the future in ways that connected the two and shocked the Gill family.