A heroic story of a South Knoxville soldier remained hidden in history for decades, but his son is trying to change that. 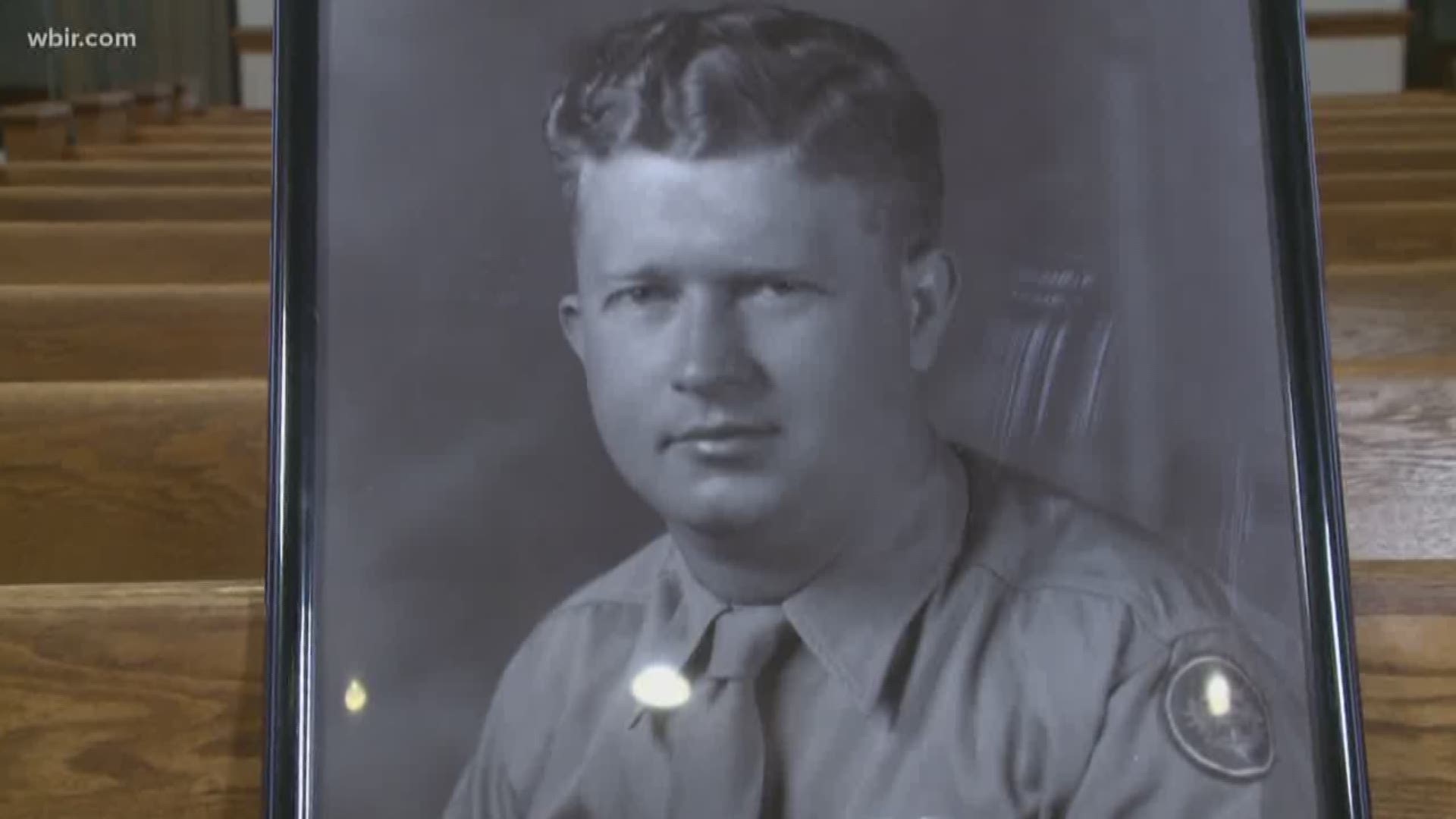 The story of Master Sergeant Roddie Edmonds, a South Knoxville-native who defied a Nazi officer and helped save the lives of almost 200 Jewish-American soldiers, remained hidden in history for decades.

On January 27,1945, MSG Edmonds, a South Knoxville-native, defied a Nazi officer and helped save the lives of almost 200 soldiers from being singled out at the prisoner camp under his command in an incredible show of solidarity.

A Nazi officer had asked him to identify and separate out the Jewish-American soldiers under his command. MSG Edmonds disregarded the order, and when the officer shouted "They cannot all be Jews," Edmonds replied "We are all Jews here."

The officer had threatened MSG Edmonds' life if he refused again, which Edmonds did refuse stating the Geneva Convention guidelines, at which point the officer turned away and left.

His heroics remained hidden for more than six decades until his son found his father's journal. Tennessee lawmakers have been working to posthumously honor MSG Edmonds with one of the nation's highest honors: the Congressional Gold Medal.

“…It should have come out right after the war but if you speak to POWs they were not talking about the war once they got home.  They were engaged in getting back to work or school and so it was never reported to Army as it should have been,” recalled a WWII veteran and POW Lester Tanner who witnessed MSG Edmonds, with a Nazi officer’s gun to his head, refuse to give up the Jewish soldiers in the German prison camp and instead saying, “We are all Jews, here.”

“I’m very proud of dad and didn’t know any of this. My dad never spoke of it.  He never shared with my mom even, so it’s just been an incredible discovery and blessing not only for me but for the world,” said Pastor Chris Edmonds who only learned of his dad’s heroic courage in the last decade.

Only after reading his father’s war journal and connecting in person with Mr. Tanner and other POWs did the world start to learn about the actions of MSG Edmonds when he was 26 years old.

“He believed the basic responsibility that all of us have is to be good to one another and that we are all equal in God’s sight.  And so that is the way he lived, he chose good,” said Pastor Edmonds who now travels the world sharing his father’s story through a program known as Roddie’s Code.

MSG Edmonds died in 1985 but in 2016 he was posthumously award the Righteous Among the Nations award, the highest honor bestowed by the state of Israel on non-Jews who risked their lives to save Jews during the Holocaust.

And in early March, Tennessee’s two US senators introduced a bill to award MSG Edmonds the Congressional Gold Medal.  It is the highest award the United States Congress can award a civilian.  In addition, the South Knoxville native is up for the Medal of Honor which is the highest award for valor bestowed by the U.S. military.  A book is due out in the fall of 2019 about MSG Edmonds written by his son.

“I’m grateful to be able to share his story,” said Pastor Edmonds.

What follows is a list of questions 10News posed to Lester Tanner through email and his response.

1. Can you describe the moment MSG Edmonds stood up to your captors?

"January 27,1945 just after 6 A.M. standing in formation in front of the barracks at POW Camp IXA in Zegenhein, Germany waiting for the Nazi Commander , Major Seigmann to confront Roddie for his refusal to have only the Jewish prisoners there that morning. Roddie has been my Commander and friend since March 1963, we were in combat during THE BULGE. I know about the confrontation to come. I am standing behind him to his left as one of his sergeants.

Major Seigmann comes striding toward Roddie, saying "You can't all be Jews" That was the moment Roddie stood up to the Nazi Seigmann. He responded, "We are all Jews" and then "Under the Geneva Convention we only have to tell you our name, rank and serial number."

Major Seigmann was red in the face at this resistance to an SS Officer by a prisoner, took out his Luger, touched Roddie's forehead with it and said, You will order the Jewish prisoners to step forward or I will shoot you right now."

Roddie calmly replied, " You can 2hoot me Major but you will have to shoot all of us because we know who you are and this war will soon be over and you will be a war criminal" The Major ,quiet for the moment, then dropped his arm put his Lugar back in its holster, made an about face and returned to his HQ."

2.  What was running through your mind?

"Roddie would be killed for refusing the Nazi demand. The Major would fire his Lugar. And finally the miracle with admiration for his courage, faith and smarts in choosing just the right way to force his captor to back off."

3. When you hear the name Roddie Edmonds, What comes to mind?

"A leader of men, A patriot at 24 who rose to be the youngest Master Sergeant in the Army. A man of faith and courage who could no longer turn his men over to Nazi control than he could stop breathing. He is my hero. After the war, we POWs rarely talked of the war and our POW experience but Roddie's name was always in the back of my mind as was that experience."

4. How should we honor the memory and service of MSG Edmonds?

"Every way you can. He is already honored by receiving the "Righteous Among Nations" award from the State of Israel, the only American to be so honored; by President Obama in a ceremony on January 27, 2016; by legislation wending its way through Congress to award him the Medal of Honor posthumously; by two documentaries about him; by a book to be published in November of this year, which is the 75th Anniversary of The Battle of the Bulge; by many synagogues across the nation ; by West Point which has a training course about him; and so many other ways that his son, Pastor Chris Edmonds is doing in the footsteps of his father."

5. Anything else you would add about him that we should know or share with the world?

"Tell his story as often as you can to the people of Tennessee and the world. He is a model for Tennessee men throughout the state - statues in memory would be appropriate, naming a bridge or highway would do the state proud. Show your respect to all veterans by finding ways to honor Roddie as the example of Tennesseean men of America's greatest generation who literally saved the world in 1941-1945."