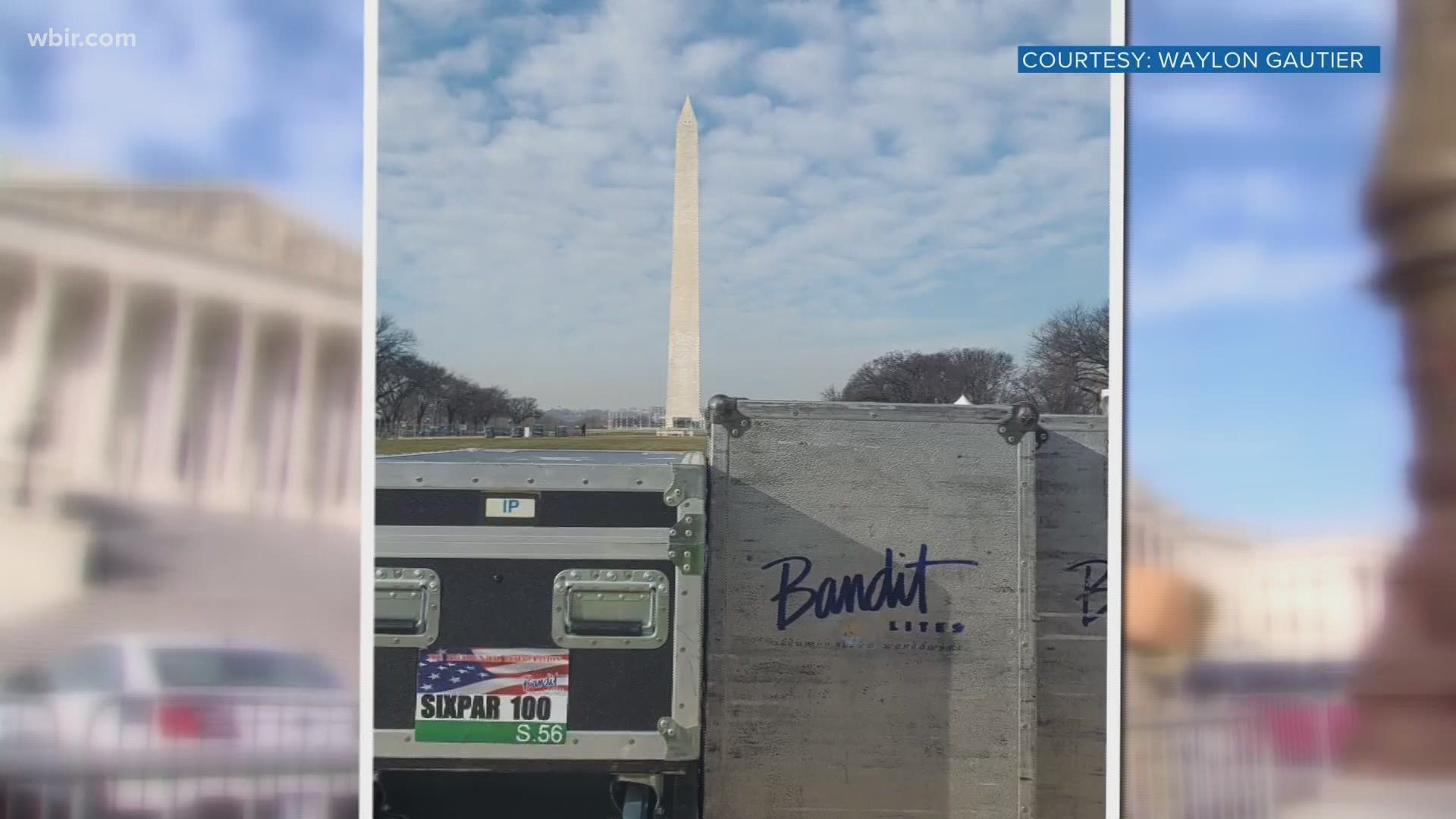 Tennesseans in uniform are providing security and support to the District of Columbia National Guard and law enforcement as part of a task force of guard members from across the country.

More than 700 soldiers with Knoxville's 278th Armored Calvary Regiment, 194th Engineer Brigade in Jackson, and 230th Sustainment Brigade in Chattanooga are in D.C. assisting civil law enforcement and first responders with crowd management and security for the event.

Another 50 Airmen with the 134th Air Refueling Wing at McGhee Tyson Air National Guard Base in Knoxville -- including members of the 119th Cyberspace Operations Squadron -- as well as members of the 118th Wing in Nashville are providing logistics, communications, food service and religious support.

“The ability for the National Guard to rapidly alert, mobilize and deploy this size of formation from all 54 states and territories in less than a week is unprecedented and a testament to the commitment to duty of our citizen soldiers,” said Maj. Gen. Jeff Holmes, Tennessee’s Adjutant General. “Furthermore, it demonstrates we are an apolitical organization that is responsive to the needs of our Nation in whatever mission is directed by our civilian authorities.”

More than 15,000 guard members will be at the ready to help at the inauguration and secure the Capitol after pro-Trump loyalists rioted and stormed the U.S. Capitol last week during the electoral vote certification, leaving five dead -- including a Capitol Police officer who died from his injuries after federal investigators said a rioter hit him on the head with a fire extinguisher.

Lieutenant Colonel Chris Messina, director of the Tennessee Department of Military's Joint Strategic Communications Office, said the deployment would not impact the COVID-19 mission at home.

"This mission to support the Presidential Inauguration in our Nation’s Capital will not impact our ongoing COVID-19 mission to support the Tennessee Department of Health with testing and the administration of the vaccine, nor our ability to support other missions within our great State -- this is why our more than 12,000 Soldiers and Airmen wear the uniform," he said.

On Monday, Rep. Tim Burchett (R-Knoxville) took photos with soldiers from the 278th Armored Calvary Regiment, saying it was "great to see some of our fighting folks."

The TN National Guard has also been requested to support the Tennessee Highway Patrol and Nashville Metro Police at the State Capitol leading up to the inauguration following warnings from the FBI of possible armed protests at all 50 state capitols.