The inauguration continued peacefully, but Governor Bill Lee said he was disappointed in the way the mission came to a close. 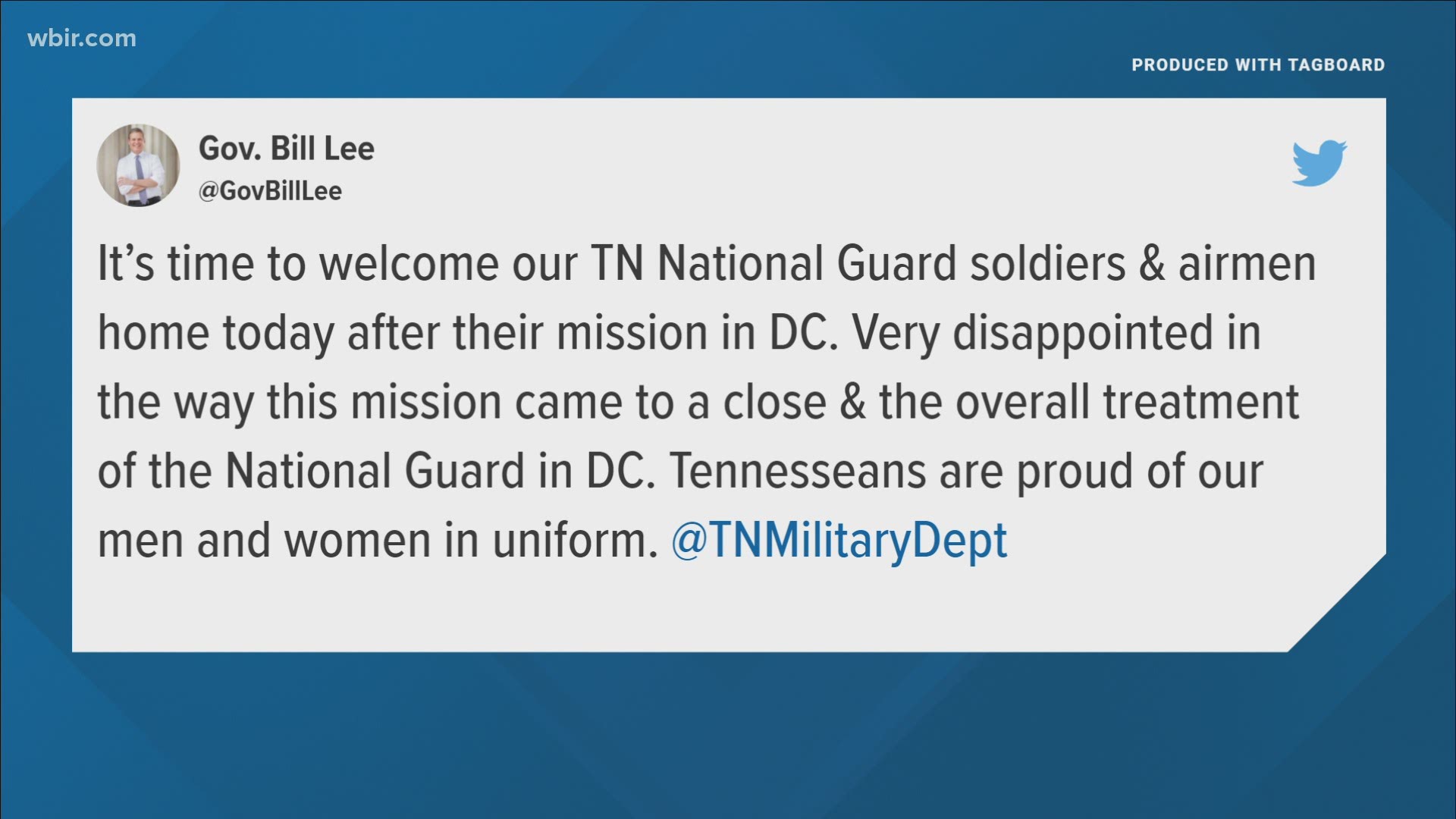 Soldiers and airmen with the Tennessee National Guard are set to come back home Thursday, after a mission to secure the U.S. Capitol during the inauguration.

They were sent to Washington D.C. to provide security and support for Joe Biden and Kamala Harris' inaugurations as the new U.S. President and Vice President.

More than 700 soldiers with the Knoxville's 278th Armored Cavalry Regiment, 194th Engineer Brigade in Jackson and 230th Sustainment Brigade in Chattanooga traveled to the Capitol.

Another 50 Airmen with the 134th Air Refueling Wing at McGhee Tyson Air National Guard Base in Knoxville, including members of the 119th Cyberspace Operations Squadron and members of the 118th Wing in Nashville, provided logistics, communications, food service and religious support.

Governor Bill Lee said that he was disappointed in the way that the mission came to close and with the overall treatment of the guardsmen in D.C. Thousands of guardsmen were moved to a parking garage after they were told they couldn't use space within the U.S. Capitol, officials said.

"It’s time to welcome our TN National Guard soldiers and airmen home today after their mission in D/C.," Gov. Lee said. "Very disappointed in the way this mission came to a close and the overall treatment of the National Guard in D.C."

Many lawmakers and service members also said that moving guardsmen to the parking garage was disrespectful.