In Afghanistan, an interpreter helped a Clinton veteran and his platoon. Now, he's returning the favor as the interpreter prepares for a new life in America. 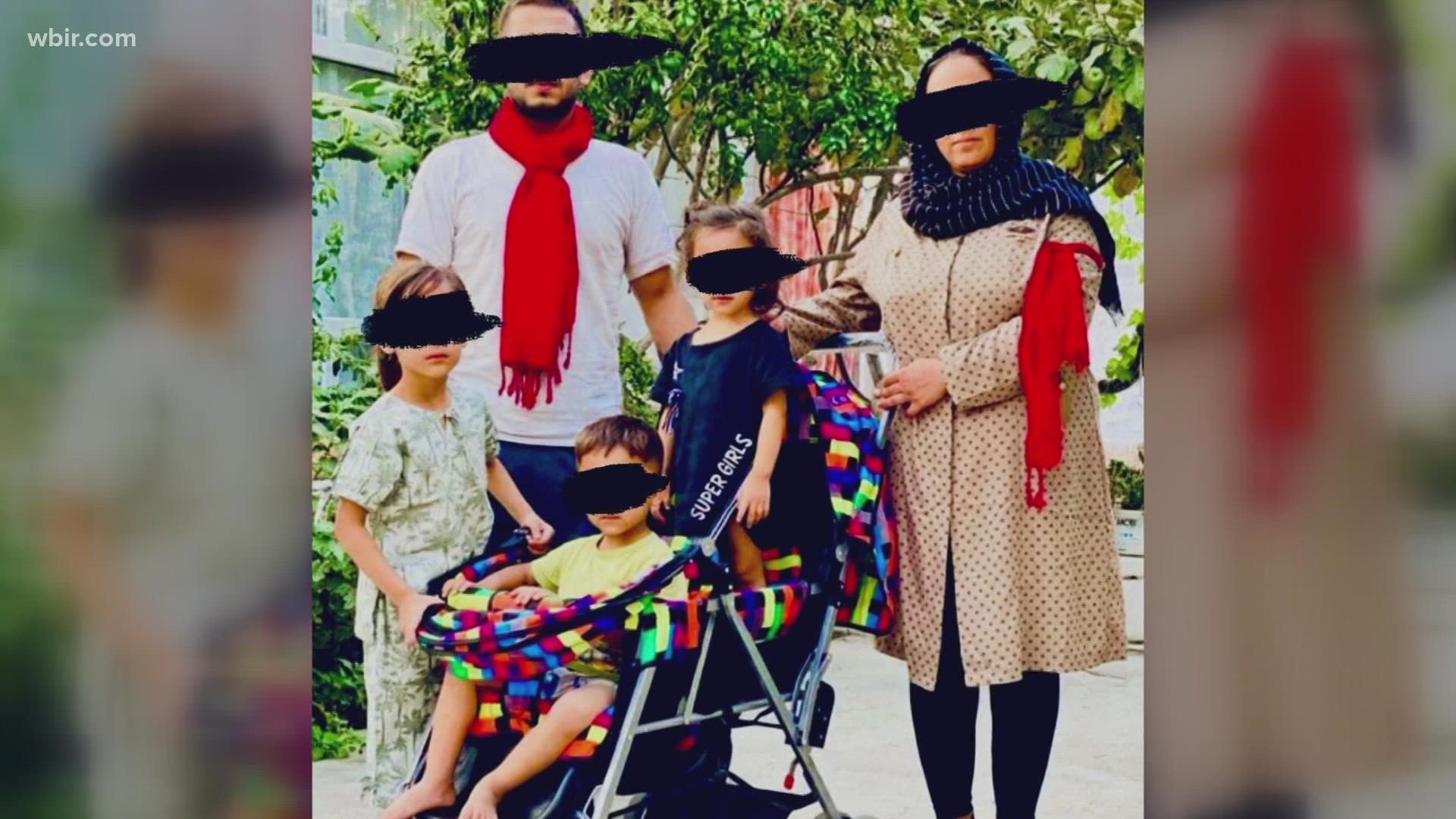 CLINTON, Tenn. — Twice, Travis Ervin served his country as a member of the U.S. Marine Corps. He deployed once to Iraq and then again to Afghanistan.

That's where he found family.

"When you spend time in gunfights and IED strikes and carrying dead and wounded Marines, you have a very unique bond with the people that are there," Ervin said. "[Our interpreter] was one of us. He's an incredible human and he deserves to be here."

The interpreter, whose name and face we are withholding for safety reasons, had a special bond with Ervin.

He and his girlfriend, Keely Elledge, knew they had to help.

"He has been asking for years on ways that he could help his interpreter and his family come to America, but the amount of paperwork and process that was going to be was overwhelming," Elledge said. "When I saw that there was a possibility that they could finally make it, I was just so excited and elated."

Ervin immediately began arranging for help to bring the interpreter and his family to Tennessee.

"When he reached out to me in a desperate plea, I dropped everything I was doing to try and coordinate or a rescue for this family," Ervin said. "His family deserves to be here and I will stop at nothing until he is here."

Right now, Ervin and Elledge are collecting donations on GoFundMe to help the family of refugees thrive in America.

"The task at hand right now is to set them up financially, so when they arrive at our doorstep, their transition into life in Tennessee will be that much easier," Ervin said. "Then, they can concentrate on things like education for their children and getting jobs and furthering the education for these for the other adults that are coming over here."

They've also rearranged their home to make sure everyone can fit comfortably.

RELATED: 'The Afghan in us never leaves' | Family who fled Afghanistan in the 80s helps welcome refugees

"What we've created here is a little mini Afghan hang out here in our basement," Ervin said. "We're pumped for them to come. It's like the day before Christmas."

Elledge and Ervin have toiletries, clothing, beds and toys for all seven of the refugees coming to live with them.

Any moment Ervin could get the green light to pick up the interpreter's family members from Washington, D.C.

It's something he said just feels right.

"We spent 20 years in Afghanistan, fighting for territory that was turned around and given right back to the Taliban and this has really upset the veteran community big time," he said. "[Helping this interpreter and his family] is a giant win for us. We're asking for this small victory to help give us peace at the end of the day."