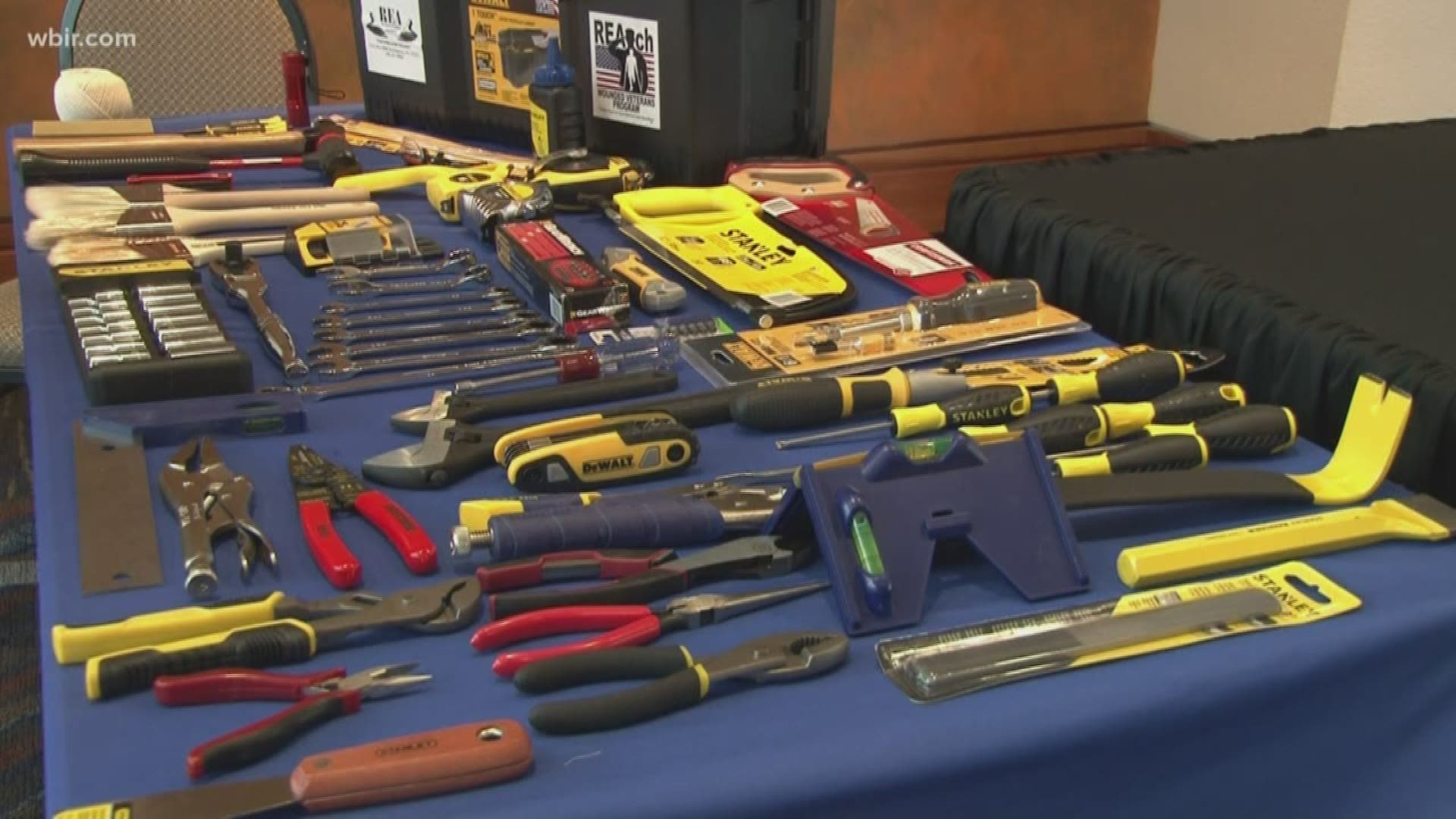 KNOXVILLE, Tenn. — A wounded combat veteran from East Tennessee received a way to find his purpose in life after serving.

A simple gift of a toolbox has helped him and others transition from the Army.

More than a hundred soldiers filled the Knoxville Convention Center this weekend, learning how to make a transition from deployment to life back home.

He has dedicated his life to serving others.

Now, he has something that serves him.

"Yeah, somebody gave back to me, that's for sure," he said, looking down at his toolbox.

Allen laid out all $400 worth of tools in his new toolbox.

It was a way the Knoxville Vet Center employee helped welcome back members of the 278th Armored Cavalry Regiment at their Post-Deployment event Sunday.

"When a veteran gets back, they have to find a purpose," Allen said.

It's that purpose that drives the non-profit organization called Resources Exchange Association, based out of North Carolina.

Allen just sent them his information.

"I was impressed when I got the box," Allen said. "I went on their website and three weeks later there was a box at my doorstep."

A toolbox--a simple gift the program sends to veterans.

And Allen has the perfect way to put it to use.

It's his 1969 Red Ford Mustang--sitting in his garage and waiting to hit the road.

"This is actually giving us a purpose to get back out there, trying to keep busy," Allen said. "Because everyone has their own niche in life that keeps them going. So working with my hands and stuff is definitely one of them."

He said it's hard for veterans to get used to being home.

"The transition can be difficult," Allen said.

That's why he hopes the toolbox will help him serve those who have served this country.

"Just having different resources out there that people really don't know about, and just finding those resources for other veterans, to make their transition a lot better than mine," Allen said.

For more information about the Knoxville Vet Center, head to its website.