Tennessee lawmakers react after car rams into security barricade at US Capitol, killing an officer

The crash and shooting happened Friday at a security checkpoint near the U.S. Capitol as Congress was on recess. 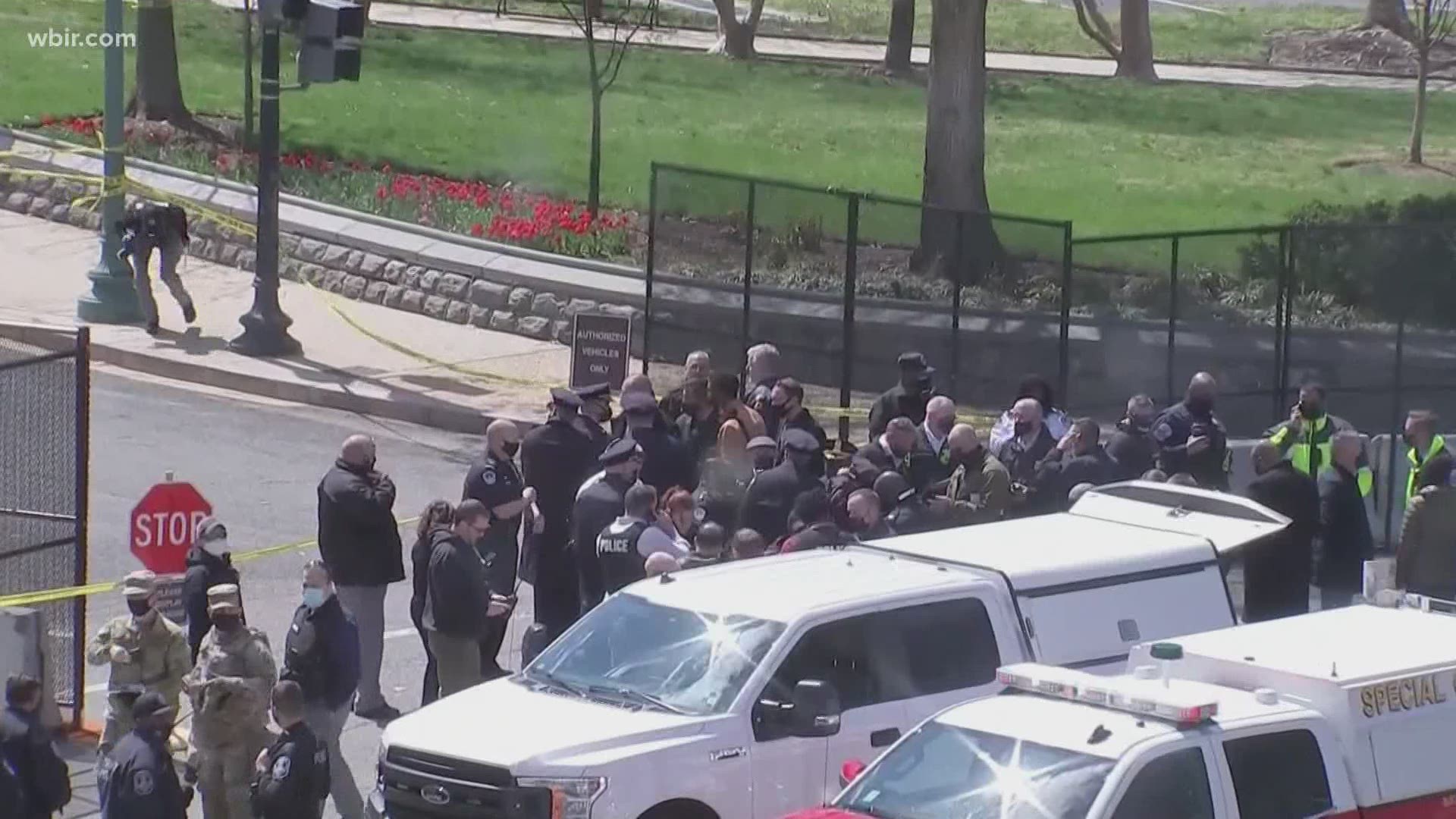 WASHINGTON D.C., DC — Two people are dead, including a police officer, after a man rammed their car into a barricade at the U.S. Capitol on Friday, prompting a lockdown.

U.S. Capitol Police said a man rammed a car into two Capitol Police officers who were at a security checkpoint barricade outside the U.S. Capitol. The man reportedly got out of the car holding what appeared to be a knife before authorities shot and killed him. Both officers were taken to the hospital, where one died to their injuries.

Tennessee lawmakers expressed their condolences for the officers.

“I am praying for the United States Capitol Police Officers that were injured in the line of duty today. These brave officers put their life on the line each and every day to defend our Capitol,” said Senator Marsha Blackburn in a statement.

I am monitoring the situation at the Capitol. Please join me in praying for the injured officers.

"My staff and I are not in the Capitol this week as the House is out of session," said Representative Jim Cooper. "I'm thankful to Capitol Police for their swift response to this incident and I'm praying for the injured officers."

Representative Tim Burchett also said that he was praying for the officers injured in the incident.

Praying for the @CapitolPolice officers injured in this incident. https://t.co/1QWujGEQBA

Congress was on recess when the car rammed into the security checkpoint.

The U.S. Capitol complex was placed on lockdown after the shooting and staff were told they could not enter or exit buildings. Video also showed National Guard troops mobilizing near the area of the crash.

President Joe Biden had just departed the White House for Camp David when the incident occurred. As customary, he was traveling with a member of the National Security Council Staff who was expected to brief him on the incident.

The Washington D.C. region has remained tense nearly three months after a violent mob rioted and stormed the Capitol as Congress voted to certify Joe Biden's presidential win. Five people died in the Jan. 6 riot, including another Capitol Police officer.