Dozens of people came together in Jefferson County to continue the mission of this world-renowned social justice institution. 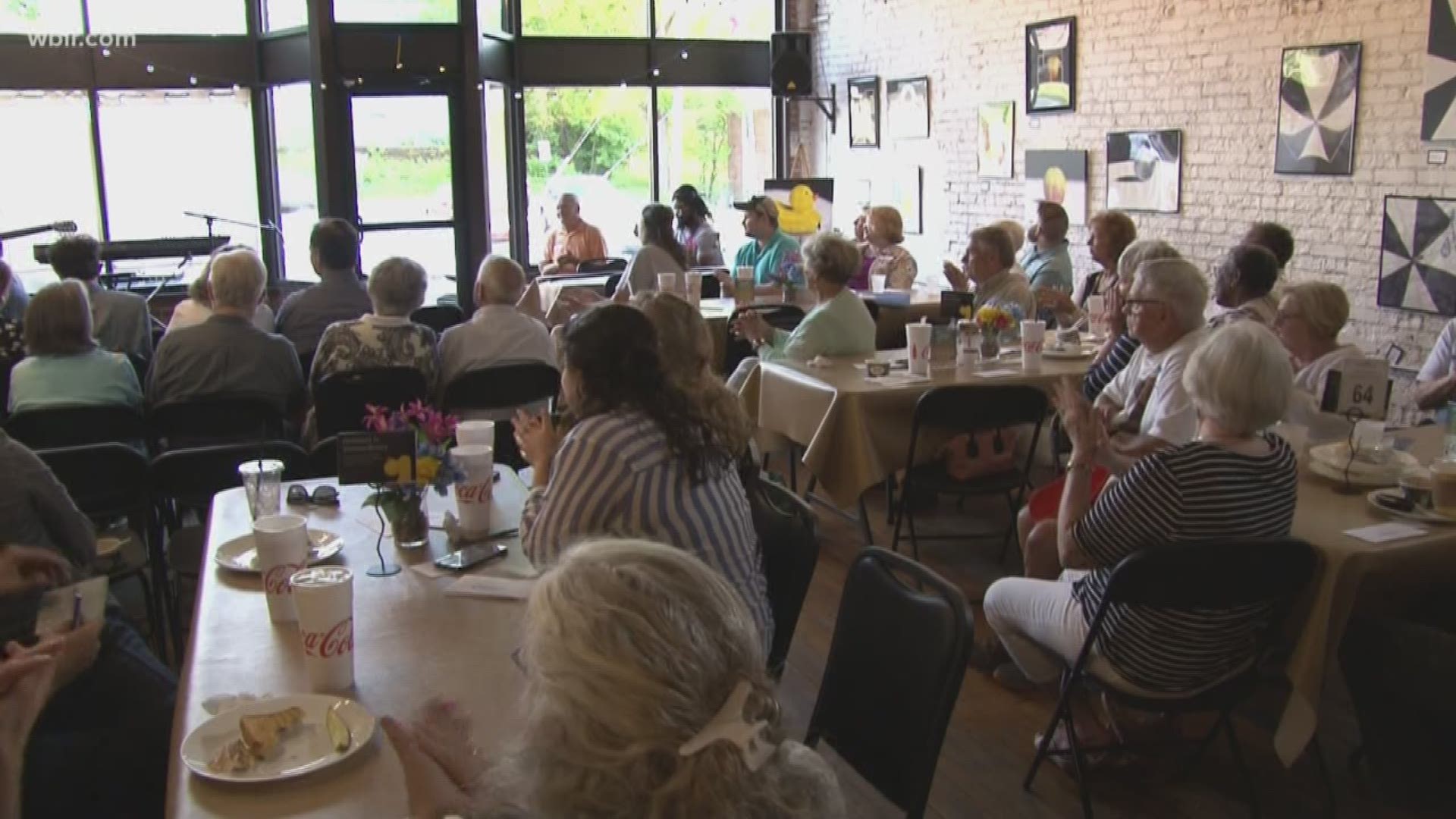 JEFFERSON COUNTY, Tenn. — The Highlander Center lost a building in a big fire in March, but people in Jefferson County are working to make sure its legacy is secure.

Earlier this spring, the historic center went up in flames, and investigators found a symbol of hate in the parking lot..

The fire destroyed the main office, but over a month later, investigators said they haven't settled on a cause.

Tuesday night, they gathered to stand against hate and raise money for the cause.

About 60 people filled every seat at The Creek Cafe in Jefferson City, many said they wouldn't miss the chance to honor the Highlander Center and do what they can to help it thrive.

Local singers and songwriters performed, all inspired by the messages spread by the Highlander Center's influence.

"My message is always about hope and freedom and encouraging people to not live in fear," said Cary "Stew" Steward, who performed at the event.

He's one of many people wowed by the impact of the Highlander Center.

It was one of the nation's oldest social justice institutions, providing education and training for emerging movements throughout the South, Appalachia and the world.

It's a special place for many, like former campus minister Jim Wilson.

"We would take students over and we would be involved in telling them the story of Martin Luther King, Jr., Rosa Parks, and others who attended there and were inspired to go out and change the world," Wilson said.

The fire destroyed parts of history. The building that burned down was home to decades of historic artifacts from movements across the years, including the Civil Rights Movement.

"There are people right here in their community that really support the work they do for social justice and environmental sustainability and just the many other ways they work to make the world a better place," said Laura Mallette.

She's with the Jefferson County Democratic Party. That group organized the event, wanting to bring people together and raise money for the Highlander Center's rebuild.

"There're a lot of envelopes in the basket," Mallette said. "We're really excited about that. And I had some phone calls from people who couldn't be here and want to donate."

Those people who know the history of the Highlander Center, and want its impact to continue.