The most common description of the road they received was "dangerous." Since 2005, 76 people have died in traffic accidents on Chapman Highway, and neighbors want the road fixed before anyone else gets hurt. 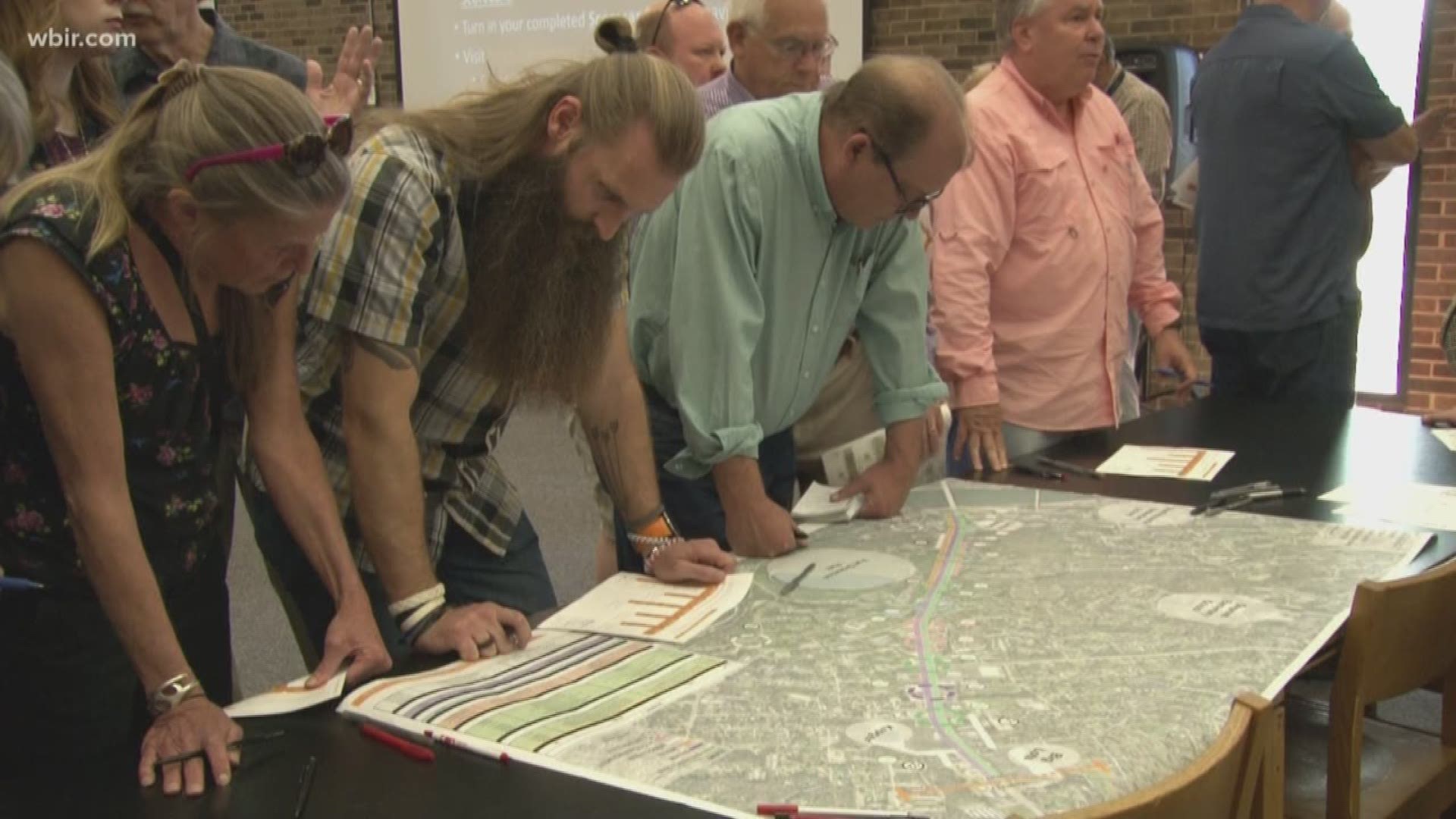 KNOXVILLE, Tenn. — Dozens of ideas about how to improve Chapman Highway came pouring in to the Knoxville Planning Commission through a public meeting and online survey.

Now leaders are working to decide what needs to be done to make the road safer.

More than a hundred people met with the planning commission Tuesday about the future of that roadway.

Since 2005, 76 people have died in car accidents on Chapman Highway and neighbors want the road fixed before anyone else gets hurt.

Between just one meeting and one online survey, the planning commission received over 900 comments from people wanting change.

The most common description of the road they received was "dangerous."

"It's a hot button issue in the community," said Ben Ream, who lives off Chapman Highway.

This passionate group was presented with the planning commission's suggestions on how to move forward Tuesday night.

"Now we're coming back with about 45 to 50 types of improvement projects along the corridor," said Jeff Welch, Director of Transportation for the Knoxville Planning Commission.

Welch said some of those ideas include adding stoplights, cross walks, turn lanes or concrete landscaped medians to Chapman Highway.

At Tuesday's meeting, more than 130 people ranked their top choices and priorities for improvement projects.

The medians stuck out as a top choice to many.

"So many of the crashes that happen are people who cross the center line," said Ream. "The Corcorans lost their son recently to someone who crossed the center line, and a central barrier would have prevented that from happening."

Ream is one of many people who live along Chapman Highway, and is happy to see the city making changes.

"Chapman Highway doesn't have any easy solutions and I think that they've discovered that over time," said Ream. "But they've come up with some really good ones and we're really appreciative of that."

"You've got to start somewhere and this is, I think, they've done a really good job with the public input portion of this and getting people to weigh in on what they want and what they need," said Hann.

Welch said they will do what they can to improve this road.

"Safety was our number one priority also moving forward in this study," he said. "We are really pushing the safety and operational improvements along Chapman Highway."

The Knoxville Planning Commission will take the most popular projects - short and long term - and compile cost estimates for the city and for TDOT.

Welch said if there are quick solutions to some issues, they'll work to get those implemented, too.