New TBI testing can tell the difference between marijuana and hemp

New lab practices can differentiate by testing levels of CBD and THC. But law enforcement officers in the field are still struggling to tell the difference. 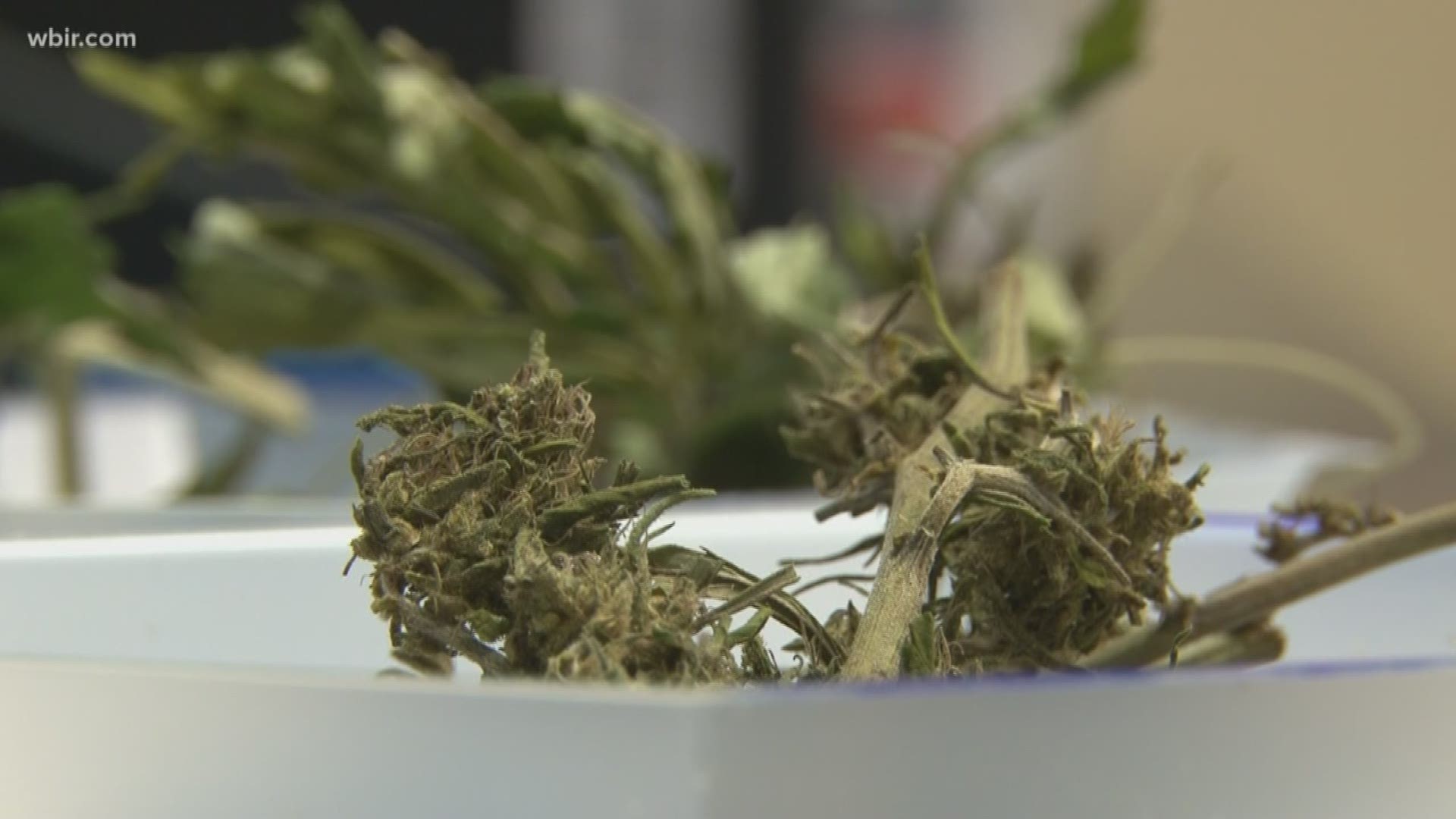 KNOXVILLE, Tenn. — In 2019, marijuana is the most common drug submitted to TBI Crime Labs across the state with 10,592 cases submitted this year.

It used to be easy to know if marijuana was coming into the crime lab because it looked an smelled like marijuana.

But then people started growing hemp, which also looks and smells like marijuana.

TBI agents and other law enforcement officers are learning how to distinguish between marijuana from hemp, but that detective work is tricky.

"There's no way under a trained eye or even a trained microscope that you can tell the difference between [hemp and] high grade marijuana, so I think that you can only imagine the investigative nightmare or hurdles that that would present," said Tommy Farmer, TBI's Special Agent in Charge over the Tennessee Dangerous Drugs Task Force.

Scientists at the TBI Crime Labs just started using a new three-step process to determine if a plant was hemp or marijuana.

A combination of chemicals added to a sample of each plant turns a different color depending on if the plant has more CBD or THC.

If it's more CBD, it's most likely hemp.

If it's more THC, it's most likely marijuana.

CBD is cannabidiol, the ingredient active in hemp that processors are extracting to make creams and oils.

THC is the active ingredient in marijuana that gives someone a high.

If more details are needed, scientists can work to deduce the exact percentage of THC.

This is helping, but it's a slower process than they've had to use in the past.

The TBI said there's already a 30-week backlog in drug cases at the Knoxville crime lab.

And these lab tests don't help officers who see hemp in the field.

"We've run into some confusion with law enforcement officers when they encounter plant material in the field as to what it actually can be," said Mike Lyttle, TBI's Assistant Director of the Forensic Services Division.

Because marijuana and hemp look and smell the same, even K-9 officers can't tell the difference.

"It's the same plant. A dog trained to test for marijuana cannot tell the difference between hemp and marijuana. That dog has now become useless thanks to hemp," said Lyttle.

The TBI said it's seen cases where some marijuana plants are grown in hemp fields, but it's nearly impossible to tell without testing the THC levels.

Agents are working to train officers, but this is new to everyone in Tennessee.

"We are struggling with those training and trying to come up with each agency's protocol," said Farmer.

The TBI is working to develop policies that would protect legitimate hemp farmers and weed out the legal from the illegal.