The ballot measure will give them the opportunity to approve or reject a recently-passed state law expanding sexual education in public schools. 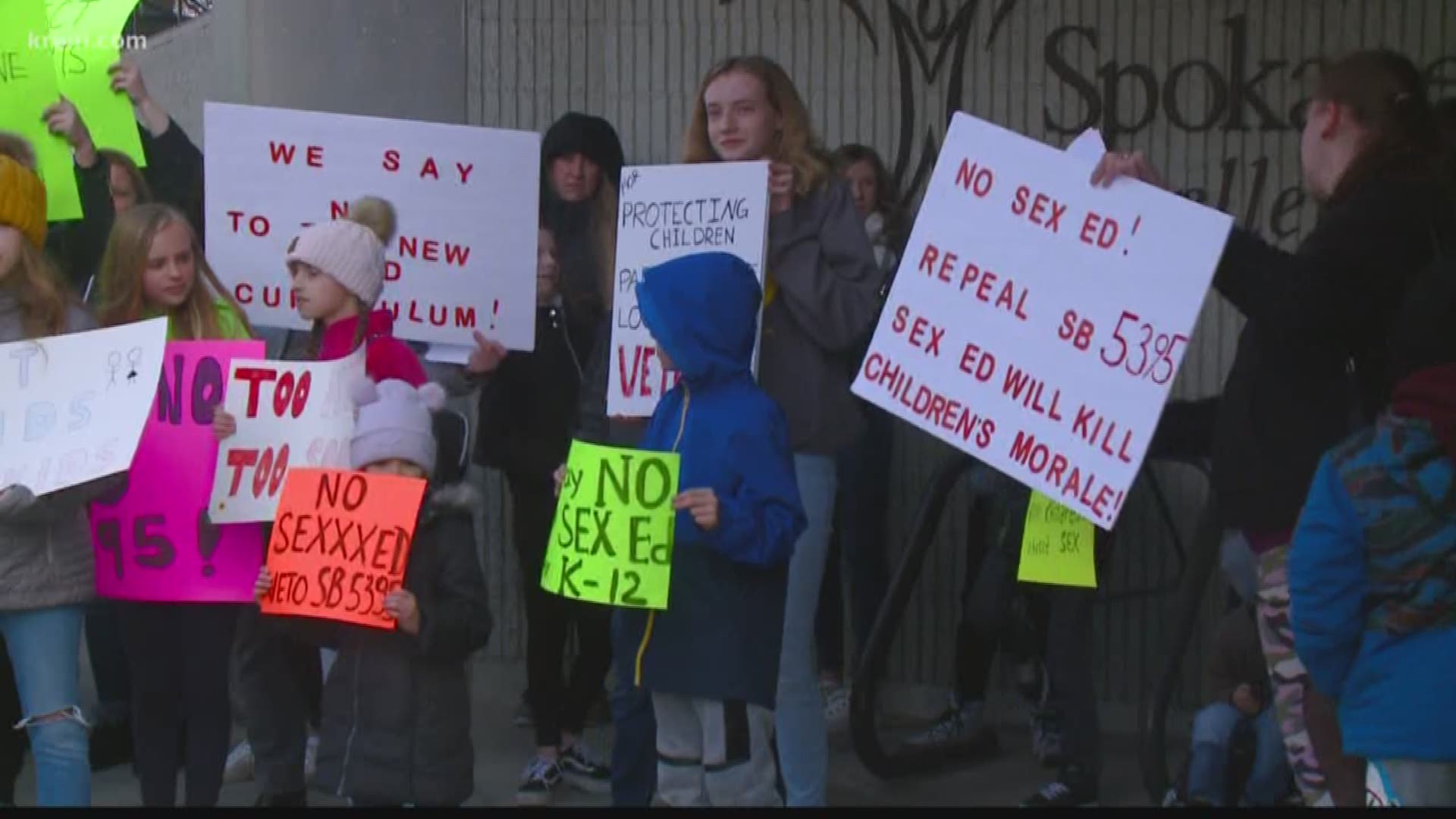 SPOKANE, Wash — Washington voters will soon receive their ballots for the 2020 general election. On those ballots will be Referendum 90.

Referenda in Washington aren't the same thing as ballot initiatives. Whereas initiatives are voters working to create a new law, referenda are an opportunity to weigh in on laws that have already been recently passed by the legislature in Olympia.

To get a referendum on a particular law, a large quantity of signatures must be collected. Opponents to SB 5395 successfully gathered enough signatures despite the challenges of the COVID-19 pandemic.

That bill was passed and signed into law in March. And basically, it requires that over the next few years every public school in the state begin offering some form of sexual education.

Previously, most sex ed was essentially optional, a choice left up to school districts. Now, everyone has to teach something. What exactly they teach is still up to districts, to an extent. They still have to meet certain criteria.

The idea of any sort statewide mandate is the first big reason there's been such vigorous opposition.

"Even though your district can create curriculum under this mandate, they still have to submit it to OSPI and have it approved, to make sure that it meet standards," said Anniece Barker, one of the organizers of the opposition campaign in Spokane. "And they have to do that every single year."

Another big sticking point is the age range that the law applies to. It requires some form of education for all grade levels down to kindergarten, an idea that many parents balk at.

"Are they building those sexual relationships from kindergarten up? Yeah, they are," said Barker. "They're also building and putting ideas within your child."

But proponents say for the younger grade levels it's not actually about sex. It's about healthy relationships and understanding the idea of consent in general.

"What it is, is just about learning what a friend is, and learning about consent specifically," said Mandy Manning, part of the approve campaign, and a former Ferris High School teacher who was named state teacher of the year in 2018.

"Know if someone wants to give you a hug, it's up to you if you want to have that hug," Manning said.

Supporters also point out that under the law, parents get notified every year that sex ed will be taught and they can choose to opt their kids out.

But opponents say that's not enough; they're worried the curriculum could be incorporated into other classes.

"When parents hear that they can opt out, I think the main concern is how do you opt out of something that is really meant to be pervasive throughout your entire school?" Barker said.

The law doesn't prohibit that sort of incorporation but it does specifically say it's not the intent either.

Supporters say if this law gets rejected it could have long term negative consequences for kids.

"I worked for a very long time in a state that did not have comprehensive sexual education, and I can with authority say that they had very high levels of teen pregnancy, there was a lot of relationship abuse and things like that," Manning said. "Because when kids are not equipped with the knowledge, then they go into situations that are harmful to them."

The KREM Voter Access Team is working to get you the information and dates you need for the 2020 Election. Click here to view the KREM Voter's Guide. Text the word 'Vote' to 509-448-2000 for important deadlines and information, or text 'Ballot' for links on how to check the status of your ballot in Washington and Idaho.