NuEyes glasses: Helping those who are visually impaired

A wearable head gear is giving the visually impaired and eye opening experience. The pair of smart glasses are bringing the outside world into clear view for those who need a little assistance. 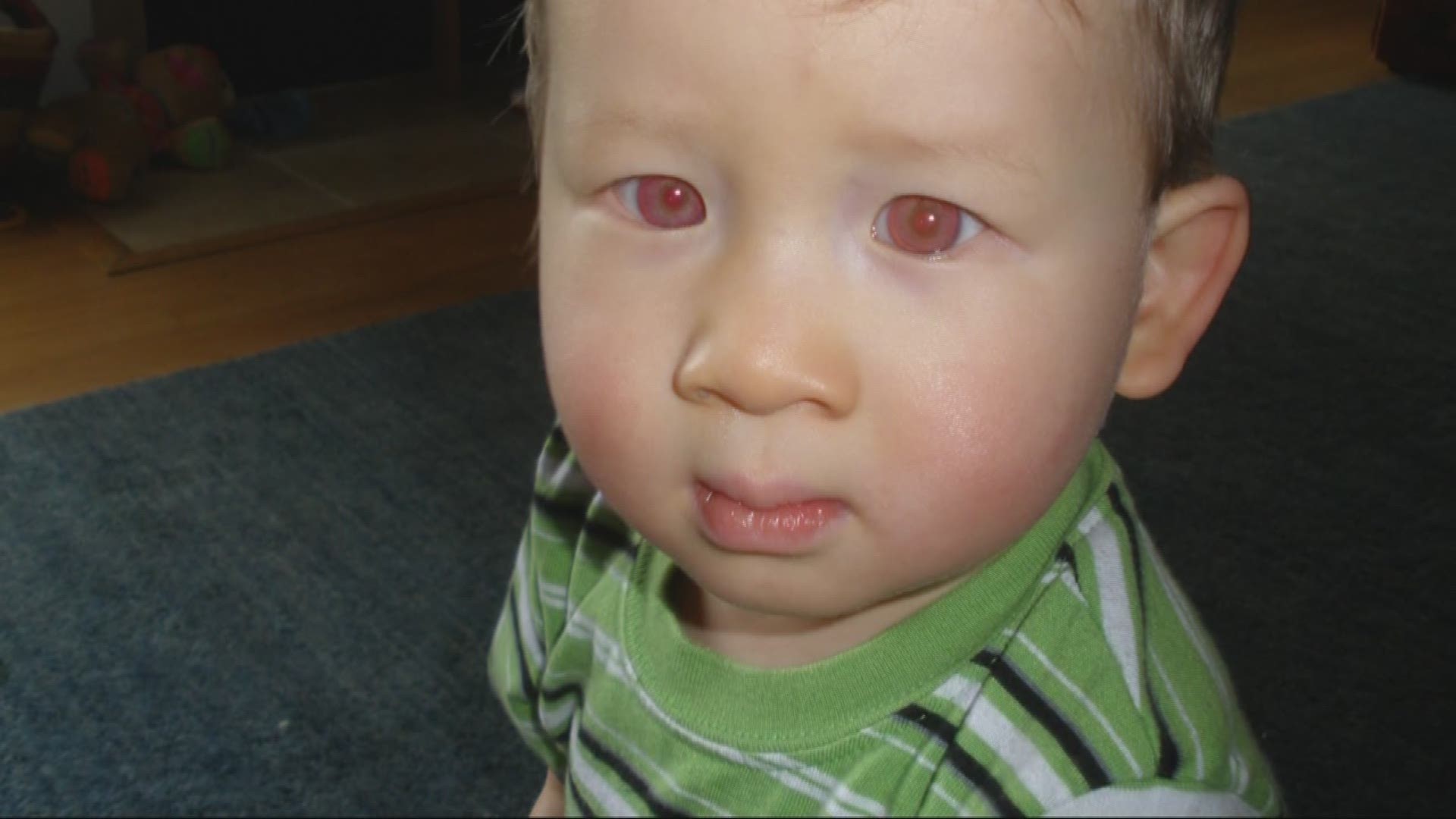 A wearable head gear is giving the visually impaired and eye opening experience. The pair of smart glasses are bringing the outside world into clear view for those who need a little assistance.

But unlike most youngsters, if Felix wants to get a really good look at the camera or even the faces of his parents and siblings, he has to get very close. Felix is legally blind. This is the result of an extremely rare genetic condition. The condition is called Hermansky-Pudlak Syndrome.

"It affects your skin pigmentation so he has albinism and it affects vision, so he has very low vision... around the range of 2350/2400," Felix's mother, Ina Laemmerzahl explained.

Up until just a few weeks ago, everything Felix saw was fuzzy. He could see blobs of color, but couldn't make out facial expressions or see objects across a room. Everything changed after the first time he put on a pair of NuEyes Low Vision Smart glasses. They're wireless, with a built-in computer, and can magnify images up to 12 times.

"For someone who needs additional magnification, doesn't have 20/20 vision, these glasses help him get closer to an object without having to relocate," Kristie Linz with NuEyes stated.

A tiny HD camera on the front of the smart glasses acts as a NuEyes. The live images it captures are projected on to video screens on the inside of the glasses. Manually or with a tiny Bluetooth remote control, Felix can adjust the image size, change the contrast, brightness, color, use voice commands, and activate a text to speech function,bringing the outside world closer to him where ever he is.

This is a life-changing moment for a child whose life started off as anything but normal.

Felix, who is also autistic, was abandoned just five days after birth in his native country of China. The Reges family adopted him from the orphanage there when he was 15 months old.

For this mother, who's been looking at Felix since that first meeting, the realization that her son can now look back and see her is "pretty cool, it's pretty cool."

NuEyes is priced at just under $6,000 and not covered by insurance. But it was an expense the Reges Family did not have to pay. They applied for and were awarded the glasses by the Council of Citizens with Low Vision International.