Professional swimmers at the TYR Pro Swim Series in Knoxville hosted a clinic to help elementary swimmers with Tennessee Aquatics perfect their form. 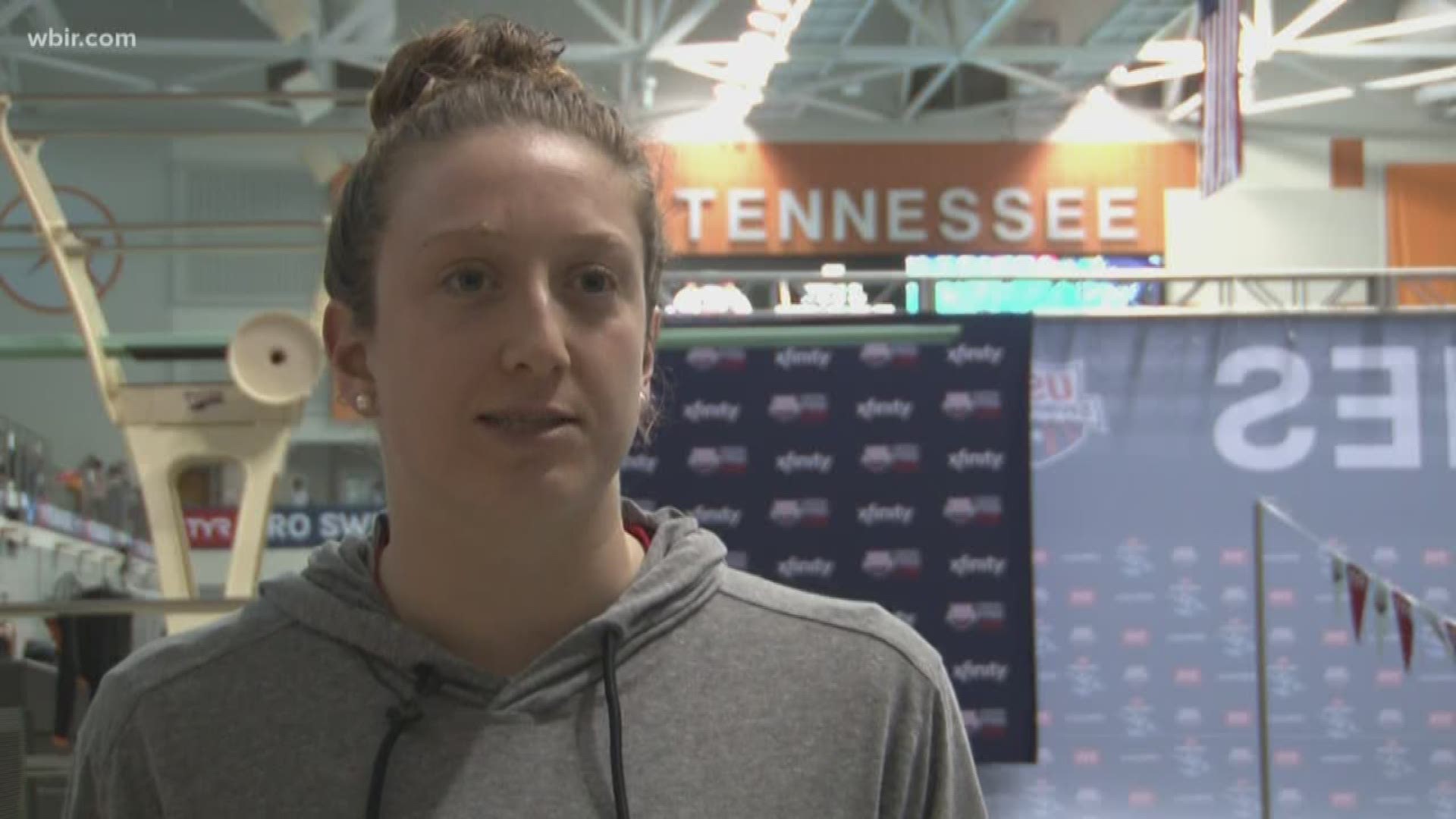 KNOXVILLE, Tenn. — Some of the nation's fastest swimmers are making a splash at the TYR Pro Swim Series in Knoxville.

Former and future Olympians are racing to improve times and secure awards before the Olympic trials this summer. Even though some of those swimmers are fighting for a spot on the Tokyo 2020 Olympic team, they still found time to help the younger generation of swimmers.

Whether they're jumping from the official stand, or stepping from the side of the practice pool, there's no real difference in the professional swimmers and the elementary ones when it comes to their drive.

Take it from 9-year-old Elli Carnes. She's a member of the Tennessee Aquatics team and has big dreams.

"I want to go to the Olympics," Carnes said.

That's why swimming clinics with the pros are so important, according to three-time Olympic Gold Medalist and NBC commentator Rowdy Gaines.

"You have these wide-eyed children that are just so excited about being a part of something special," Gaines explained.

Gaines taught kids on Saturday how to excel in their lane.

"I can see sometimes how much they love being in the water with an Olympian or someone who's trying to improve their stroke and we give them hopes and we give them dreams and that's what it's all about," Gaines said.

With their goggles and swim caps on, these kids were ready to go for the gold. But according to 6-year-old Avery Spencer, they still have much to learn.

U.S. National Swimmer Emily Escobedo took time after swimming in her own trial to share the water with future winners.

"We as clinicians meet so many future Olympians that they don't know yet and we don't know it yet, so it's just cool to meet kids where you don't know where they'll be one day," Escobedo said.

RELATED: These East TN athletes could compete in the Tokyo Olympics

In the meantime the young swimmers will "wade" for their Olympic day.

"Never give up," Gaines said. "Because I believe each and every one of them was put on this earth for a very specific purpose, and maybe it's swimming!"

This is the second year in a row the TYR Pro Swim Series landed in Knoxville.

The trials continue on Sunday, January 19 at the Allan Jones Intercollegiate Aquatic Center. The events are open to the public.