One Knoxville bar owner's fight against the 10 p.m. curfew

With 10 citations and another charge after an incident outside the bar that left one person dead, Richard Lawhorn is battling with the city over its 10 p.m. curfew. 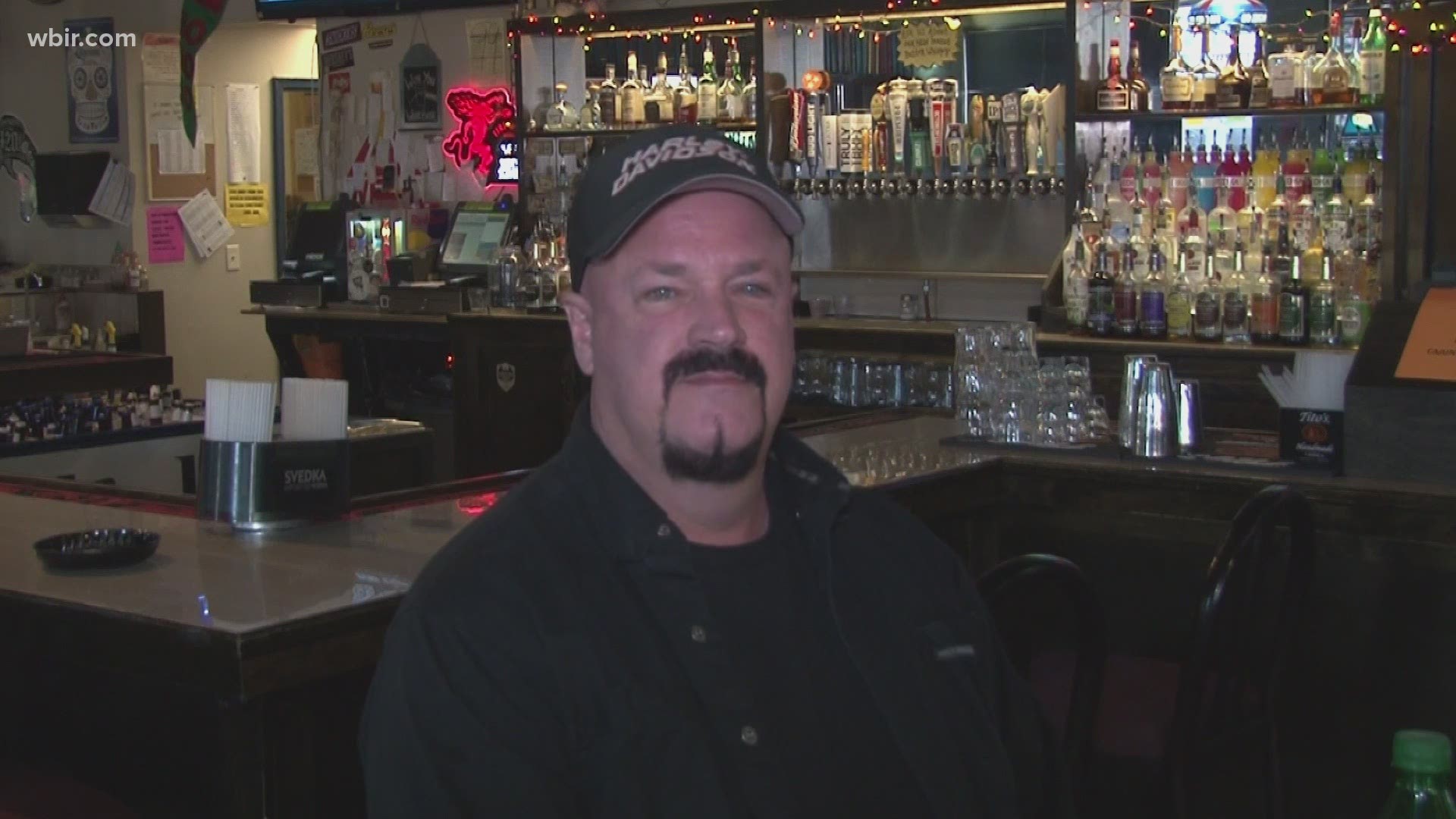 KNOXVILLE, Tenn — Richard Lawhorn, owner of Billiards and Brews, is making his case on why his business continues to break the city's 10 p.m. curfew.

The Knox County Board of Health set the curfew to help curtail the spread of COVID-19 as the county's virus cases, hospitalizations and virus-related deaths steadily rise. For him, though, he said it’s not about defying the law.

"The Board of Health regulations are completely constitutional. The legislature of Tennessee has delegated emergency powers to the governor. He then has issued emergency orders, including serval over the past 6 months, which specially authorize local public health departments to issue binding regulations," Harris said.

The city amended its original complaint, adding more citations and a charge for an incident outside of the bar that left one person dead. Brandon Lee, 30, was shot and died early Sunday hours after an imposed 10 p.m. curfew at Billiards & Brews, according to the Knoxville Police Department.

The Knoxville Beer Board is considering temporarily taking the "brews" out of Billiards & Brews over the repeated violations by suspending Lawhorn's beer permit for at least 75 days.

Lawhorn said he felt it is unfair the city wants to increase the suspension from the original 45 days it had proposed.

"You can't change the rules in the middle of it because you don't like what I'm doing," Lawhorn said.

He says he has no plans of changing what he’s doing now.

Lawhorn believes he has a strong case. He also said when all of this is done -- he might run for city of Knoxville mayor.

The Knox County Beer Board will meet January 11 for a pre-hearing to discuss suspending Lawhorn's beer permit, citing the current "emergency that exists in the city of Knoxville due to COVID-19" and Billiards & Brews "flagrant" violations.