The 7-year-old supercomputer is set to be retired on August 1. 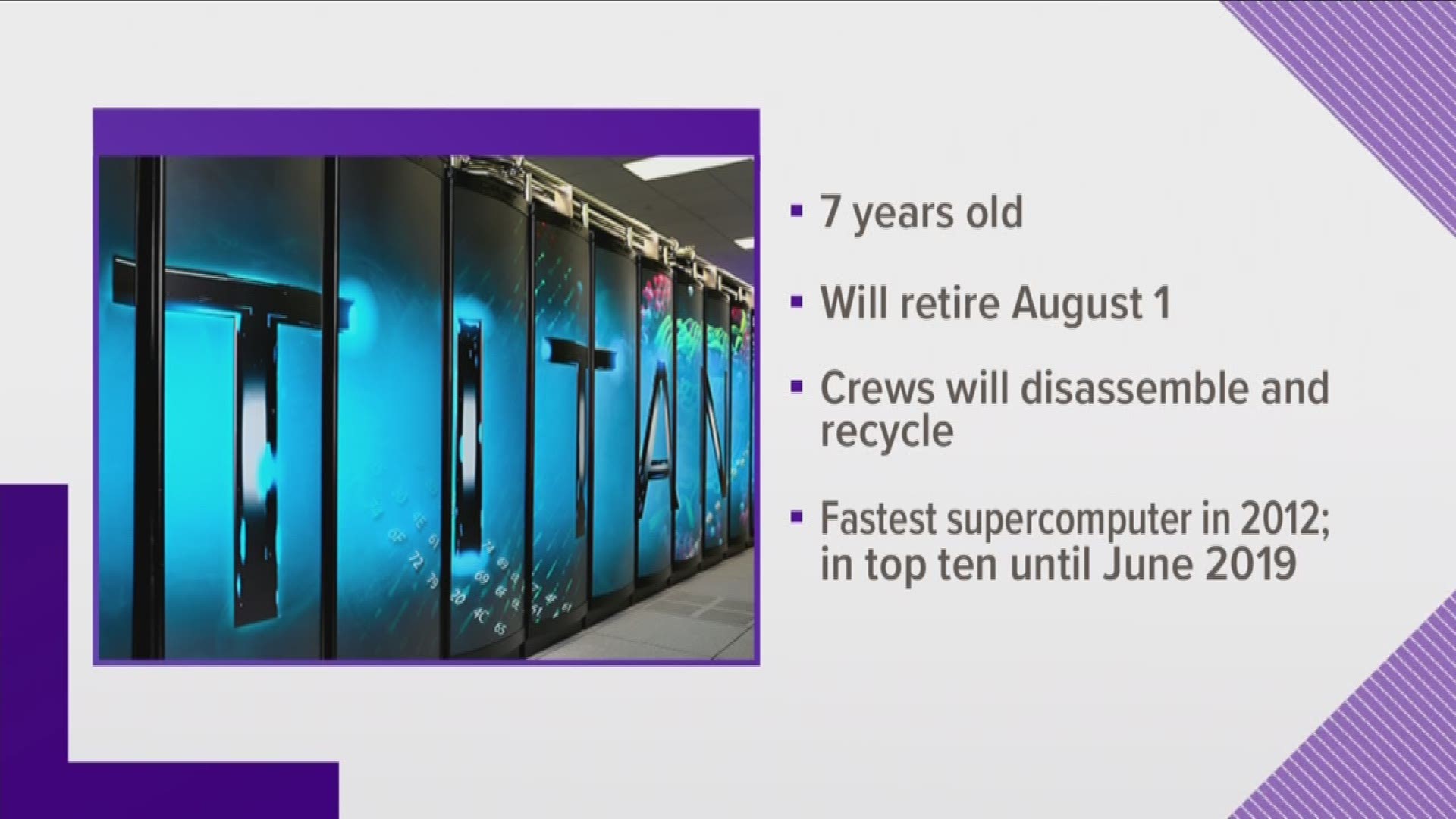 The Oak Ridge National Lab will soon be retiring its record-breaking Titan supercomputer.

The 7-year-old supercomputer is set to be retired on August 1. ORNL said crews will disassemble it and recycle its components.

The supercomputer was once the fastest in the world after it made its debut in 2012. Built by Cray Inc., it was the first graphics processing unit-based supercomputer to reach more than 17 petaFLOPS -- that's 17 quadrillion FLOPS! The computer was capable of performance up to 27 petaFLOPS.

Summit is eight times more powerful than Titan. As of June 2019, Summit remained the most powerful in the world by a wide margin with a peak of more than 200 petaFLOPs.