Blackjewel Mining filed for Chapter 11 bankruptcy at the beginning of July and said they would need about $6 million to pay employees. 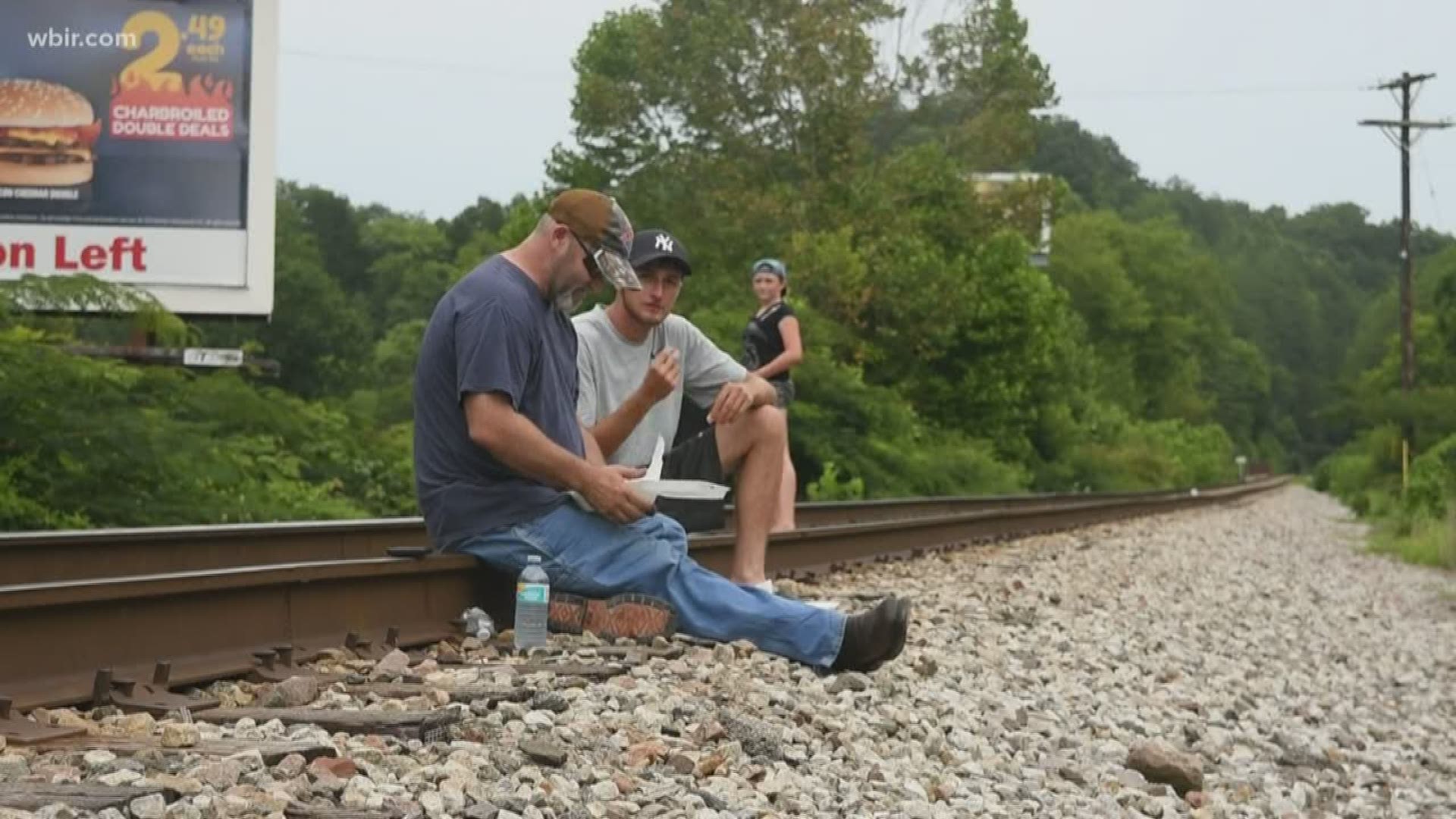 HARLAN COUNTY, Ky. — Weeks after their final paychecks bounced, out-of-work miners in an eastern Kentucky town are trying a desperate move to get paid for their labor.

Miners and their families have camped out on the train tracks near Cumberland in Harlan County to block coal trains from passing after their employer, Blackjewel LLC, abruptly filed for bankruptcy and stopped paying them at the beginning of the month.

As many as 200 Harlan County coal miners and another 1,500 in Kentucky and other mines in the U.S. are out thousands of dollars in pay as a result of the bankruptcy.

The company said it would need about $6 million to pay those employees.

Kentucky AG Andy Beshear and Virginia AG Mark Herring jointly filed a request to the Office of the United States Trustee for the 'immediate payment' of all wages owed to the employees in the middle of the month.

Kentucky Governor Matt Bevin said the Labor Cabinet will investigate the coal mining company, saying the cabinet will look into complaints the company failed to pay employees for time worked.

But miners and their families are still struggling to make ends meet.

The miners have organized in a Facebook group where they are posting videos of their camp out.

Seth Brock and his 8-year-old son Zack were among the dozens of people voicing their concerns.

His son Zack said he felt he had to come support his father and his friends.

"I just feel like it's wrong," he said. "We're going to stay here and block every coal truck or train that he has."

As they waited, the protesters have tried to pass the time. Families set up corn hole boards and tents as music played in the background. Fathers, like miner Shane Smith, danced with their young daughters on the tracks. Smith and his fiancee Jennifer just had a baby earlier this month and the loss of his job has been a nightmare.

"It’s a struggle. I’m on medical leave from my job and he’s going on six weeks with no income. It’s hard. No parent should ever be put in a situation to where they feel this way. Do you pay your car payment to keep it from being repossessed or pay the electric bill to keep your lights on? I pray for us & the other families dealing with the same struggles," Jennifer told LEX 18.

Kentucky State Police in Harlan say they have not been contacted by CSX railroad officials nor have they issued any citations or made any arrests.

Credit: Grace King
As of Tuesday evening, miners and their families had moved back onto the train tracks.

CSX is monitoring the situation in Harlan County, KY. We understand this is related to a dispute between the mining company and its workers. CSX has taken precautions to ensure the safety of our employees and hopes for a quick resolution.

Blackjewel, the sixth-largest coal producer in the U.S., filed for Chapter 11 bankruptcy protection in early July, with the Associated Press reporting the company owes at least $500 million in liabilities.

Beshear said his office has dedicated an investigator to look into complaints related to pay and child support deductions, and has also provided mediators to help employees mitigate debts owed as a result of bounced paychecks.

He said Kentuckians with complaints regarding Blackjewel's bankruptcy should contact his office at (502) 696-5300 and ask to speak with Jan Velez.