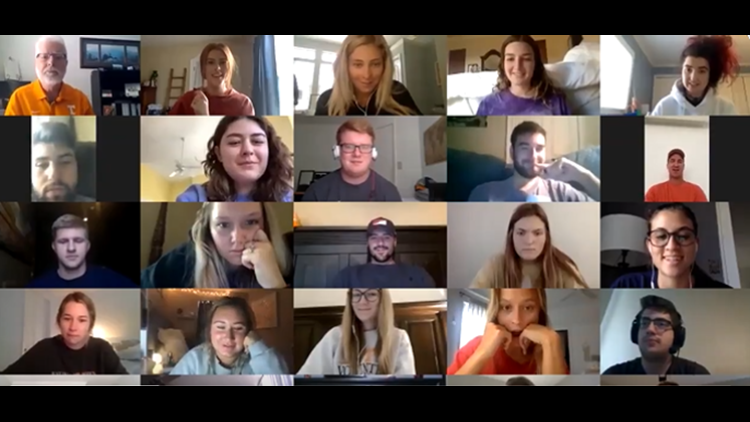 KNOXVILLE, Tenn. — Imagine logging into an online class only to be greeted by one of the greatest quarterbacks of all time.

That's exactly what happened to one class of UT students, who attended their communications seminar and were greeted by none other than Peyton Manning himself.

@UTKnoxville posted a video of the exchange on Thursday.

"Mr. Thompson I think you were late for class," Dr. Haas says.

When the camera picks up Manning, the students in the class offer up some pretty hilarious reactions which range from this....

Manning then offers some words of encouragement to the communications class:

"I just wanted to drop in and say hello to all the fellow communications students there and realize this is a unique time and probably not the way you guys expected to spend your senior year. I just encourage you to keep a positive attitude, keep working."