After what appears to almost four days lost and and alone in the woods, he was likely hungry and dehydrated, but alert, conscious, and in good spirits. 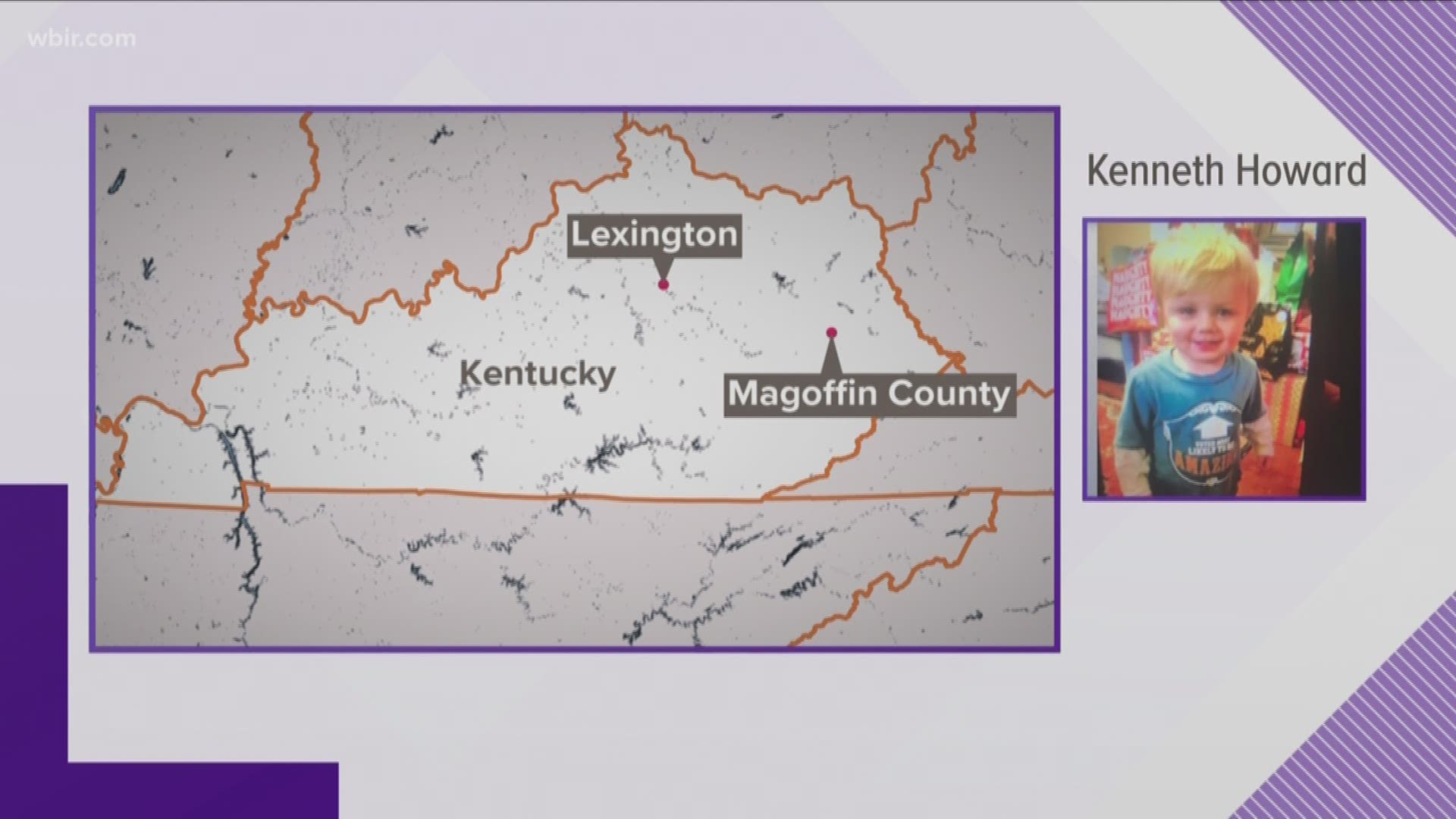 SALYERSVILLE, Ky. — A frantic four-day search in southeast Kentucky ended with success when a 22-month-old boy was found safe within a half mile of his home.

Kenneth Neil Howard was reported missing about 7:30 p.m. on Sunday. He lives with his family in rural Magoffin County, located about two hours east of Lexington.

A huge search effort got underway, and crews got the news everyone was hoping for on Wednesday.

A team with an expert tracker on it heard a faint cry in a strip pit area near the boy's home. They followed the sound, and spotted Howard about 50 feet down an incline.

Rescuers used ropes and a stokes basket to safely reach the toddler and pull him to safety. After what appears to almost be four days lost and and alone in the woods, he was likely hungry and dehydrated, but alert, conscious, and in good spirits.

The boy wasn't far from home, just about 1,750 feet in a straight line, according to rescuers, but the terrain was rough and rocky.

Search crews said it really is amazing that he made it that far without serious injury.

"The child is a true Kentucky mountain boy," said one of the searchers.

Howard was taken to a hospital to be checked out.

Over the past four days, 250-300 searchers from at least 40 different departments helped in the search effort, along with eight to ten dog teams. They also utilized drones, helicopters, and infrared technology.

Search crews are trying to find a missing toddler in Eastern Kentucky.

Crews have been using a drone with thermal imaging to help with the search effort and plan to use dogs when efforts resume.

According to WLEX 18 in Lexington, Ky., several other counties are offering their assistance.

“I think the child got out the back door of the house. The way that the house sits, you’re looking down the road. So for the child to get down the road, his dad would’ve been able to see him,” said Robert Prater, director of the EMA and a friend of the family.

The community is still hoping and praying to find Kenneth and bring him home.