Think Tennessee, a nonprofit think-tank, estimates more than 400,000 people cannot vote in Tennessee due to a felony conviction. 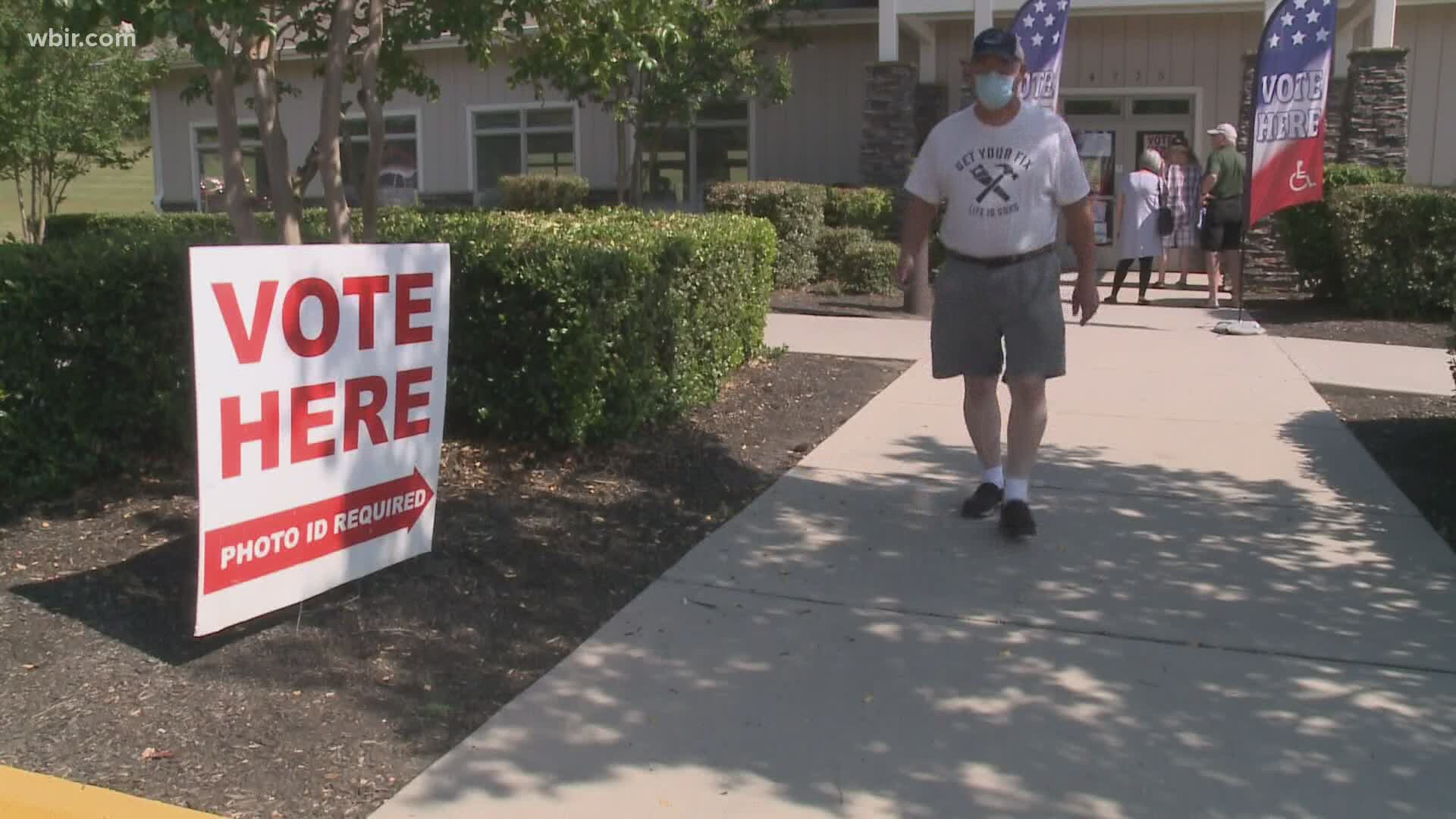 KNOXVILLE, Tenn. — As people celebrate the ratification of the 19th Amendment, Think Tennessee president Shanna Sigh Hughey said it can be a springboard for other conversations about voting rights and restoration.

"We rank 48th nationally when it comes to failing to return the ability to vote," she said.

Think Tennessee is a non-profit, nonpartisan think tank that looks at Tennessee's policies, and part of its work has a lot to do with voting rights.

"One of the things we look at is what do all the other states have," Hughey said.

She said there enough people who cannot vote in Tennessee to roughly fill four Neyland Stadiums.

"There are more than 400,000 Tennesseans can't vote because of a past felony conviction," she said. "That's 1 in 12 voting Tennesseans and 1 in 5 African-Americans, which is a very is number."

She also said comparing Tennessee to other states matters too.

"Tennessee is one of 12 states who say if you commit a certain crime, you will never ever, ever vote again," Hughey said. "We're one of very few states that require folks to be current on their fines or fees and we're the only one if the country that says you have to be current on child support payments."

Hughey said only around 3.6 percent of people who would have been eligible to restore their voting rights have managed to regain them.

Hughey said there was a bill moving through the legislature this year to address problems with voting in Tennessee, but the COVID-19 pandemic brought it to a halt. However, next year it could gain new traction.

"When we go back next year it will be a new session and a new opportunity to really get the bill right," Hughey said.